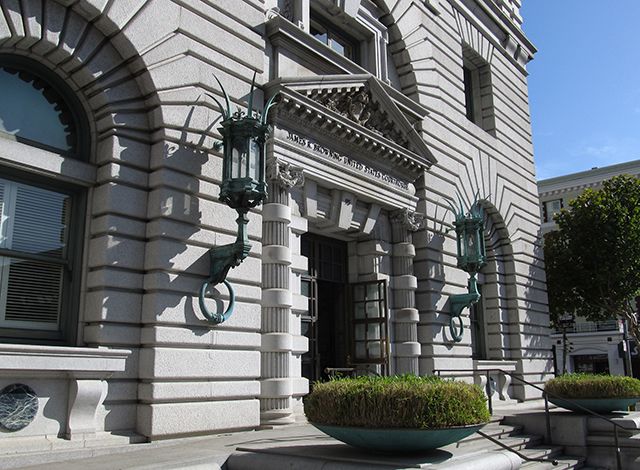 In a victory for the gun lobby, a three-judge panel of the U.S. Court of Appeals for the Ninth Circuit has invalidated California’s law limiting gun magazines to 10 bullets, saying that the law violates the Second Amendment.

In a ruling published today in the case known as Duncan v. Becerra, Circuit Judge Kenneth Lee acknowledges the scourge of gun violence and mass shootings in this country, but he writes, “Even well-intentioned laws must pass constitutional muster.” And he adds that banning high-capacity magazines “strikes at the core of the Second Amendment — the right to armed self-defense.”

Lee is a 2019 appointee to the court, nominated by President Trump. Joining him in the 2-1 decision was Judge Consuelo Callahan, who was nominated to the court by George W. Bush.

A dissenting opinion came from U.S. District Court Judge Barbara Lynn of Texas, who was named to the three-judge appellate panel. Judge Lynn cited the earlier Ninth Circuit precedent of Fyock v. City of Sunnyvale (2015), which held that bans on high-capacity magazines don’t conflict with the Second Amendment. Judge Lynn also cited decisions by six other sister circuit courts that conflict with this one.

Seven other states currently have similar bans on the books.

California Attorney General Xavier Becerra has yet to indicate whether he will seek an appeal from a larger panel of judges on the circuit. The case has the potential to head to the Supreme Court, which has generally avoided many Second Amendment challenges in recent years.

As the Associated Press reports, today’s ruling upholds an earlier San Diego district court ruling from 2017. And the NRA is more than likely to push to get this case before the Supreme Court now that it has a conservative majority.

Bizarrely, in his majority opinion, Judge Lee cites violence against Black people by the Ku Klux Klan and recent violence against Asian Americans stemming from stereotypes connected with the coronavirus (he doesn’t mention the president’s own incitement of this racial animus) as reasons why high-capacity magazines are necessary for self-defense. Also, he cites the fact that many communities either distrust law enforcement to protect them, or they live in rural places where such protection isn’t always guaranteed.

To wit, from the decision:

While Hollywood and the Bay Area symbolize California to the world, the Golden State is in fact a much more diverse and vibrant place, with people living in sparsely populated rural counties, seemingly deserted desert towns, and majestic mountain villages. In such places, the closest law enforcement may be far, far away — and it may take substantial time for the county sheriff to respond. And it is no guarantee that the things that go bump in the night come alone; indeed, burglars often ply their trade in groups recognizing strength in numbers.

Thus, you need a gun magazine with more than 10 bullets to defend your homestead against marauding gangs!

Anyway, expect a lot more of this bullshit now that Trump and McConnell have succeeded in packing the courts with judges whose opinions adhere to conservative politics more than sound legal reasoning.