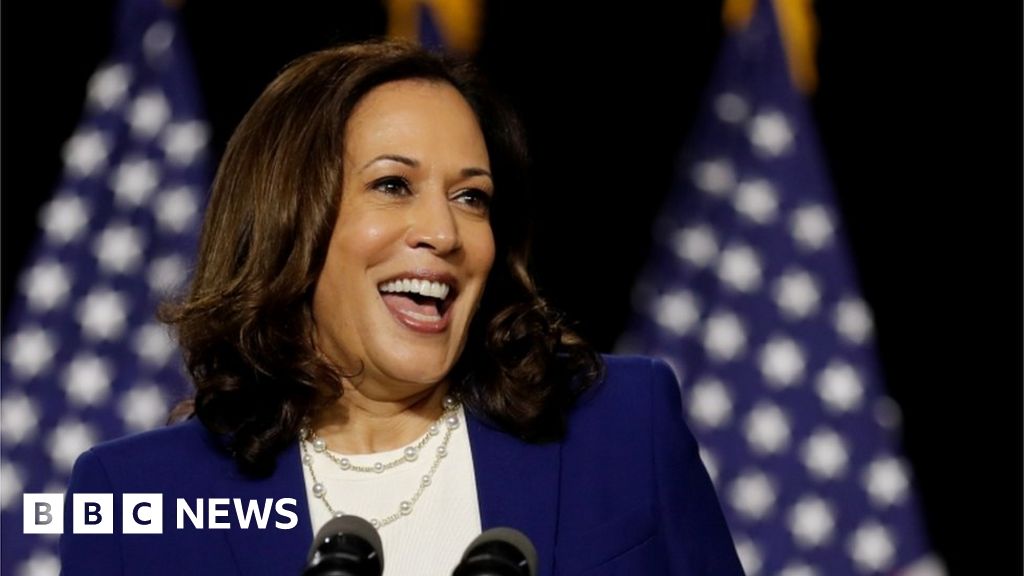 Is Democratic vice-presidential candidate Kamala Harris a far-left ideologue or a sober-minded centrist?

Even President Donald Trump and his Republican allies seem undecided about how to define the California senator ahead of November’s election.

During the Democratic party’s contest to pick its challenger to Mr Trump, Ms Harris ran to the left of the eventual winner Joe Biden, for whom she is now the running mate.

Amid speculation about whether Mr Biden, 77, could pledge to serve only one term in office, her political positions are coming under intense scrutiny.

GovTrack, an independent nonpartisan website, lists her as the most liberal of all 100 senators. The New York Times labels her a pragmatic moderate; Fox News hosts call her a radical.

Ms Harris – the only black woman in the US Senate – is broadly aligned with the rest of her party in supporting law enforcement reforms.

But rather than openly call for defunding of police departments, as many liberal Democrats desire, she has spoken of “reimagining how we do public safety in America”. Mr Biden says he does not support defunding police.

Ms Harris has described herself as a “progressive prosecutor” and “top cop” in her previous roles in California, but her record rankled both liberals and conservatives.

As San Francisco district attorney in 2004 she infuriated police by declining to seek the death penalty for a gang member who had gunned down an officer. In 2014, she outraged progressives as state attorney general by appealing against a judge’s ruling that the death penalty was unconstitutional.

In 2015, she did not support efforts to ensure incidents of police deadly force in California were independently investigated, or that all officers should wear body cameras.

Ms Harris’ shifting opinion on this issue damaged her presidential campaign. She was one of the first top Democrats to join Senator Bernie Sanders’ 2017 Medicare for All bill to provide government-run medical insurance for every American.

But after professing support for eliminating private health insurance companies, she swiftly backtracked.

Mr Biden does not back Medicare for All – and has called instead for bolstering President Barack Obama’s landmark Affordable Care Act.

Ms Harris was a co-sponsor of the Green New Deal, a policy paper that advocates overhauling the US economy to tackle climate change. Conservatives decry it as a “socialist manifesto”.

Ms Harris opposes fracking and has called for federal legal action against the fossil fuel industry.

In her presidential campaign, she outlined a $10tn climate plan for net-zero emissions by 2045.

During her White House bid, Ms Harris promised to use executive action to enact stricter gun control if she became president.

Like most Democrats, she supported more regulation of gun manufacturers, mandatory background checks, tightening loopholes and a ban on assault weapons.

She also said she was open to the idea of going even further and supporting a “mandatory buyback”, compelling owners of assault weapons to forfeit those guns.

During the Democratic primary, Ms Harris supported highly contentious taxpayer-funded abortions, arguing they would save the lives of lower-income women. So did all the other contenders (including Mr Biden after a flip flop – Ms Harris chastised him over the matter in a live TV debate).

It was a far more generous policy than left-wing Democratic contenders Elizabeth Warren and Bernie Sanders, who backed a three-month paid leave bill.

Ms Harris also suggested during her campaign that large companies should be required to be “equal pay certified” to close the gender pay gap, or face fines.

Like all of the other Democratic 2020 contenders, Ms Harris – the child of immigrants herself – pledged to offer a path to citizenship to the millions of undocumented immigrants living in the US.

And like most of the other candidates, she supported decriminalising border crossings by undocumented immigrants and providing taxpayer-funded healthcare for those crossing the US border without papers.

In a 2018 Senate hearing, Ms Harris outraged conservative by drawing parallels between the Ku Klux Klan and Immigration and Customs Enforcement, an agency within the US Department of Homeland Security.