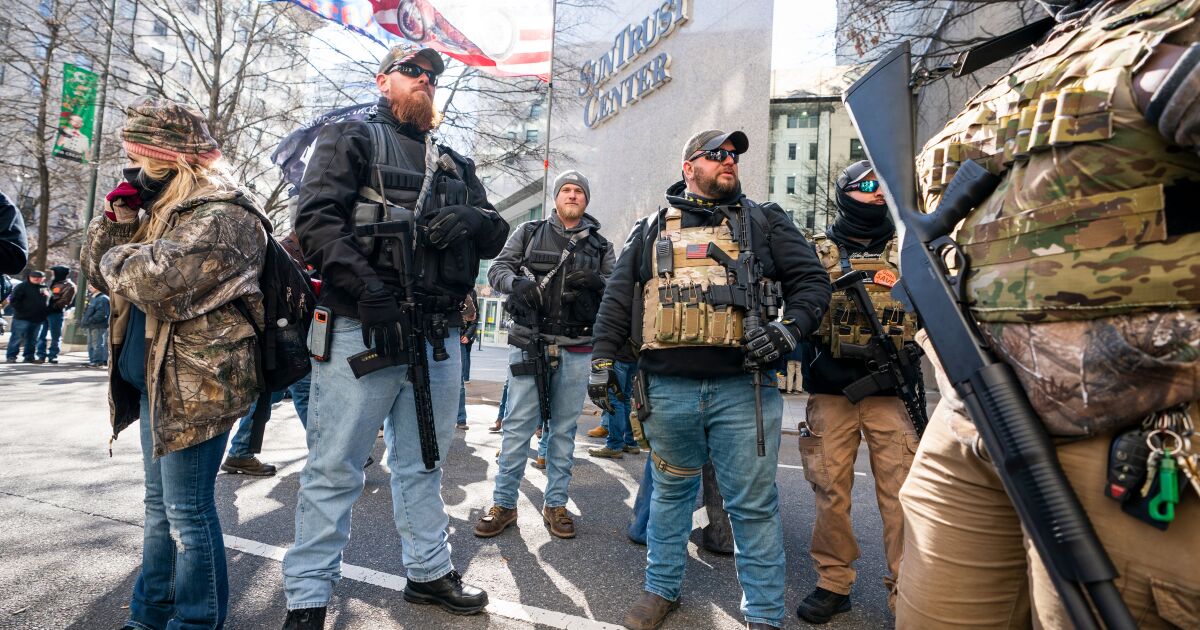 The candidates change; the divide on guns remains the same. The surprise will be if the contest between Democrat Joe Biden and Republican President Trump unearths much beyond what voters have come to expect from the two major parties on gun policy in recent elections.

The Democrats inevitably favor tighter restrictions on gun purchases and ownership, believing that the constraints will help prevent mass shootings and drive down more everyday gun violence. The Republicans inevitably prefer greater liberty for gun owners and users, arguing that even modest restrictions infringe on a fundamental right of self-defense and hobby ownership guaranteed by the 2nd Amendment. Rarely in the twain do the parties meet.

The status quo yielded by this divide has benefited conservatives over the last decade. Gun rights advocates and Senate Republicans have successfully blocked liberal attempts to secure universal background checks or an assault weapons ban, despite widespread popular support for some restrictions. Trump has been a reliable ally for gun activists, and Biden would still face formidable obstacles to change if Democrats don’t also retake the Senate and take a dramatic step in abolishing the filibuster.

During Trump’s first run for office in 2016, the National Rifle Assn. spent more than $30 million in support of his narrow victory. It was a good bet.

Trump has appointed a large number of conservative federal judges and designated gun businesses to be “critical infrastructure” during the COVID-19 pandemic, allowing them to remain open as local governments forced other businesses to close to slow infections.

The Trump administration loosened regulations on the export of firearms and the online publication of technical information about guns, and it reversed an Obama-era rule restricting gun purchases by people deemed by the Social Security Administration to be mentally unable to manage their affairs.

After a massacre at a Parkland, Fla., high school in 2018, Trump suggested arming schoolteachers who were “adept” with guns as a response to school shootings. Polls showed most teachers opposed the concept, which was also opposed by teachers unions.

After Democrats took control of the House of Representatives in 2018 and introduced legislation to expand background checks and more tightly regulate gun sales and transfers, the Trump administration threatened to veto the measures if they came to the president’s desk.

Trump’s personal talk on guns has sometimes drifted away from his administration’s walk. After major mass shootings in 2019 — including one in El Paso where a white gunman specifically targeted Latinos — Trump expressed an openness to expanding background checks and so-called red flag laws that allow the government to take guns away from a person deemed to be at higher risk of committing violence.

That didn’t happen. Apart from a narrow ban on niche “bump stock” accessories used by a gunman to increase his rate of fire in the 2017 Las Vegas massacre, Trump did not take action and has resumed bashing Democrats for pursuing tighter regulations, earning plaudits from gun activists.

“You promised to defend the 2nd Amendment and stand tall for the constitutional freedoms in which our members believe,” the NRA said in a July endorsement of Trump’s reelection. “You have delivered on your promise in extraordinary ways.” In a recent interview with a Catholic TV station, Trump declared that “I saved the 2nd Amendment. If I wasn’t here, you wouldn’t have a 2nd Amendment.”

Biden, too, enters the race with a long record in the gun control debate and the backing of a major player in gun policy advocacy, Everytown for Gun Safety, one of the NRA’s major adversaries.

During the Democratic primaries, the former vice president liked to boast that he was the only candidate who had taken on the NRA and won. In 1993, when Biden was an influential senator, he helped passed the legislation that founded the existing background-check system, and in 1994, he also helped passed the so-called assault weapons ban that restricted sales of guns such as the AK-47 rifle for 10 years.

The NRA has also taken on Biden and won. As President Obama’s vice president, Biden spearheaded White House efforts for tighter gun control after the Sandy Hook Elementary School massacre in 2012, which largely met failure. Biden’s plan proposed universal background checks, and new bans on semiautomatic rifles and magazines that contained more than 10 bullets. Those hopes died in the Senate as each measure failed to reach the 60 votes necessary to overcome a filibuster by Republican senators.

As candidate, Biden supports universal background checks and a ban on the manufacture and sale of semiautomatic rifles and higher-capacity magazines, along with tighter regulation or the buyback of those weapons currently in private hands. Smaller-bore proposals including limiting the ability of Americans to buy more than one gun a month.

Biden supports restricting gun purchases and possession by fugitives, people convicted of hate crimes, and those deemed by the Social Security Administration to be unable to manage their own affairs. He also supports banning online sales of weapons and ammunition and requiring background checks for people buying gun kits or 3D printer codes for guns.

“We can and will end our gun violence epidemic,” Biden tweeted this month.