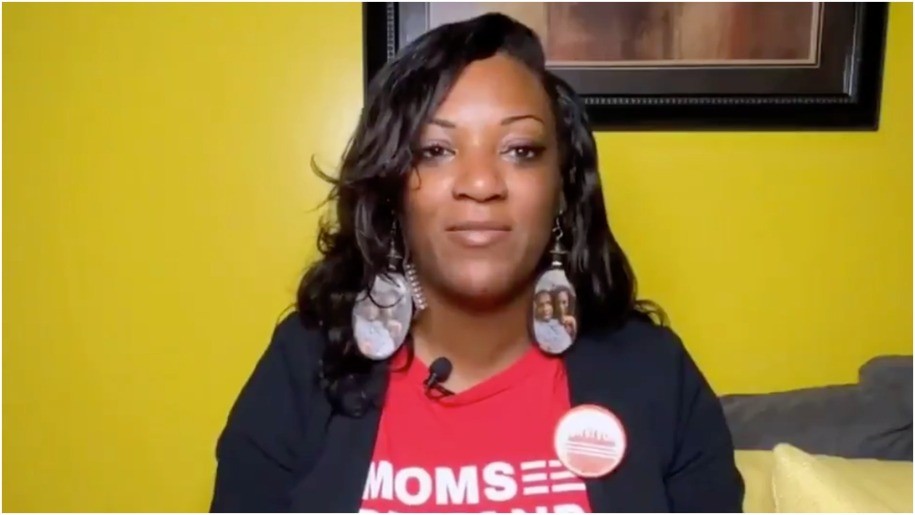 The mother said her son was dancing when he was shot in the back left side of his head, “shattering his skull … One shot changed our lives forever,” Dycus said. “Today Andre does not talk. He does not walk. I know he knows me by the smile he shows when I walk in his room, but I’m unsure if he knows a gunshot has changed his life.”

The mother said since March she’s only been able to see her son three times, and she can’t touch or hug him due to the COVID-19 pandemic. “People tell me that I’m lucky. I tell them we are blessed. I remind them that my son is in a wheelchair and unable to feed hisself,” Dycus said. “I don’t think DeAndre feels lucky when he has to be bathed from head to toe or gets injections for muscle contractions.”

Dycus said she is thankful her son is alive but the child she gave birth to “is not able to live his dreams and that hurts … Every day we’re reminded that he may never be the same,” she said. “We are not alone. In every town across America, there are families who know what a bullet can do. That’s why I’m a mom who volunteers to stop this.

“President Trump, he doesn’t care,” she added. DeAndra referenced the 17 people shot and killed when a gunman opened fire in a high school in Parkland, Florida, on Feb. 14, 2018; the more than 55 people killed during the mass shooting at the Mandalay Bay Hotel and Casino on Oct. 1, 2017 in Las Vegas; and the more than 20 people killed at the mass shooting at a Walmart on Aug. 3, 2019 in El Paso, Texas.

“He didn’t care about the victims after Parkland, Las Vegas, or El Paso. I want a president who cares about our pain and grief,” Dycus said, “a president who will take on the gun lobby to ban assault weapons, and close the loopholes to keep guns out of the hands of criminals. Joe Biden has taken on the NRA twice and won, and he will do it again as president.”

Ready to hand President Donald Trump—and every Republican—a humiliating defeat? Sign up with Vote Forward to write personalized letters to infrequent, but Democratic-leaning, voters in swing states. Help us wash Trump out of office with a big blue wave of record-breaking turnout.