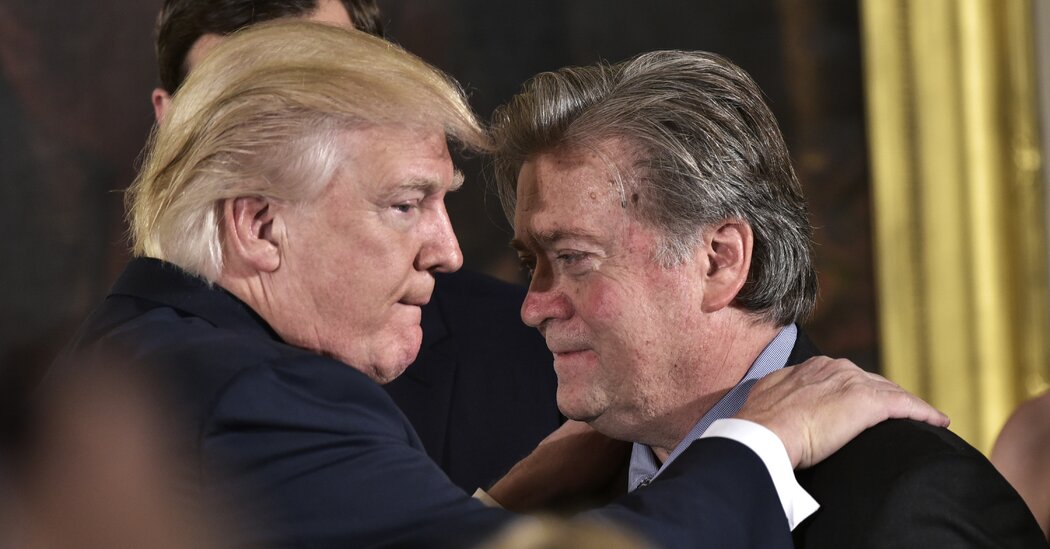 Among other things, the indictment says, Kolfage used the funds to pay for “home renovations, payments towards a boat, a luxury S.U.V., a golf cart, jewelry, cosmetic surgery, personal tax payments and credit card debt.” (He seems to have used the boat, called the Warfighter, to sail in one of Trump’s beloved boat parades.)

On Thursday, Trump tried to distance himself from Bannon and We Build the Wall, first saying he knew nothing about the group, then contradicting himself and saying he disliked it. But lots of Trumpworld figures have been involved with We Build the Wall.

Kris Kobach, a hard-line anti-immigrant Kansas politician close to Trump, is listed as the group’s general counsel, and last year told The New York Times it had the president’s blessing. Also on the advisory board is the Blackwater founder and close Trump ally Erik Prince; Curt Schilling, the ex-Red Sox pitcher Trump encouraged to run for Congress; and Robert Spalding, former senior director for strategic planning on Trump’s National Security Council.

Donald Trump Jr. praised We Build the Wall at a 2019 event for the group: “This is private enterprise at its finest. Doing it better, faster, cheaper than anything else, and what you guys are doing is pretty amazing.”

Maybe Trump Jr. was a sucker who believed this, or maybe he just didn’t care. The truth is that We Build the Wall is what Trumpist private enterprise looks like — a gaudy scam that monetizes grievance.

Bannon himself was apprehended on a yacht belonging to the Chinese billionaire Guo Wengui; The Wall Street Journal reported that a media company the two men are involved with is being investigated by federal and state authorities.