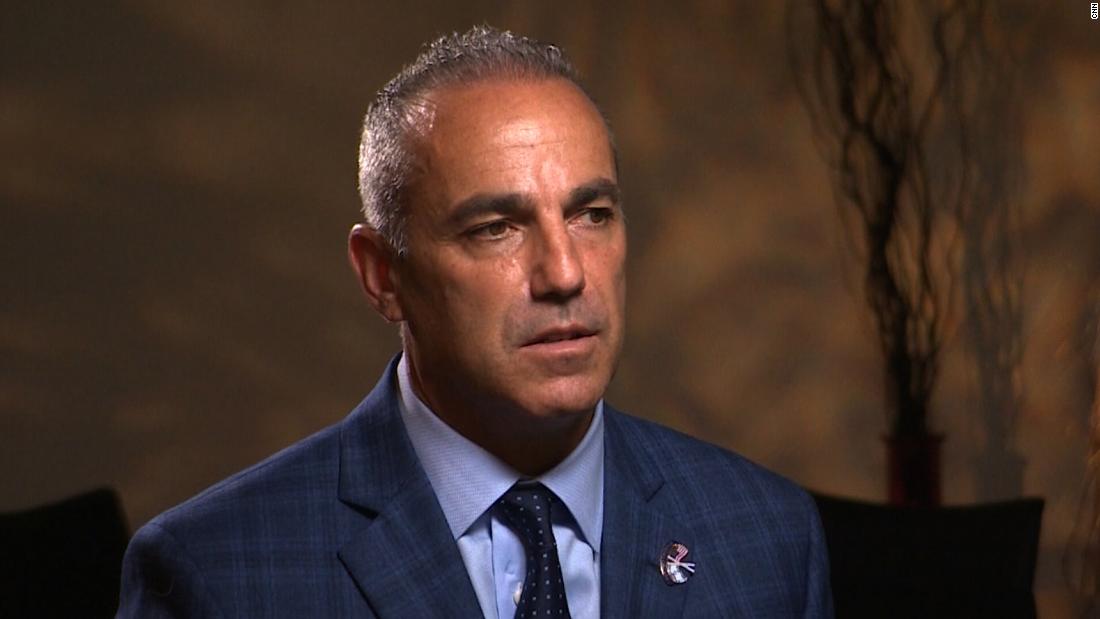 Last week at the Democratic National Convention, Parkland victim Jaime Guttenberg’s father, Fred, was the Floridian to cast his state’s delegate votes for Joe Biden during the roll call.

Before the 2018 shooting, Andrew Pollack wasn’t a political activist, and neither was Fred Guttenberg. But in the face of unspeakable tragedy, after 17 people were killed in the massacre at Marjory Stoneman Douglas High School, the two fathers are among those who have transformed their grief into political activism, with the shared goal of preventing other families from facing the same horror.

“I’m doing everything I can to educate parents. Before you’re a Republican or a Democrat, you’re a mom, you’re a dad,” Pollack told CNN in a phone interview Monday.

Pollack spoke to “the President’s commitment to keeping American children safe” during his taped appearance.

“He listens, you know? It just meant a lot to me that he listened and he followed through. He could’ve just taken a picture with the dead student’s father and did nothing. But he’s not like that, President Trump. He’s had me to the White House in different meetings. He truly cares,” Pollack told CNN.

“Just last week he mentioned my daughter’s name at a press conference. With the world on his shoulders, he’s thinking about my daughter,” he added.

“Behind every failed policy that led to my daughter getting killed was some type of unethical Democrat in Broward County,” he said.

Pollack believes there should be a police presence at all schools. But he’s pleased with Trump administration efforts in the aftermath of the shooting, including the establishment of the Federal Commission on School Safety. The commission released a report with recommendations in December 2018, including calling for the creation of clearinghouse of information and resources to help schools. SchoolSafety.gov, the website for the clearinghouse, was unveiled in February. Some critics were apoplectic when the commission opted not to focus on guns.
Pollack first captured the President’s — and the nation’s — attention in the days after the shooting at a White House listening session in the East Room, raising his voice as he shared his story.

“How many schools, how many children have to get shot? It stops here with this administration and me. I’m not going to sleep until it is fixed. And Mr. President, we’ll fix it. Because I’m going to fix it. I’m not going to rest,” he continued.

The fathers have since taken divergent political paths with the common goal of ending gun violence.

Guttenberg has established “Orange Ribbons for Jaime,” a 501(c)(3) organization that supports programs important to Jaime and pursues “common sense gun safety reforms.” He has also become an advocate against gun violence and vocal critic of the President. He appeared at the State of the Union address as House Speaker Nancy Pelosi’s guest earlier this year, and was escorted from the chamber for yelling out in protest as the President defended the Second Amendment.

“When my daughter was murdered in Parkland, Joe Biden called to share in our family’s grief. I quickly learned about his decency and his civility. But I also learned about his toughness, and how he’s beaten the NRA. Together, with the other victims of gun violence and our nation’s youth, Joe Biden and Kamala Harris will take on the NRA again and win. Let’s win back our freedom to live without fear,” he said from Fort Lauderdale.
Guttenberg has pushed for “Jaime’s Law,” legislation introduced in March 2019 by Democratic members of the House and Senate named for his daughter that would implement instant universal background checks for the sale of gun ammunition. The bill has since stalled.

Pollack, meanwhile, has emerged as a conservative voice in the anti-gun violence movement, and has met with the President and other top administration officials multiple times since the emotional East Room remarks.

He is now the chair of the selection committee for School Safety Grant, an organization that awards grants for technology that seeks to reduce response time for law enforcement in active shooting situations. He believes this technology, which gives law enforcement linked access to inside cameras and the ability to lock and unlock doors and silence fire alarms, could have saved his daughter’s life. Meadow Pollack was shot nine times in the hallway of her school after her teacher evacuated students due to a ringing fire alarm.

Her father continues to speak out against Democratic policies, particularly restorative justice, and calls on parents to get involved in education issues at a local level.

“The Democrats were pushing gun control before the dirt was over my daughter’s coffin, that’s what they did … and they didn’t look at the facts. I wasn’t a hard-right conservative before this and so I looked into the facts and learned what got my daughter murdered. It wasn’t gun control laws, it was policies and people that did nothing,” he said.

As for other Parkland parent activists, Pollack has no hard feelings: “Any parent, in my eyes, that their child was murdered, gets a free pass to say or do what they want.”

In the immediate aftermath of the Parkland massacre, Trump heard emotional stories from people affected by the nation’s deadliest school shootings at that February 2018 listening session, vowing to find a solution to the scourge of gun violence. Despite initial hints of compromise, nothing materialized, and the White House and Congress fell back into blame-shifting.

In February 2019, the newly Democratic-controlled House of Representatives passed a measure that would require background checks on all firearm sales in the country. Currently, under federal law, only licensed gun dealers must perform background checks for anyone seeking to purchase a firearm, which leaves the sale of guns between individuals largely unregulated. That bill has since been held up in the Senate.

House Democrats advanced a number of other measures through the House Judiciary Committee, but lawmakers have yet to find agreement on any legislative fixes. When Attorney General William Barr met with lawmakers to float a background check proposal, it was met with stiff opposition from some conservatives, and the White House later distanced itself from it.

For his part, Trump never made a decision about which efforts he wanted to endorse — an act that leading Republican lawmakers said they were waiting for before moving forward with legislation.

Talks with lawmakers over gun legislation stalled in late September 2019, about the time the relationship between Trump and Pelosi soured over the impeachment inquiry.
Yet despite a bitterly divided Congress, a massive spending bill passed late last year includes $25 million for federal research into gun violence. The provision maintains the long-standing prohibition on any funds being used to advocate or promote gun control.

In addition to the school safety commission, the administration did enact the Fix NICS Act, which incentivizes state authorities to report more data to the country’s gun background check system, in 2018. Congress also passed the STOP School Violence Act in 2018, which aims to provide more training for school officials and local law enforcement to respond to mental health crises, as well as, among other things, money to develop anonymous reporting systems for threats and deterrents like metal detectors and locks.