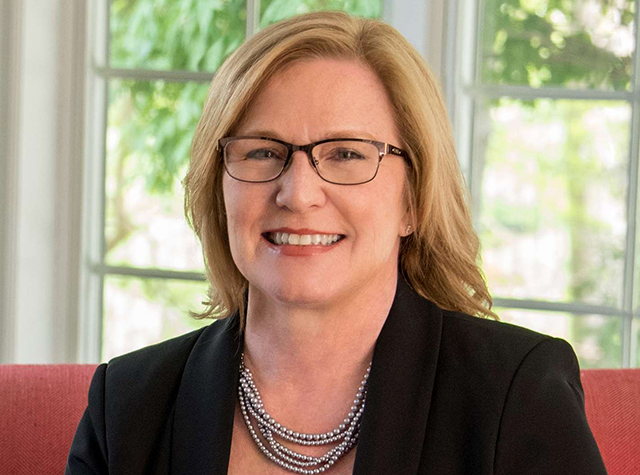 One of the most closely-watched Congressional races in the U.S. this year is right here in Minnesota.

Congressional District 7, represented by 15-term DFLer Collin Peterson, voted for President Donald Trump over Hillary Clinton by a margin of 31 points, making it the most Trump-voting district held by a Democrat in Congress.

Whether that will still be true next year is the big question, and one that’s gained renewed focus on now that former Minnesota Senate President and Lt. Gov. Michelle Fishbach has won the Republican primary: can a better-funded, more experienced Republican finally beat Peterson in a reddening CD7?

CD7 is Minnesota’s largest congressional district by land area, covering 38 largely rural counties from the tip of the Northwest Angle down.

For much of his tenure, political observers have assumed the district would be Peterson’s for as long he wanted it.

That may not be the case anymore. Less than a decade ago, in 2012, Peterson won more votes than his Republican opponent in the vast majority of precincts. That year, he beat challenger Lee Byberg by 26 points.

In recent election cycles, that’s changed, and Peterson’s Republican opponents have won a growing share of the district’s votes.

Cook Political Report says that Peterson’s race is the most competitive in Minnesota. CD7 is tied with CD6, represented by Republican Rep. Tom Emmer, for the most conservative Congressional District in Minnesota. Both are R+12 districts, meaning they average about 12 percentage points more Republican than the U.S. as a whole in the last two presidential elections, per Cook.

“The district has shifted more towards Republicans and not even just to President Trump, just Republicans at large. In the Legislature, it’s gone to almost completely Republican representation,” said Fischbach campaign manager David FitzSimmons. “Not long ago, that wasn’t the case, there was a much closer to even split.”

This year, Cook and Sabato’s Crystal Ball rate the CD7 race as a toss-up, and Inside Elections has it listed as “tilts Democratic.”

Peterson owes his long CD7 tenure to a moderate voting record: he’s the last of the original Blue Dog Democrats, a group formed in 1995 to promote fiscal responsibility in Congress. But it also has to do with his advocacy for agriculture in the heavily rural district, and the fact that he’s the chairman of the House Agriculture committee, a powerful position that makes him a key policymaker.

Peterson has been called “the godfather” of the sugar beet industry, which includes a number of prominent cooperatives and companies that make up a large part of the Seventh District’s economy. Peterson is so important to the industry that a Super PAC called the Committee for Stronger Rural Communities (CSRC) was created this cycle by sugar companies to keep Peterson in office. So far, they’ve raised $900,000.

“We are 100 percent behind Rep. Peterson because of his effective record on farm policy and his independent leadership,” Kelly Erickson of Hallock, chairman of the CSRC and a board member for American Crystal Sugar, said in a statement. “He does what is best for the families, the farms and the small businesses in the 7th Congressional District. We know his opponents will throw everything they can at him, but it is encouraging to see he won every county in the primary, and ended the night with a bigger raw vote total than the opponent he will face in the fall.”

For a Democrat, Peterson’s contributions are unique. For example, long given an A rating by the National Rifle Association, Peterson received nearly $5,000 from the group this cycle. He’s also one of the few Democrats in the country to receive a donation from Koch Industries PAC, one political arm of the influential conservative Koch brothers massive political operation. So far, the group has given close to $1 million Republicans and only around $30,000 to Democrats, including $10,000 to Peterson.

Peterson’s opponent, Fischbach, has not received much backing from the agricultural sector. Instead, her campaign has been supported substantially by state and congressional Republican groups as well as federal leadership PACs. Fischbach was recruited to run for the Congressional seat by Minnesota Sixth District Rep. Tom Emmer, who chairs the National Republican Congressional Committee.

Overall, Fischbach has proven a much more effective fundraiser than her predecessor, Hughes. As of the July fundraising report Fischbach had raised $941,000, while Peterson had raised $1.26 million, some of it saved up from previous runs.

Fischbach also has better name recognition in the district than Hughes did, said Tim Lindberg, an assistant professor of political science at University of Minnesota-Morris. She represented the Paynesville area in the Minnesota Senate for more than two decades and, as Senate president, succeeded to the role of Lt. Gov. after Gov. Mark Dayton appointed Tina Smith to the U.S. Senate.

As for where Fischbach could succeed where Republicans have not in the past, FitzSimmons sees an opportunity for her to pick up more votes in the area surrounding Fargo — the northern part of the district around Moorhead and Detroit Lakes, where Hughes did not do as well as Trump. He also thinks there are more votes to be won in some of the areas that have seen growth, like Meeker, McLeod and Sibley counties.

Lindberg says changes in the Seventh District over the past few years may improve Fischbach’s chances. “Collin Peterson himself was a good fit for the district, but in some ways I think you could think about it as the district left Collin Peterson behind,” Lindberg said.

In an ever-reddening district, Lindberg said Peterson has relied on many voters splitting their tickets — voting for Republicans for races at other levels of government, but also voting for DFLer Peterson.

For agriculture-minded Republicans, there may be another incentive for ticket-splitting: If Peterson is defeated, but Democrats retain control of the House as is expected, the new chair of the House Agriculture Committee will be more liberal than Peterson, according to Lindberg.

Trump won big in CD7, winning the district by a margin of 31 percentage points in 2016. The president has had ups and downs with the Minnesota agricultural industry in his first term, with trade wars lowering ag prices. But it remains to be seen how much that affects the race. Fischbach was endorsed by Trump in the primary and she has voiced strong support for the president.

Lindberg said he drove across the southern corridor of CD7 recently and saw a lot of Trump signs and a lot of Fischbach signs — always together.

“When George W. Bush was up for elections, you would see Peterson signs in the same yards as George W. Bush signs,” he said. He doesn’t think as many voters think that way anymore.

As closely watched as it is 2020, the outcome of November’s Seventh District race may not matter much in a couple of years, Lindberg said. With redistricting coming up, CD7 is likely to either become more Republican — meaning 2020 might be the last time a Democrat could win the seat — or not exist at all.

In 2021, redistricting will seek to reapportion Congressional seats to adjust for population change that have happened over the last decade based on Census data. Minnesota is on the short list to lose a seat. With Peterson on retirement watch in recent cycles, the assumption is generally that the lines of Minnesota’s remaining districts would be drawn to eliminate CD7.

“It has a very sort of short-term impact. It’s very important this year but in 2022 or 2024, there’s going to be very few people paying attention to what happens with this district,” Lindberg said.