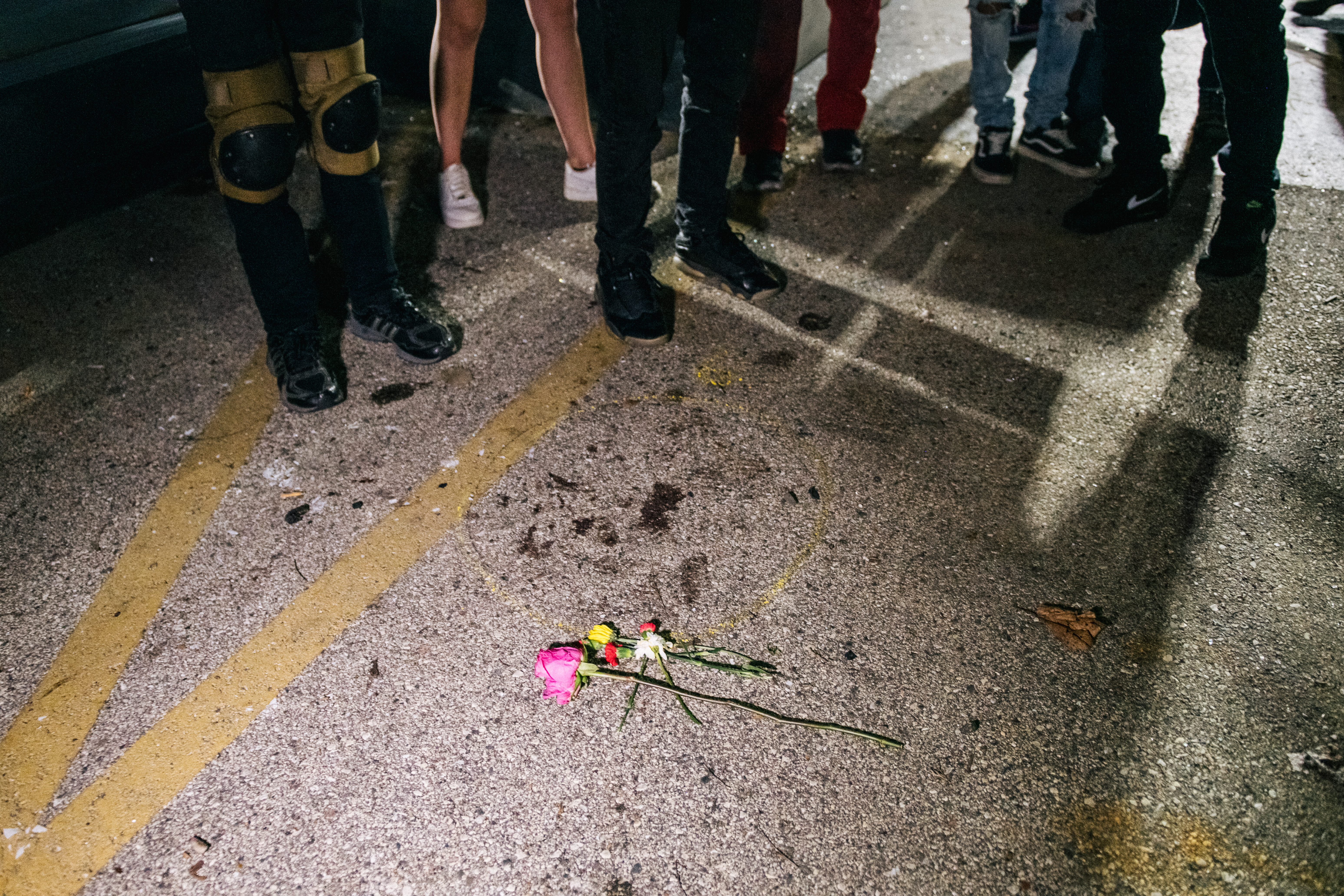 The teen traveled from his hometown of Antioch, Illinois to Kenosha, where protests and riots were taking place following the shooting of Jacob Blake.

Blake, a Black man, was shot in the back seven times by police. His family says he is paralyzed from the waist down.

According to the Associated Press, the Kenosha police union said Blake had a knife and fought with officers, putting one of them in a headlock as two efforts to stun him with a Taser were unsuccessful. State investigators have said only that officers saw a knife on the floor of the car.

Rittenhouse was one of a number of armed citizens who went to the Kenosha demonstrations this week. According to the Milwaukee Journal Sentinel, he considered himself a militia member.

CNN reports that Rittenhouse fatally shot Rosenbaum during a confrontation near a car dealership. People then chased Rittenhouse, who tripped and fell.

As he lay on the ground, a person identified as Huber approached him with a skateboard in his right hand, according to a criminal complaint.

“When Huber reaches the defendant it appears that he is reaching for the defendant’s gun with his left hand as the skateboard makes contact with the defendant’s left shoulder. … The defendant rolls towards his left side and as Huber appears to be trying to grab the gun. The gun is pointed at Huber’s body. The defendant then fires one round … Huber staggers away, taking several steps, then collapses to the ground,” the complaint says.

Rittenhouse was able to leave the shooting scene still armed because he walked toward officers with his hands up, Kenosha Police Chief Daniel Miskin said during a media briefing on Friday, CNN reports. The teen was later arrested in Illinois.

In a statement, the National Association for Gun Rights said Rittenhouse “defended himself and business owners from violent rioters.”

“We fully support law-abiding citizens and their right to defend themselves from violent Antifa thugs,” said Dudley Brown, the group’s executive director. “Kyle was doing his best to protect business owners from losing their entire livelihoods when criminal actors instigated violence against him. Unfortunately for them, Kyle was armed with an AR-15 and their rocks, skateboards and handguns stood no chance against his well-placed shots.”

The association said it is working to connect Rittenhouse with “skilled Second Amendment attorneys” so he can be “well equipped” in court.

“The whole idea of having armed civilians going out and doing the work of police is hugely problematic,” President of Colorado Ceasefire Legislative Action, Eileen McCarron said. “As citizens of this country, we shouldn’t be encouraging that sort of activity. It’s very dangerous.”

Shannon Watts, founder of Moms Demand Action said: “What happened in Kenosha was the inevitable intersection in America of extremism and easy access to guns. No matter what NAGR or President Trump says, armed vigilantes have no place in this country, and anyone who cares about protecting the rights of Americans should be condemning this horrific shooting, not defending it.”

NAGR is a notably conservative group; it has accused the National Rifle Association of being too willing to compromise on gun issues.