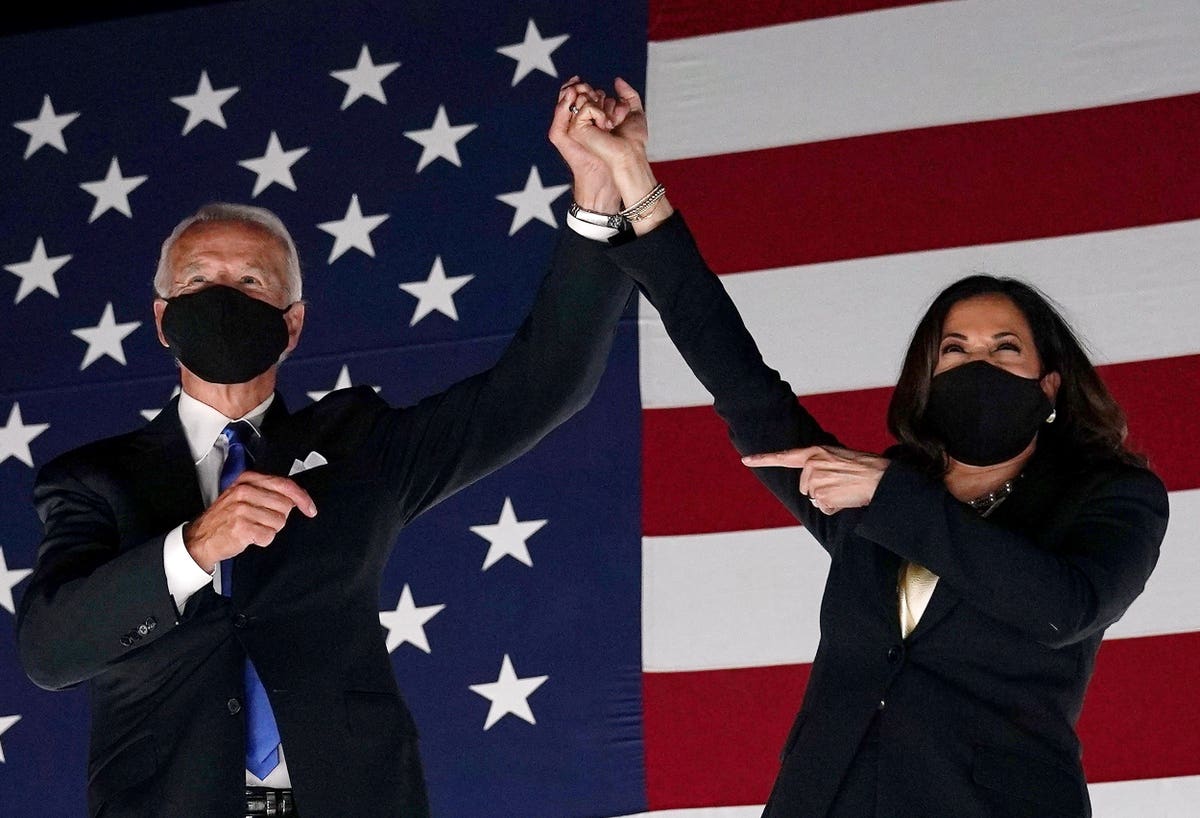 Former Vice President Joseph Biden and Sen. Kamala Harris are pushing for an aggressive gun control policy that is making gun makers nervous and having the unintended effect of driving sales to epic proportions.

“Gun sales are already elevated, in no small part to the threat to gun rights posed by the Biden/Harris ticket,” said Mark Oliva, director of public affairs for the National Shooting Sports Foundation, a gun industry group.

The specter of gun control isn’t the only factor that’s been driving gun sales since the start of the coronavirus pandemic. Gun retailers say the prime catalyst is the desire for self-protection in an era of civil unrest. But as the election draws closer, so does the chance that Democrats could take the White House.

“The Biden/Harris ticket poses an existential threat to the firearms and ammunition industry,” said Oliva. “This is a ticket where the presidential nominee stood on the debate stage and called our industry, a constitutionally-protected industry, ‘the enemy.’”

He was referring to a Democratic presidential primary debate in 2019 when Biden said, “our enemy is the gun manufacturers, not the NRA.”

Background checks conducted by the Federal Bureau of Investigation have surged to record heights during the pandemic as sales soared for gunmakers Sturm, Ruger
and Smith & Wesson, which reported a 128% spike in quarterly revenue. Gun sales are fueled by news images of civil unrest, like the deadly clashes between protesters in Portland, Oregon and Kenosha, Wisconsin, and the recent protests in Rochester, New York, following incidents of police brutality towards Black men.

The gun control policy of Biden and Harris, should they become the next President and Vice President, is to crack down on tactical-style semiautomatic rifles, including AR-15s, and high capacity magazines with a capacity of 10 or more rounds. They plan to expand background checks, make it easier to sue gun manufacturers and also to ban the manufacture and sale of assault weapons and high capacity magazines. It’s a more restrictive version of the 10-year assault weapon ban that expired in 2004, because it doesn’t allow gun makers to tweak certain features on their rifles – like changing a pistol grip to a shoulder stock – to comply with the ban.

They want existing owners of these rifles – which are referred to as assault weapons by gun control advocates and modern sporting rifles by members of the gun industry – to register them according to the slower standards of the National Firearms Act, which are currently reserved for fully automatic machine guns and silencers.

Background checks for most guns require the purchaser to present photo ID to the retailer and submit a form electronically to the Bureau of Alcohol, Tobacco, Firearms and Explosives. It’s typically a 20-minute process. But purchasing an NFA gun requires the applicant to mail or Fax a photo and fingerprints to the ATF and to pay a $200 tax. It takes nine or 10 months.

Consumers fearing a ban on those firearms “would likely flock to gun stores and gun shows to purchase as many of them as possible before such a ban was implemented,” said Dionisio. He said that sales of ammunition, which are already causing “severe shortages” would be further pressured by increased consumer demand.

The Biden-Harris plan seems to encapsulate the long-held fears of gun advocates that Democrats will try to take their guns away. This is how Biden got into a heated argument with a factory worker earlier this year at a Fiat Chrysler plant in Detroit.

The Biden-Harris campaign intends to buy back all semiautomatic rifles from owners who fail to meet the standards of the NFA. The  policy mimics the Australian buyback of assault weapons in the 1990s, after a mass shooting by a man wielding an AR-15 killed 35 people. The NSSF questions the reality of enacting this policy in the U.S., estimating that there are 16 million modern sporting rifles in private ownership.

As far as sales are concerned, it might not matter whether the gun control plan succeeds. Just the shadow of more gun control, and the political rhetoric behind such a plan, is enough to drive sales, at least up until the point where President Trump wins reelection, if he wins.

Gun makers are cautious about investing further into their manufacturing capacity ahead of the election, despite the intense demand, because they don’t want to get burned like last time. Sales surged during the Obama administration, fueled by mass shootings, a failed attempt by Congress to impose more rigorous restrictions on assault rifles, and political rhetoric during Hillary Clinton’s failed campaign versus President Trump.

But when Trump won, gun sales plunged as fears of gun control evaporated. In theory, the same thing could happen again, with another Trump victory.

But the irony is that if Biden and Harris win, it could rocket gun sales even higher.

“If Joe Biden and Sen. Harris were to win the election, I would predict the sale of firearms and ammunition we’re seeing now would pale in comparison of what would come,” said Oliva of the NSSF.