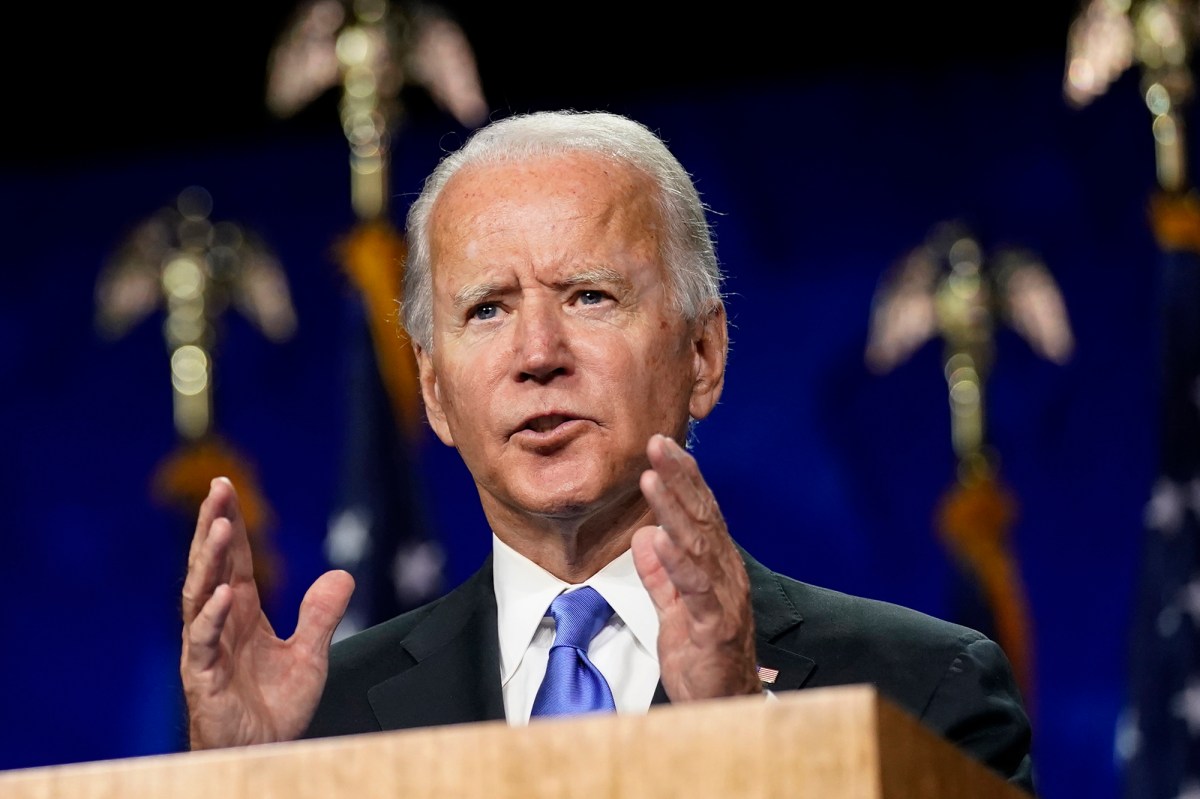 Democratic presidential nominee Joe Biden released multiple statements addressing the shootings of two sheriff’s deputies in Los Angeles and one officer in North Carolina over the weekend, first condemning “violence of any kind” and then calling for gun control.

Biden’s comments were released via Twitter and through his campaign on Sunday, with a shorter statement being posted to the former vice president’s social media platform first before longer remarks were prepared by the team.

“This cold-blooded shooting is unconscionable and the perpetrator must be brought to justice,” the 2020 Democrat’s tweet read, “Violence of any kind is wrong; those who commit it should be caught and punished. Jill and I are keeping the deputies and their loved ones in our hearts and praying for a full recovery.”

At the time, Biden was only referring to the shooting in Los Angeles.

In his second statement, the Democratic presidential hopeful also referenced the shooting of deputy officer Ryan Hendrix, who was shot and killed in the line of duty last Thursday in North Carolina.

“Jill and I were devastated to learn of the cold-blooded shooting of two Los Angeles County deputies yesterday, as well as the horrific death of Deputy Ryan Hendrix, a Marine veteran and police officer killed in the line of duty in Henderson County, North Carolina. These attacks are absolutely unconscionable — they bring only greater violence, injustice, and grief to a nation in desperate need of healing,” the Biden campaign’s longer statement on Sunday read.

Biden took heat last month from both the left and right sides of the aisle for his response to the racial justice protest movement sparked by calls for police reform.

In May, the death George Floyd, the 46-year-old unarmed black man, at the hands of a police officer sparked months of protests and riots, and some cities, namely Portland, Ore., and Kenosha, Wisc., became overrun with riots, looting, arson and multiple fatal shootings.

While the Democratic nominee was sharply criticized by some on the left for not supporting efforts to defund the police, he was also slammed by Republicans for neglecting to condemn violence caused by agitators and vigilantes.

In his longer statement Sunday, however, Biden offered praise for the police.

“Brave officers who pin on the shield carry a sacred responsibility and make an extraordinary sacrifice. Just as they owe it to the American people to protect and serve with honor, restraint, and accountability, Americans owe it to them to lessen the needless danger of their inherently dangerous jobs,” the former vice president said.

“Acts of lawlessness and violence directed against police officers are unacceptable, outrageous, and entirely counterproductive to the pursuit of greater peace and justice in America — as are the actions of those who cheer such attacks on. Those who perpetrate these crimes must be brought to justice, and, if convicted, face the full brunt of the law,” he added, before noting that those shot and their families were in his and his wife’s prayers.

In the first, he marked the anniversary of the Senate passing a 10 year assault weapons ban, calling for it to be reinstated under a Biden administration.

“26 years ago today, the Senate passed 10-year bans on assault weapons and high-capacity magazines—it was an effort I was proud to champion. These bans saved lives, and Congress should have never let them expire. As president, I’ll take on the @NRA and we’ll ban them once again,” he wrote.

Less than five hours later, the former vice president added a second post on the social media platform, reiterating the same call that, “Weapons of war have no place in our communities. We need to ban assault weapons and high-capacity magazines.”

President Trump addressed the LA incident in two tweets early Sunday, first writing, “Animals that must be hit hard!” He later added, “If [the deputies] die, fast trial death penalty for the killer. Only way to stop this!”

The Only Gun Reform Story Is Republican Obstruction
The NRA is decimated and the GOP is out of power. It may not be enough for gun control.
ILA | Arkansas: House Committee to Consider Self-Defense Clarification Measure
ILA | California Anti Gun Bill Committee Hearings This Week
Helena mayor says his city will defy state gun ‘sovereignty’ bill