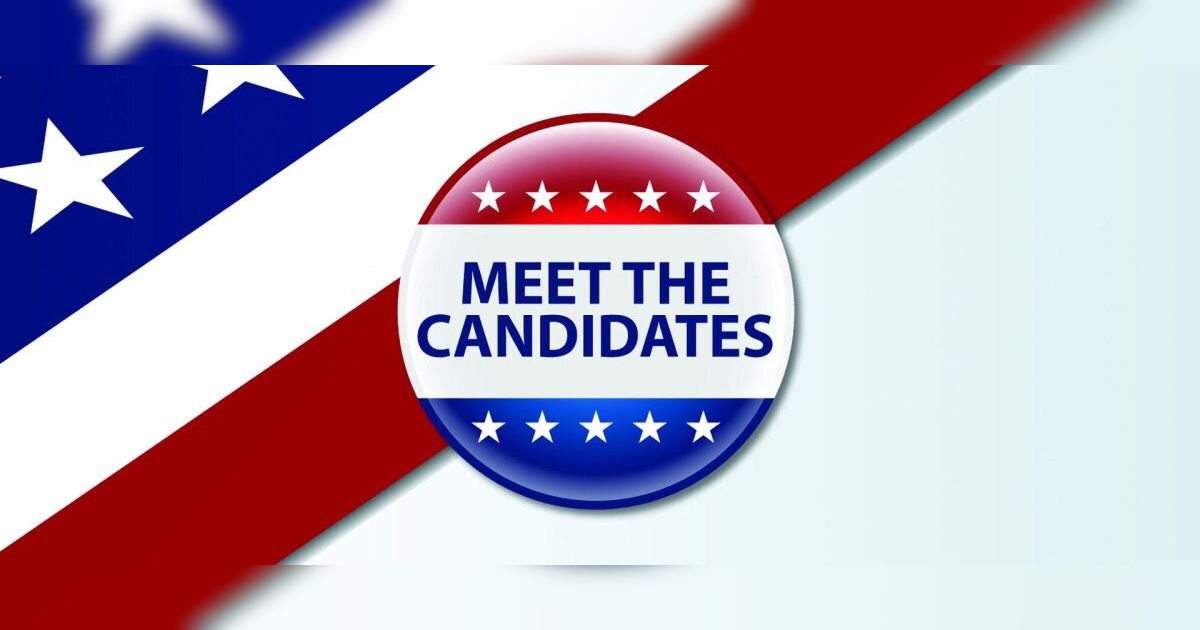 (Note: This is part one of a three part series. For part two of Meet the Candidates, don’t miss next week’s edition.)

The Harlan County Chamber of Commerce held its second bi-annual Meet the Candidates forum Thursday evening to give the public an opportunity to hear each candidates’ plans for the county and their take on important issues.

Each candidate was given the chance to make a two-minute opening statement before questions began and another two minutes at the end for any closing arguments. Both sides were given five questions to answer in two minutes, alternating between which party goes first until all of the questions were answered.

Senator Turner was selected to kick off the event with his opening remarks, who said Harlan is a lot like other counties he represents that were or still are major coal producing areas. Senator Turner said it helps having a district where almost everyone’s needs are the same.

A teacher and basketball coach of 28 years, Senator Turner said much like with sports, teamwork plays a big role in making southeastern Kentucky better by working with his opposite party to find solutions to everyday problems.

Turner, the Republican candidate, said he was raised on a farm near Pine Mountain Settlement School in Bledsoe and is a retired veteran.

Turner has been practicing law in Harlan County for 42 years and was the city attorney for roughly 20 years for a housing authority in Cumberland. He has also been a school board attorney in Harlan for more than 20 years.

Having already served four years in the House of Representatives, Turner said he is ready to serve Harlan County again alongside other officials and work to make the region as a whole a better place.

Robinson began the questions with Turner, asking what he feels is Harlan County’s biggest obstacle in economic development and how he can help overcome it if he were to take office.

Turner said in his experience living in Harlan County, he’s noticed the area doesn’t have the proper utility hookups or roads to support factories and other businesses that could develop jobs in the county.

“The roads are primary, in addition to the water and sewer,” Turner said.

He noted technology as another factor holding the area back from further economic development.

Senator Turner said he agreed with Turner on the problems seen to hold Harlan County and the rest of southeastern Kentucky back from a brighter potential, including infrastructure, broadband connectivity, education and transportation.

“Internet is so important in today’s economy, and with education the way it is right now, broadband is necessary for those kids,” Senator Turner said.

The drug and opioid crisis was the next topic up for discussion to see what plans the candidates have to combat drug abuse that impacts local children, schools, workforce, economy and law enforcement.

Senator Turner said he is proud to say he is a member of the substance abuse and recovery taskforce that was recently created to work toward a drug-free future for the region, adding partners like the University of Kentucky and the Cabinet of Health and Family Services are working to make it possible.

Turner said he agrees with Senator Turner on his take of the epidemic and his time as a lawyer has kept him involved with the drug abuse issue for many years.

“It takes a combination of the public, the church, especially the church, and the legal system to be financed appropriately to work with each of these individuals,” Turner said. “The Hope Center is a miracle, but there needs to be more funding, more facilities and more cooperation.”

Turner said he also believes a person who is incarcerated or entered into a facility for drug abuse should be required to complete a corrective rehabilitation program before they are eligible for parole, probation or release.

Tackling the next question regarding plans to help increase coal severance revenue for local governments, Turner said the coal industry was hit hard by regulations placed upon it, and the best way to increase returning revenue is to make sure the regulations are not imposed.

“Coal companies are sitting and waiting for this election to be over before they invest in opening coal mines where there’s good coal seams,” he said.

Turner said all of the monies should be returned to the counties that paid them instead of splitting it into different percentages. He added, like other counties, Harlan needs to “keep what it’s got and get the coal industry back up and running.”

Senator Turner said, for him, it comes back to the idea of teamwork and how state and local governments must work together despite their differences to see that the coal severance issue is handled in a predictable and fair manner.

“We need to continue to improve on our transportation and infrastructure the most to do this,” he said.

At the top of the list for many Harlan Countians, critical highway infrastructure was another hard-hitting question for the candidates to express what their top priorities were for transportation.

Senator Turner led with the first response, stating he worked with State Representatives Adam Bowling and Chris Fugate, along with Governor Andy Beshear, to budget approximately $27 million for Harlan’s roadways in a two-year plan.

“$15 million of that was used for the reconstruction of U.S. 421 that had been setting unfinished since it was started over 20 years ago,” he said.

Turner said roads are a critical part of keeping Harlan County’s economy going and bringing bigger industries in, noting he worked hard to get turning lanes and related additions to increase the safety of the county’s roads.

“It’s going to take funding. You’ve got to have state putting it in the budget and federal coming through on federal-funded roads,” he said. “Why U.S. 421 hasn’t got funded and finished to the Virginia line, I don’t understand, but I will work hard to get not just those roads done, but all of them.”

Turner used U.S. 119 as an example of a road he hopes to see become a four-lane highway for better infrastructure, or at least with more passing lanes to help lure in bigger business.

With COVID-19 adversely impacting communities throughout the world, the candidates were asked what steps need to be taken to make Harlan County more resilient to economic shocks like what the pandemic has brought on in the future.

Turner said a strategic plan needs to be developed so that government can “stop and make an analysis of what it did to every community, and make it clear we’re going to plan for that just like a tornado or hurricane or any other catastrophe.”

Turner said Kentucky, let alone small towns like Harlan, were not prepared for the amount of necessary PPE or healthcare during the COVID-19 pandemic. Although it was similar to the economic downturn in the 1950s when men were called to war, Turner said the pandemic is different because it confines a person to their home.

“We need to learn from this than anything in the world to plan for the future,” he said.

Senator Turner said a pandemic is normally a “once in a lifetime event, but we should always be prepared for instances like this because you never know when it will happen.”

He said state and federal governments need to find a way to match local entities so that they have the appropriate funding and resources to combat an economic crisis, using virtual learning as an example from a lack of available broadband.

“We need to create an atmosphere to invite manufacturers and entrepreneurs to come to Harlan County,” he said.

In his closing remarks, Turner made it clear that he is pro-life, a supporter of the Second Amendment and a lifetime National Rifle Association (NRA) member and instructor, adding he takes pride in the amount of work he completed while working as a state legislator.

“Those were my actions as a legislator. If I go back, I will do the same thing,” he said.

Senator Turner he is also pro-life and a supporter of the Second Amendment in his final statements, and he was happy to come speak with Harlan Countians regarding some of the area’s hardest issues to solve.

“I want to make sure that you don’t forget to request your ballots to vote. You can go to www.govoteky.com to do that,” Senator Turner said.