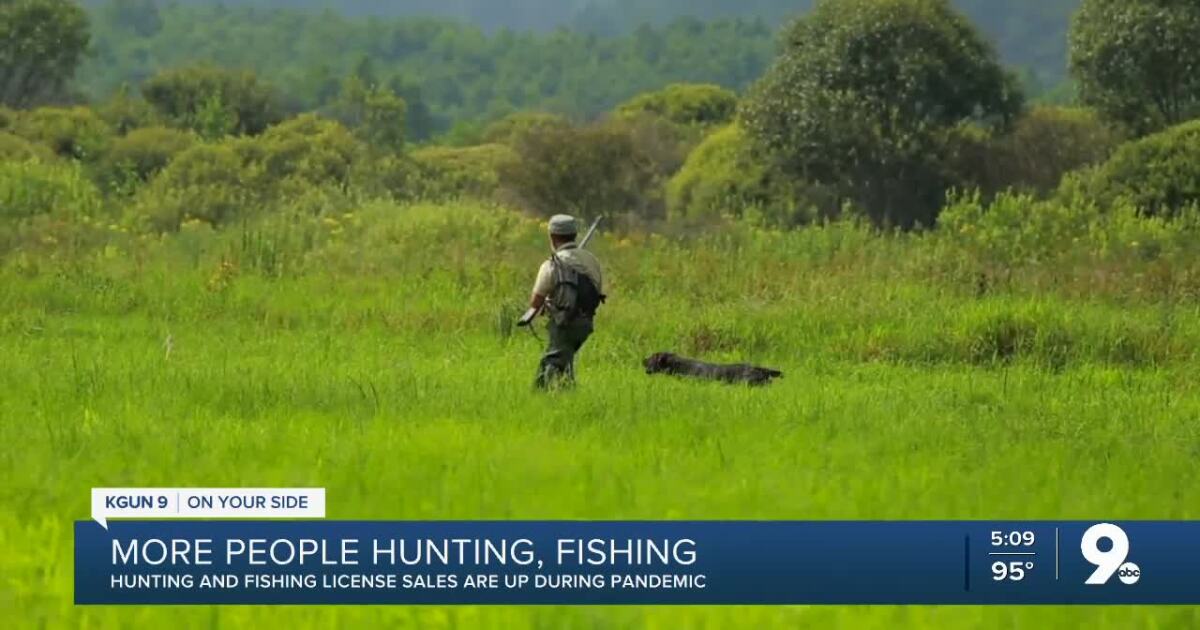 TUCSON, Ariz. — More people appear to be picking up hunting as a hobby during the pandemic. Hunting license sales for May are up compared to the same time last year, and Arizona Game and Fish say sales have stayed steady since then.

The fall season is upon us. For many it means an eventual cooling of temperatures, and for some it is the start of deer hunting season.

Hart says people looking for an activity with little risk of contracting COVID-19 may find hunting is the ultimate way to social distance.

“If you are a hunter once you set up camp you’re not on a trail, you’re in back country because that’s where the wildlife is and you are far removed from civilization.”

Hunters heading out this season have already purchased their license and tags.

Hart says May fishing license sales are leading the charge with a more than 50% increase compared to 2019. Combination licenses for hunting and fishing increased almost 50%…. And hunting license sales on their own increased nearly 20%.

“There is a steady stream of people coming in here to get licenses, its appointment only, but that doesn’t mean we don’t have a lot of customers.”

Hart says those who want to hunt in the spring must apply for a draw by October 13th.

“When you buy a hunting license or a tag that’s going back into wildlife conservation for example the wildlife officers who make sure the rules and regulations are followed in the field, so we don’t deplete that precious resource.”

Hart says if there’s one silver lining to this pandemic, it’s helping to push people outside into the fresh air and nature.

“It’s gratifying for us to see the increase, sales of hunting licenses were flat for a bit and they are coming up again.”

ILA | Gun Control May be Wasting Away, But Not Because of COVID
ILA | Law Professors Make Case for Second Amendment Rights in Uncertain Times
Hillary Clinton operatives worked to take down Trump even after election: Declassified FBI documents
GUEST COLUMN: Media’s double standard on the Second Amendment | Opinion
Man who broke into apartment shot, killed by neighbor, police say