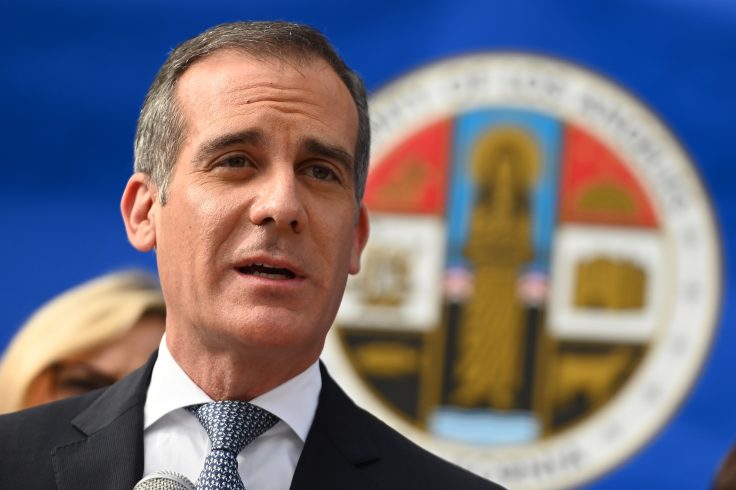 A federal court ordered Los Angeles to hand over more than $100,000 to the National Rifle Association after ruling that the city had violated the gun-rights group’s First Amendment rights.

Federal district court judge Stephen Wilson struck down a city ordinance aimed at punishing prospective contractors with ties to the NRA as an infringement on the right to free speech and association. On Tuesday, he ordered city officials to pay for the Second Amendment group’s attorney fees, which totaled nearly $150,000.

“In this case, the text of the Ordinance, the Ordinance’s legislative history, and the concurrent public statements made by the Ordinance’s primary legislative sponsor evince a strong intent to suppress the speech of the NRA,” Wilson ruled in December. “Even though the Ordinance only forces disclosure of activity that may not be expressive, the clear purpose of the disclosure is to undermine the NRA’s explicitly political speech.”

The NRA filed suit against the ordinance shortly after it was implemented in April 2019. Amy Hunter, a spokeswoman for the NRA, told the Washington Free Beacon the rulings prove the city unfairly targeted the group because of its advocacy.

“Violations of any constitutional rights by government officials should carry consequences,” she said. “The courts have rightfully imposed those consequences upon Los Angeles. The NRA will continue our fight and, as always, work to hold politicians accountable.”

Los Angeles is not alone in targeting the group. San Francisco’s Democratic mayor stopped a similar ploy in response to an NRA lawsuit. The group is still locked in a First Amendment challenge over a letter sent by New York officials that warned banks away from working with the group. The ruling may put a damper on enthusiasm for similar measures from other government officials opposed to the NRA.

Los Angeles Ordinance No. 186000 took effect on April 1, 2019, and explicitly stated it was intended to prevent the city from doing business with anyone who had ties to the NRA.

“The City of Los Angeles has enacted ordinances and adopted positions that promote gun safety and sensible gun ownership,” the ordinance reads. “The City’s residents deserve to know if the City’s public funds are spent on contractors that have contractual or sponsorship ties with the NRA. Public funds provided to such contractors undermines the City’s efforts to legislate and promote gun safety.”

City leaders publicly defended the ordinance. In interviews with NPR, Garcetti said he had confidence in the policy while O’Farrell charged that “the NRA’s First Amendment rights remain firmly in place.”

Judge Wilson disagreed, saying, “the City adopted the Ordinance ‘because of disagreement with the message’ of the NRA and with the explicit intent to suppress that message—the Ordinance should therefore be considered a content-based regulation of speech.” The city agreed in February to repeal the ordinance, stop any enforcement of it, and notify contractors they do not have to disclose ties to the NRA.