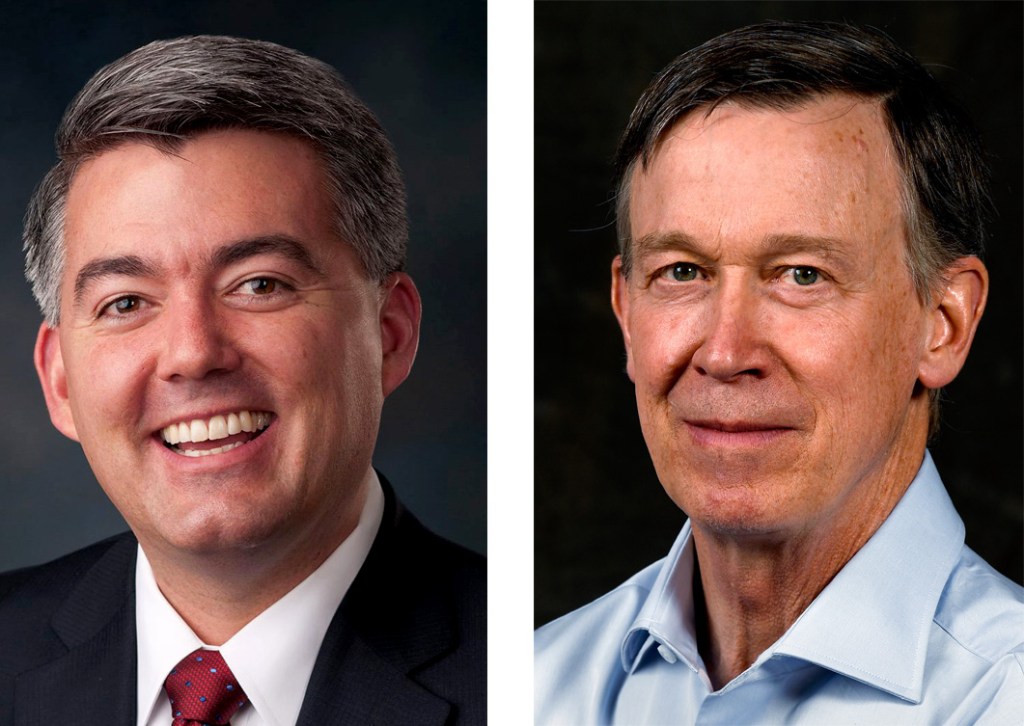 Young Coloradans are incredibly passionate about this election, but many can’t vote themselves. So we asked teens what they wanted voters to keep in mind as they cast their ballots this November.

Want to be a part of our Teen Columnists project in the future? Sign up here and we’ll notify you when we reopen for submissions.

Here’s what they have to say about the Senate race between former Gov. John Hickenlooper and Sen. Cory Gardner.

Read what teens have to say about the presidential race, COVID in schools, climate change and policing in schools.

The outcome of Colorado’s 2020 senatorial election will hold many implications for state and federal politics. Health care, gun control, and the Senate majority are just a few of the issues at stake in Democrat John Hickenlooper and Republican Cory Gardner’s battle for a seat in the U.S. Congress. However, the results of this upcoming election will reveal more than whether or not gun laws will change or health care will improve. The senatorial election will determine the Colorado election system’s vulnerability to manipulation by the omnipotent, evergreen dollar.

When Hickenlooper abandoned his bid for the presidency in August 2019 and began to pursue a seat in the Senate, his campaign quickly gained widespread support. Colorado, once a purple state, has proven itself to be bluer and bluer with every national election. Considering Gardner’s support of President Donald Trump, it came as no surprise that voters preferred the true-blue platform presented by Hickenlooper. Despite the strong start, however, Hickenlooper’s lead has been shrinking since April. The former governor has been falling out of favor with voters, and it’s not because he’s any less competent than he was five months ago; it’s because the National Republican Senatorial Committee has decided that they like having Gardner in Colorado’s senate seat — and they’ll use as many grainy filters, deep voices, and unflattering photographs as they need to to keep it that way.

Yes, the NRSC is using the magic of video editing to paint the image of “slick shady” Hickenlooper, a man more interested in private jet rides than problem-solving. The attack ads have dominated commercial breaks, powered by the Republican super PAC’s funds — not Gardner’s. While the idea of the former governor using his power for personal gain is certainly unsavory, the advertisements’ content was not what left a bad taste in my mouth.

The NRSC is not based in Colorado. They do not have Coloradans’ best interests at heart, so why should they have any say in our election? Our country was built on the principle that every citizen has a say in choosing their representatives, not just the rich. This election, Coloradans will make a choice between following the voice that shouts the loudest and trusting the candidate that has proven himself to possess true Colorado values. Now more than ever, it is time to eradicate money from the political equation.

Colorado’s Senate race is about more than just politics, government, or even Colorado. Colorado’s Senate seat is one of the most important seats for the Democratic Party’s campaign to flip the Senate, and vital to the Republicans if they wish for the Senate to stay red.

This race closely mirrors the presidential race, with both candidates making clear what side they’re on. Hickenlooper (and Biden) vs. Gardner (and Trump) is about the soul, pride, and heart of the United States of America.

This race is about whether fallen American soldiers are respected heroes who made the ultimate sacrifice or losers; whether Black Lives Matter or racism and police violence will be swept under the rug by elected leaders trying to preserve their power; whether the Constitution and the rights of every American will be protected or ignored.

This race will determine if Coloradans will have to face rampaging flames and suffer through ash raining down year after year. Will scientists be ignored and backstabbed, or will our leaders listen and respect them?

The fragile future of America is placed in the voter’s hands. Will educators continue to be failed and students left empty-handed? Will rich private schools continue to be prioritized over public schools that welcome and help everyone? This local election plays a major place in the future of America. If the Democrats had controlled the Senate in January, would Donald Trump still be president? Will women be treated fairly and with dignity, or will people in power maintain support for sexism and boast about it? Will American leadership promote democracy abroad, or will our leaders envy the power and control of dictators? When called upon, will America back and support her allies or leave them to fail?

So often, those in power work for themselves instead of those they represent, profiting off the hard-working people of Colorado and doing nothing. Do we still believe in the unalienable rights of Life, Liberty, and the Pursuit of Happiness? Colorado voters will write the history books with little bubbles on ballots filled with a black pen, shaping the Senate (and American politics) for six years. They will shape the world that we (the youth of Colorado) grow up in, and answer these questions.

One question does not need to be asked; we the youth will vote, not on a ballot, but in our thoughts, actions and words.

Our futures are at stake. The 2020 Colorado senate race will bring change that lasts decades.

This is a fight for our lives. Issues like gun control and climate change affect people of all ages, however, they target young people, and we are running out of time to shape our tomorrows. We have the opportunity to elect a leader who will make positive change and protect our futures. Vote John Hickenlooper.

Colorado has faced the devastating consequences of gun violence and mass shooting far too many times. As a student, it is terrifying to go to a school just miles away from the schools where shootings took lives at Columbine, Arapahoe, and STEM. This has been normalized for teenagers, though it is something no human should have to experience.

Our classes have been canceled because of potential threats. We are losing hours of our education because of this problem that seems to have an obvious answer. We need gun reform now.

We cannot reelect a senator who will not protect our lives but will protect the Second Amendment. The Second Amendment simply doesn’t apply to our world today the way it did when it was written. The weapons that existed when it was written couldn’t take the lives of dozens of people in a matter of seconds. These types of weapons are not necessary for the average person, not even for purposes of self-defense. Although the Constitution was written with the future in mind, the value of a human life has not changed, and as weapons have become semi-automatic, there is a need for reform. Cory Gardner has taken over three million dollars from the NRA. Vote him out.

For action on these issues and many more, we must elect John Hickenlooper as our state senator. Our lives are at stake.

Subscribe to our newsletter, Sound Off, to get opinion news sent straight to your inbox.

To send a letter to the editor about this article, submit online or check out our guidelines for how to submit by email or mail.