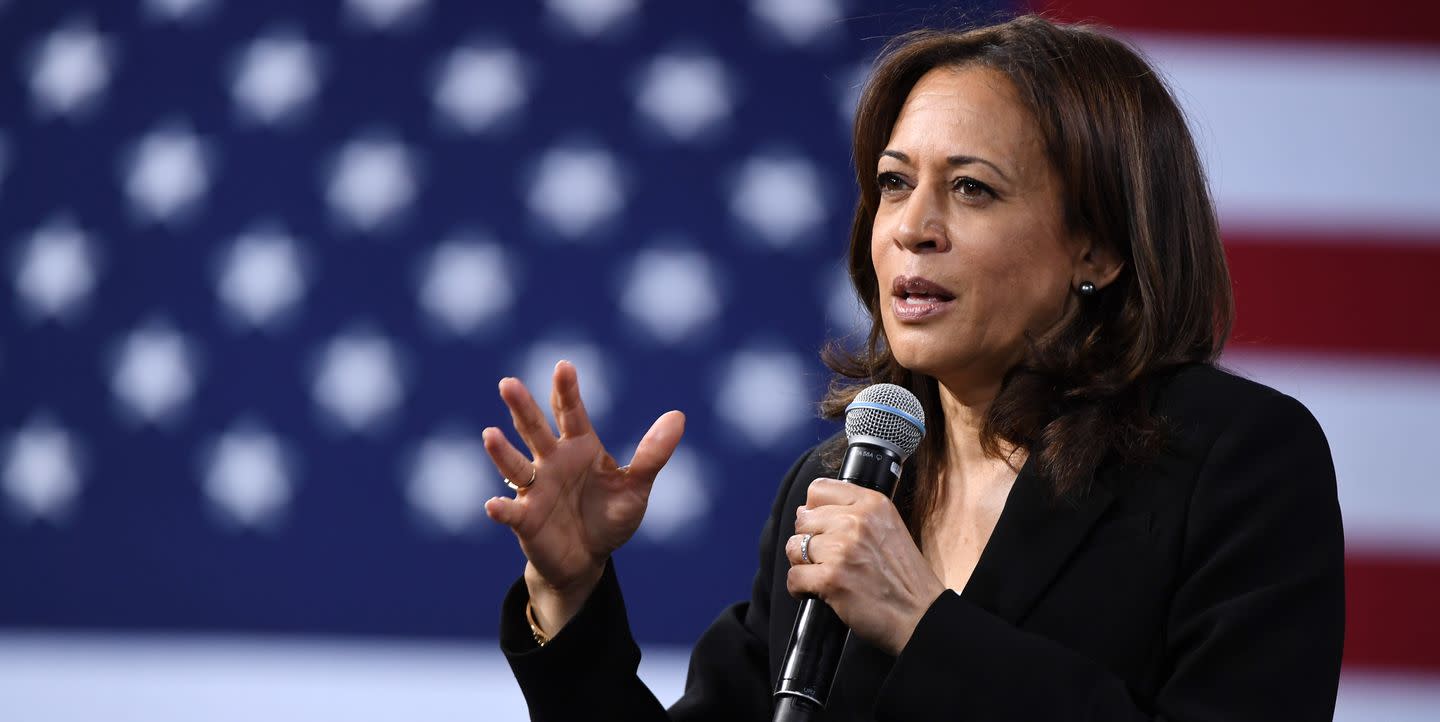 When she was still vying for the Democratic presidential nomination, California senator Kamala Harris proposed a series of executive actions that would have made way for stricter gun control measures.

Now, as Democratic presidential nominee Joe Biden’s running mate, where does she stand on the issue? Read on for a breakdown of the vice presidential hopeful’s policy positions on gun control.

While campaigning for the presidential nomination, Harris said she would enact multiple executive orders on gun control.

Harris publicly committed to a host of executive actions that she would have undertaken if elected to the Oval Office, including mandating universal background checks, revoking the licenses of (and possibly prosecuting) gun manufacturers who break the law, closing a legal loophole in order to prevent those convicted of domestic violence from purchasing a firearm, and banning AR-15-style assault weapons from being imported into the country.

“There are people in Washington, D.C., supposed leaders, who have failed to have the courage to reject a false choice which suggests you’re either in favor of the second amendment or you want to take everyone’s guns away,” Harris said at a town hall last year, per The New York Times. “We need reasonable gun safety laws in this country, starting with universal background checks and a renewal of the assault weapon ban, but they have failed to have the courage to act.”

Another key tenet of her gun control policy plan was to reverse a Trump administration decision that narrowed the definition of “fugitive from justice,” thus allowing individuals with outstanding arrest warrants to purchase guns.

Harris’s platform on gun control has much in common with that of Biden, who has a record of favoring gun control.

Since Biden selected Harris as his running mate, the two have merged their platforms on the issue of gun control. Biden, too, has long touted his record as a successful adversary to the National Rifle Association.

In 1993, Biden (then a Delaware senator) was a key actor in the passing of the Brady Handgun Violence Prevention Act, which established our existing background check system. Then, the following year, he also helped enact legislation that restricted the sales of guns like the AK-47 rifle for 10 years.

There is much overlap between Biden’s platform and Harris’s previous presidential campaign proposals. They both emphasize holding gun manufacturers accountable, enacting universal background checks, banning the manufacture and sale of semiautomatic rifles and higher-capacity magazines, prohibiting those convicted of domestic violence from buying guns, and reversing Trump’s “fugitive from justice” loophole.

What does the NRA think of Harris?

It’s probably not surprising to many that the Biden–Harris ticket ranks low with the NRA, the powerful gun rights advocacy group.

Following the announcement that Harris would be Biden’s vice presidential nominee, the NRA’s Institute for Legislative Action (its lobbying arm) wrote that “the 2020 Democratic ticket was already shaping up to be the most anti-Second Amendment in history.”

Despite the icy reception, the Democratic Party is holding fast to its platform.