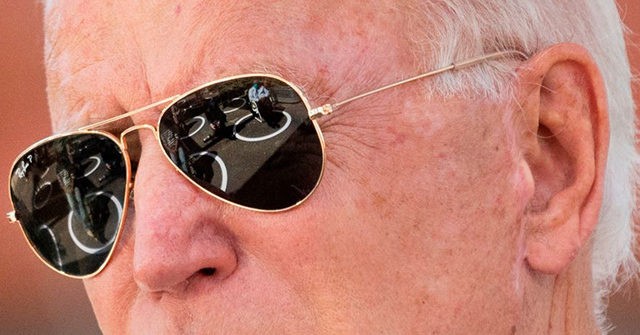 Democrat presidential nominee Joe Biden’s proposed gun control policy includes a provision that could require Americans to sell back their so-called “high-capacity magazines” to the government or be registered under the National Firearms Act of 1934 (NFA). The latter, unless there were some form of carve-out, could mandate that American gun owners pay a $200 federal tax for every high-capacity magazine they currently own.

In addition to the $200 tax, owners of high-capacity magazines under Biden’s view of the NFA, could also be required to register them with federal authorities, submit their fingerprints and photograph, and potentially submit to an FBI background check.

All of this is detailed on Biden’s campaign website, which states in bullet-point form (emphasis in original):

As Breitbart previously reported, it could also be mandated that so-called “assault weapons” such as the AR-15 be registered under the NFA if these policies were lawfully enacted.  Theoretically, this could mean that if a gun owner has already purchased one AR-15 and five high-capacity magazines, the owner could be required to pay $1200 in federal taxes, assuming he or she does not participate in any proposed buy back program.

The above paragraph on Biden’s website links to a memorandum from former Congresswoman Gabrielle Giffords’ Giffords Law Center that also calls for the regulation of “assault weapons” under the National Firearms Act.

The NFA, enacted in 1934, was the first federal regulation of the manufacture and transfer of firearms. Machine guns, short-barreled rifles, and silencers are currently regulated under the NFA. In order to possess NFA firearms, individuals must undergo a background check process that includes the submission of photo identification and fingerprints and requires the registration of the firearm with the Bureau of Alcohol, Tobacco, Firearms and Explosives (ATF). Individuals must also pay a $200 transfer tax, an amount that has not changed since the NFA was established in 1934.

The Giffords’ memorandum then calls for the policy that the Biden campaign website also endorses: “Giffords proposes that Congress require all existing assault weapons to be regulated under the National Firearms Act.”

The Giffords’ memorandum specifically defines “assault weapons” to include the AR-15. As noted, if lawfully enacted, this policy could encompass “existing assault weapons.” In practice, this could mean every American who owns a weapon like an AR-15 — or any other gun deemed by Democrats to be an “assault weapon” — could be required to submit their fingerprints and photograph, undergo an FBI background check, register these weapons with the ATF, and pay the federal government a $200 tax for each weapon. These requirements could also apply for all “high-capacity magazines” a gun owner possesses, assuming the gun owner chooses not to participate in any proposed buy back program.

The exact definition of a so-called “high-capacity magazine” is open to some interpretation. The now expired 1994 Federal Assault Weapons Ban defined a “large capacity ammunition feeding device” as a device providing more than 10 rounds of ammunition. The Giffords Law Center, which the Biden campaign linked to for its gun control policy, also defines “large capacity” as anything over 10 rounds. “Although the statutory definitions vary, magazines with a capacity of more than 10 rounds of ammunition are generally considered ‘large capacity’ magazines,” Giffords Law Center notes.

Joe Biden has been unspecific about his own definition of the exact number of rounds constituting a high-capacity magazine. Last year, for example, he decried the existence of “magazines that can hold multiple bullets in them.”

“The idea that we don’t have elimination of assault-type weapons, magazines that can hold multiple bullets in them. It’s absolutely mindless. It is no violation of the Second Amendment. It is just a bow to special interests of the gun manufacturers and the NRA,” Biden said in September 2019.

The phrase “magazines that can hold multiple bullets” could imply anything over a single round.

Joe Biden makes the most extreme gun-control push of all the 2020 Democrat presidential candidates:

This call from Biden would ban most handguns pic.twitter.com/4iQkalBxVa

“Allowing a Biden administration to redefine standard capacity magazines in such a way whereby they would legally fall within the National Firearms Act would be quite scary and shocking to gun owners and to all who value the Second Amendment’s individual right to keep and bear arms,” said attorney Mark W. Smith, a presidential scholar and senior fellow at the King’s College in New York City.

“It is unclear whether Biden would limit the types of magazines covered under a reimagined NFA to only those magazines that are attachable and detachable to long guns such as semi-automatic rifles,” Smith explained. “If a Biden administration went down the road of trying to rewrite the NFA through legislation or otherwise, then it would certainly be possible that they could argue that any and all magazines with a capacity to hold 10 or more rounds, or some other arbitrary number of rounds, must be registered under the terms of the NFA, and this would potentially include magazines that are attachable and detachable to ordinary semi-automatic handguns such as 9mm pistols and the like. In other words, why wouldn’t a Biden administration try to include handgun magazines in addition to rifle magazines under the NFA, if they could get away with it?”

Smith concluded, “When it comes to legal overreach, I am confident‎ that a Biden administration would go all in on their efforts to disarm Americans.”

In an interview last year with CNN’s Anderson Cooper, Biden seemed to confirm his intention to disarm at least some Americans.

Cooper asked him, “So, to gun owners out there who say, well, a Biden administration means they’re going to come for guns?”

Biden responded, “Bingo. You’re right, if you have an ‘assault weapon.’ The fact of the matter is they should be illegal, period.”