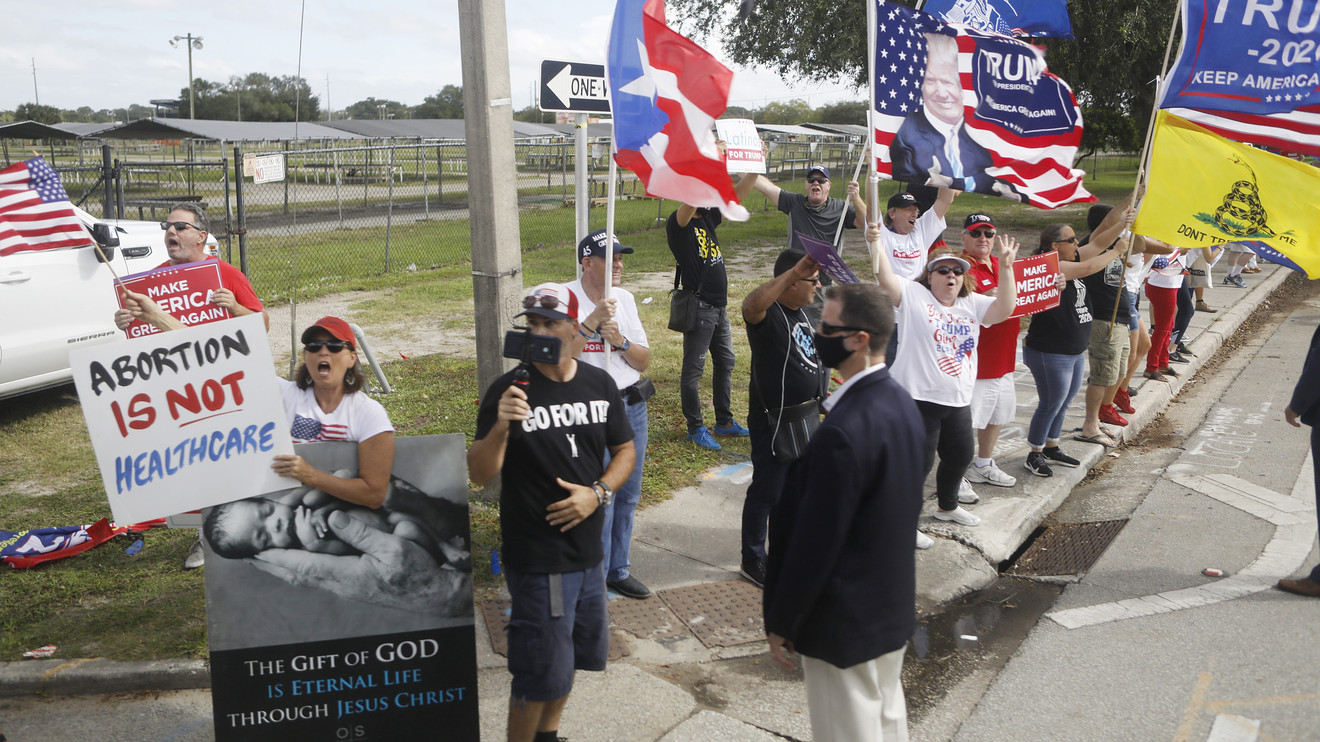 Whatever happens on Nov. 3, the three-cornered fight on the American right over who owns conservatism will go on. You don’t have to be part of the fight to have a stake in the outcome. Until the right sorts itself out, gridlock and bad government in Washington will continue.

The contest among Republicans involves market liberals, moral or one-issue crusaders, and a nation-first hard right. Each has its own vision of conservatism’s ideals and priorities. Each thinks its vision the true one. Each believes it alone best able to face down conservatism’s common enemy, the left.

It’s an old fight, and not unique to the U.S., although the anger and intensity have lately hit new heights. The fight is not about Donald Trump, the hard right’s current champion. It’s deeper than Trump and will outlast him.

At issue is who Republicans want to be. Do they want to be Grown-Ups, a Tribe or One-Issue Crusaders?

The Grown-Ups are business-friendly, broadly moderate Republicans in descent from Eisenhower, Nixon and Reagan. On campaign, they can turn up the partisan gas. In office, they will work with Democrats at the center and with foreign allies abroad.

The Tribe is conservatism’s second choice. It is the U.S. version of a nation-first hard right that is also eating into the center-right parties of Europe. The Tribe combines rich donors and disaffected white voters. The donors want low taxes and small government. The disaffected want government help but think too much of it goes to the wrong people. Trump did not create the Tribe. It adopted him.

“
The trouble with the Tribe is that it turns politics into low-grade civil war.
”

The Tribe unites a discordant “us” against a disparate but conveniently targetable “them”: liberal elites, the “Blob” (Washington), Democrats, minorities, woke campus radicals, cancel culture, immigrants, foreigners and other nations. The Tribe claims speaks for “the people” although opinion polling and recent national elections suggest it represents only a minority.

The Tribe’s voice is hot and alarmed. Here is a sample from Republican candidates on ballots across the country in November: “Our country is on the line” (Loren Boebert, Colorado, candidate for the U.S. House of Representatives); the main task is “to defeat socialism” (Kelly Loeffler, Georgia senator running in a special election); “Nationalist populism is the future” (Lauren Witzke, Delaware, candidate for U.S. Senate). Such talk didn’t arrive with Trump. It was made familiar in the 1970s by, among others, the veteran hard-right speechwriter-publicist Pat Buchanan.

The trouble with the Tribe is that it turns politics into low-grade civil war. Politics in democracies is about winning the public’s trust to govern. The Tribe makes politics a licence to fight. It treats Democrats as an enemy, not negotiating partners. The result is gridlock and bad government.

The same is true internationally. Democracies, especially now, ought to help each other. The Tribe wants American democracy to fight, not work, with its foreign friends.

“
Crusaders try to shrink politics to a single issue. They have no broad vision of conservatism, let alone a program for government.
”

Crusading is conservatives’ third choice. It attracts right-wing evangelicals, conservative Catholics, libertarians and the National Rifle Association. Guns and abortion are perennial causes for Crusaders. They deeply believe that many laws and court rulings on personal rights in the past half century are wicked or wrong.

The trouble with Crusaders, if you’re a conservative, is not the particular cause they choose. You can agree or disagree. The trouble is that if you disagree, you won’t get past the party primary. Crusaders try to shrink politics to a single issue. They have no broad vision of conservatism, let alone a program for government. In the fight for the right they play the role of blocker. Their litmus tests for office holders have little or nothing to do with the serious problems facing the nation: COVID-19, job losses, China, climate.

Which brings us back to the Grown-Ups, dispirited, in retreat but urgently needed. They know the task. It is to rebuild the center right. It is to rebuild a Republican party capable of governing in Washington, not fighting there. The goal is easy to state. Reaching it is going to be long and slow.

In the fight for conservatism, the hard right draws better on the warrior tradition in American politics. It has more drive and energy. If they are going to return to what they do best—deal, trade, compromise—the Grown-Ups must first pursue and prevail in a war for the party. And for that they will need to steal some of the hard right’s killer spirit.

Confidence in political forecasting is deservedly low. One prediction is still worth making. Whatever happens in November, the fight on the right will go on. It will affect everyone, left, right and center.

Edmund Fawcett is the author of the newly published “Conservatism: The Fight for a Tradition” as well as “Liberalism: The Life of an Idea.”