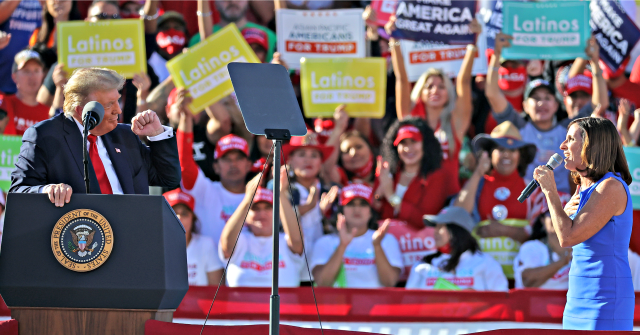 Sen. Martha McSally (R-AZ) came on stage about mid-way through the rally to remind Arizonans that her Democrat challenger, Mark Kelly, is full-on for gun control.

She warned that Kelly would be Sen. Chuck Schumer (D-NY) and Joe Biden’s 51st Senate vote, enabling the “radical left” to secure gun control that would cripple the gun-friendly culture in Arizona.

Here are just a few of the provisions contained within Biden’s gun control proposals:

AWR Hawkins is an award-winning Second Amendment columnist for Breitbart News, the host of the Breitbart podcast Bullets with AWR Hawkins, and the writer/curator of Down Range with AWR Hawkins, a weekly newsletter focused on all things Second Amendment, also for Breitbart News. He is the political analyst for Armed American Radio. Follow him on Twitter: @AWRHawkins. Reach him directly at awrhawkins@breitbart.com. Sign up to get Down Range at breitbart.com/downrange.