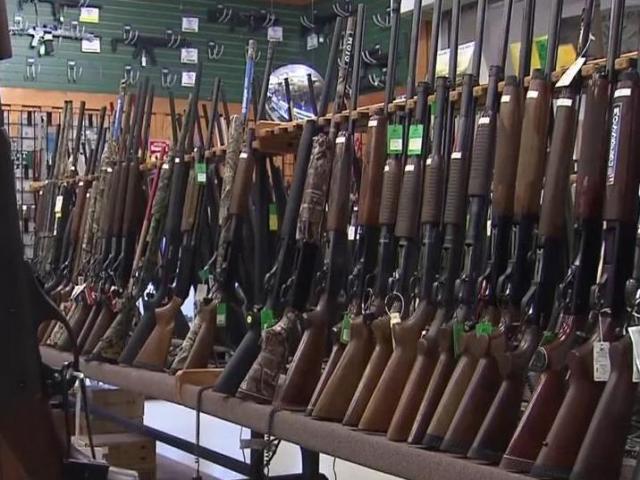 Fayetteville, N.C. — Earlier this week, Walmart announced its decision to pull guns and ammo from its shelves due to tension and concerns over ‘civil unrest.’

However, they reversed their decision soon after, returning weapons to their places, where customers could once again purchase them.

A local gun store in Fayetteville shared its plans for the upcoming election day – and whether or not they had any concerns for political unrest or protests.

The manager of Jim’s Gun Jobbery, which offers an indoor firing range and hundreds of rifles and handguns, said on election day these weapons will be on their racks and available for purchase.

Jim Jones, a retired Special Forces soldier from Fort Bragg, said he has his weapons for protection, and he isn’t concerned about any potential unrest after election day.

“I haven’t heard anything about unrest, but we saw what happened in Fayetteville and we saw things around the country,” said Jones. “I don’t think anybody’s really wanting that. Nobody wants that.”

There are hundreds of weapons on display in this privately-owned gun shop.

The management at Jim’s said their weapons were never going to be removed from the shelves – for a very simple reason.

“We are here to help people take advantage of their second amendment right and to defend themselves,” said John Diket, the gun shop’s manager. “Our sales are growing and growing and growing continuously right now. But they’re not growing because people are talking about going out and using it. People are talking about taking it home and defending themselves in case something bad happens.”​

Guns sales have been through the roof for quite some time – and women make up the one of the largest segments of new gun owners.

Angela Hollmond is one of them. Women make up one of the larges segments of new gun owners. She already has a 9mm Glock and looking for more.

Tony Jacobs, the firing range manager, said the store has seen a large increase in the purchase of semi-automatic pistols, as well as first-time gun owners.

“I believe the NRA stated that in the last two months there were two million new gun owners,” he said.

Most locals that spoke with WRAL said they’re not worried about possible election day unrest, but they are buying weapons for defense – just in case.

Jury finds three men guilty in killing of Ahmaud Arbery
Rittenhouse verdict in line with nation’s diminishing gun laws—a future that frightens activists
‘I refuse to stand down.’ McBath will run in 7th Congressional District
The NRA could be winning its long game even as it appears to be in dire straits
Jen Psaki turns the tables on Peter Doocy after he asks if Biden will apologize to Kyle Rittenhouse – Raw Story