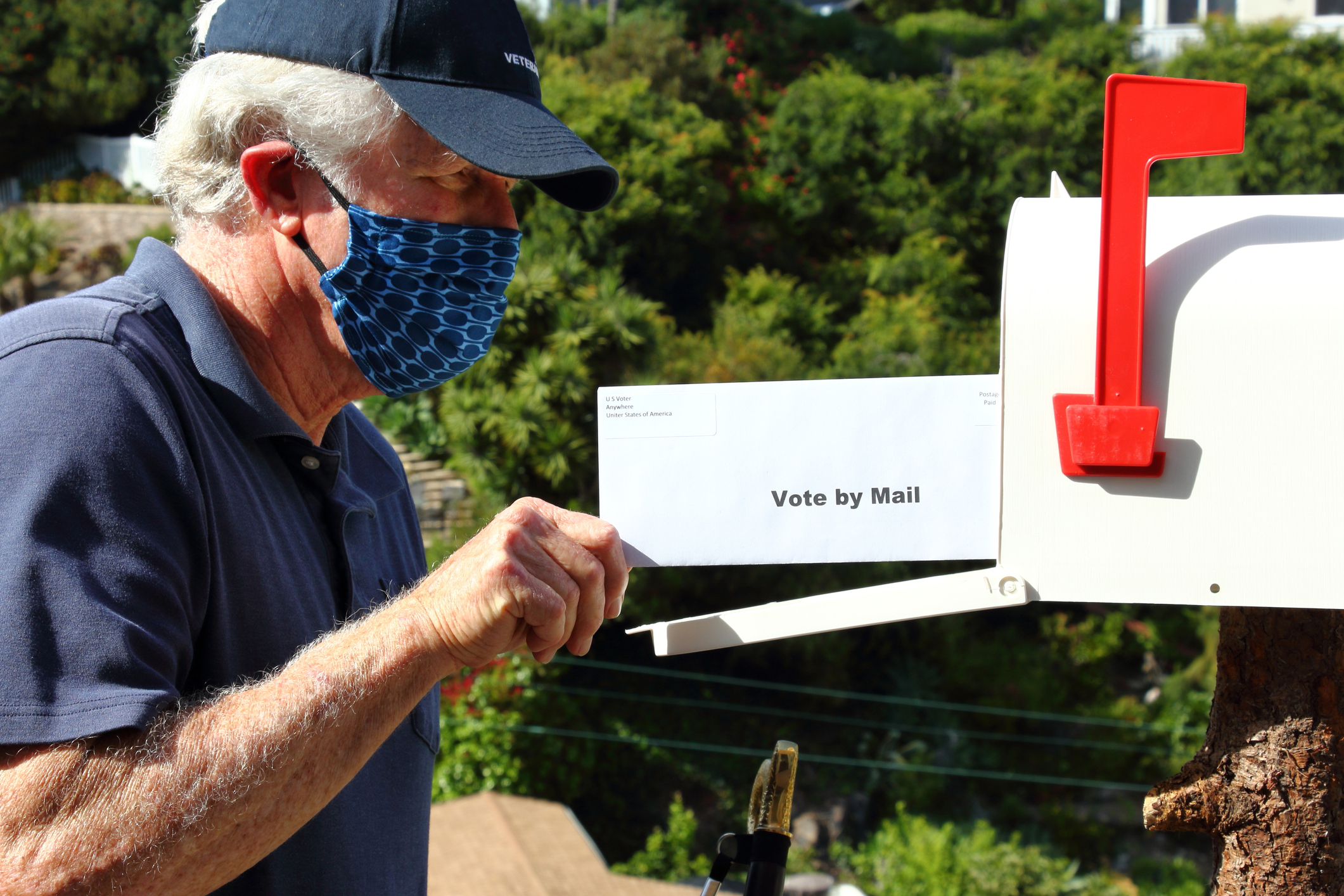 Despite all the media attention devoted to the impact of presidential candidates on the stock market, history shows there is little impact. A 2004 study by the Federal Reserve found no significant correlation in either risk or return across presidential cycles. The information the market represents is far too complex for one variable to drive the outcome.

Although the stock market is not predictable, occasionally there are trends or policy considerations that can affect certain industries. Even those prognostications are risky. Some citizens who thought an Obama administration would work to undermine the Second Amendment raced to buy firearms when he was elected and kept purchasing for eight years. Meanwhile, expanding healthcare coverage to tens of millions of Americans led to a sharp increase in both patients and screenings for hospital systems across the country.

On the other hand, proponents of renewable energy feared a Trump administration skeptical of climate change and dedicated to reviving fossil fuels would stunt the growth of wind, solar, and hydroelectric power. Instead, renewable energy consumption surpassed coal this year, and grew from 15.6% of electricity generation in 2016 to 17.5% in 2019.

So which stocks should investors watch closely as the results of the Nov. 3 election are decided? Here are three income investments that would likely benefit from a Biden Presidency.

During Barack Obama’s two presidential terms, Americans purchased more than $129 billion in guns and $16 billion in ammunition. Perhaps due to reduced fear of gun control laws, sales of firearms have declined during Trump’s years in office. This can be seen in the revenues of Sturm, Ruger & Company (NYSE:RGR), dropping from $664 million in 2016 to $411 million in 2019.

If the Democratic candidate wins the presidency, expect firearm sales to ramp up again. Joe Biden has twice demonstrated his willingness to enact legislation opposed by the National Rifle Association. As a Senator in the early 90s, he had leading roles in the legislation that established the background check system, as well as a 10-year ban on assault weapons and high-capacity magazines. Just as sales spiked during the Obama years, firearms will fly off the shelves in another Democratic administration. For investors seeking yield, the firearms company sports a 1.7% dividend.

Healthcare has been a contentious topic during this election season. After Republican legislators ended the penalty for not carrying insurance coverage in the 2017 Jobs Act and Tax Cuts, a group of 18 conservative states are suing to strike down the entire Affordable Care Act, including some of its popular provisions. Under the law, the percentage of uninsured Americans dropped from 15.5% in 2010 to 9.2% in 2019. The rate bottomed in 2017, and has risen each of the past two years.

Fewer uninsured Americans has led to an increased number of people seeking healthcare services, resulting in revenues for health system operators like HCA Healthcare (NYSE:HCA). One of the pillars of Biden’s healthcare policy proposals is to create a Medicare-like public healthcare option. This would likely continue to increase the percentage of Americans with coverage. 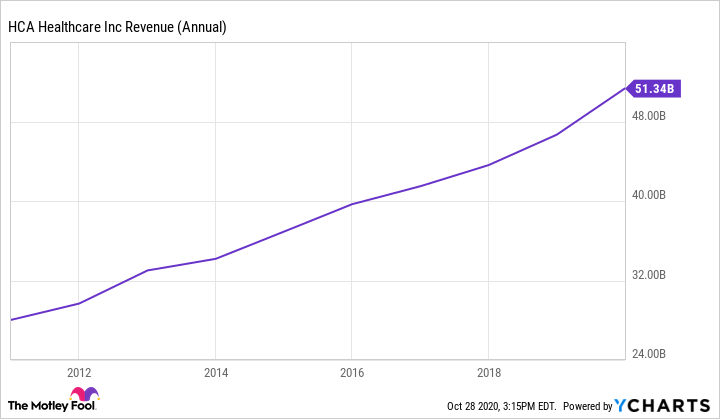 Currently, the healthcare exchanges created by the Affordable Care Act have been populated with plans that are often too expensive or lacking comprehensive coverage. The addition of some of the 9.2% of Americans who still lack coverage would provide a revenue boost to HCA Healthcare. As one of the country’s biggest health systems — operating 180 hospitals and more than 2100 sites of care in 21 states — the company would see a significant benefit from more insured patients. More people seeking primary care, completing preventative screenings, and getting early diagnoses of cancer, mental illness, and substance abuse would add revenue to HCA while reducing the costs associated with caring for those individuals if uninsured, but absorbing the costs.

Although management suspended the dividend due to concerns over the pandemic in April, the shares had been yielding $0.43 per quarter, or about 1.4%, at the current stock price. Expect the dividend to return and the number of patients, and profits, to increase in a Biden presidency.

Globally, the need for renewable energy is less controversial than in the U.S., where the Republican party is vocal about not accepting the science of climate change. Despite the Environmental Protection Agency weakening the limits on carbon dioxide emissions from power plants, production of renewable energy has continued to grow in America.

In 2019, renewable energy sources accounted for 17.5% of U.S. electricity generation compared to 15.6% in 2016. NextEra Energy has contributed to this with $75 billion in investments since 2004, and plans to spend another $30 billion through 2022. The company is now the leading renewable energy producer in the world in wind and solar and a leader in battery storage.

The former Vice President has several policy proposals that would benefit NextEra. Re-implementing the carbon emission caps, setting a path to being carbon neutral as a country, and investing $400 billion over 10 years in clean energy are all programs that the company is positioned to benefit from.

As the global leader in solar and wind, and a long track record of successful investments in renewable energy, NextEra would likely be a trusted partner in developing plans and putting funds to work in a Biden administration. Investors would no doubt benefit from the tailwind of regulation and capital pushing competitors to achieve what management already has. And with a 1.88% dividend, yield-seeking investors get paid to hold a company leading the charge in an energy revolution.

Opinion | Guns and Suicide
Ricky Schroder defends helping bail out Kyle Rittenhouse: ‘The kid is innocent’
ILA | NRA Continues the Fight Against I-1639 in the Court of Appeals
NRA reports alleged misspending by current and former executives to IRS
Tucker Carlson claims 2020 US election was ‘rigged against Trump’