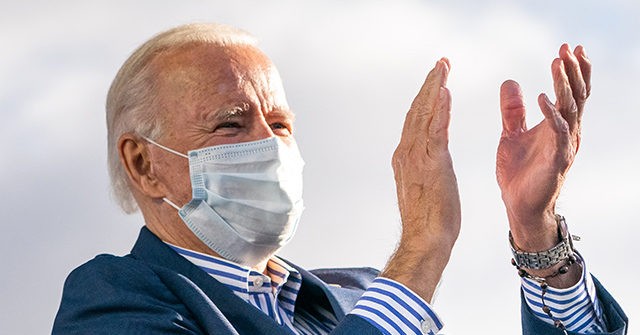 Former Vice President Joe Biden doubled down on his calls to ban “assault weapons” and “high capacity” magazines and to institute other gun controls on the final Sunday of his 2020 presidential campaign.

Breitbart News reported that Biden’s proposals not only contain a ban on the future manufacture of AR-15s and other firearms the Democrats label “assault weapons” but also a provision that could require every AR-15 rifle to be registered under the National Firearms Act of 1934 (NFA). Unless there was some form of carve-out, this could mandate that American gun owners pay a $200 federal tax for each AR-15 that they own.

The National Rifle Association’s Andrew Arulanandam told Breitbart News that the current “low end” estimate of privately-owned AR-15s in the United States is 18 million. A tax of $200 on 18 million AR-15s means that gun owners could potentially be required to pay a collective $3.6 billion in taxes if this policy were enacted into legislation.

Another provision could require Americans to sell back their so-called “high-capacity magazines” to the government or be registered under the NFA. The latter, unless there was some form of carve-out, could mandate that American gun owners pay a $200 federal tax for every high-capacity magazine they currently own.

Biden is also pushing universal background checks, as he reiterated in his November 1, 2020, tweet.

Other gun proposals being pushed by Biden include:

AWR Hawkins is an award-winning Second Amendment columnist for Breitbart News, the host of the Breitbart podcast Bullets with AWR Hawkins, and the writer/curator of Down Range with AWR Hawkins, a weekly newsletter focused on all things Second Amendment, also for Breitbart News. He is the political analyst for Armed American Radio. Follow him on Twitter: @AWRHawkins. Reach him directly at awrhawkins@breitbart.com. Sign up to get Down Range