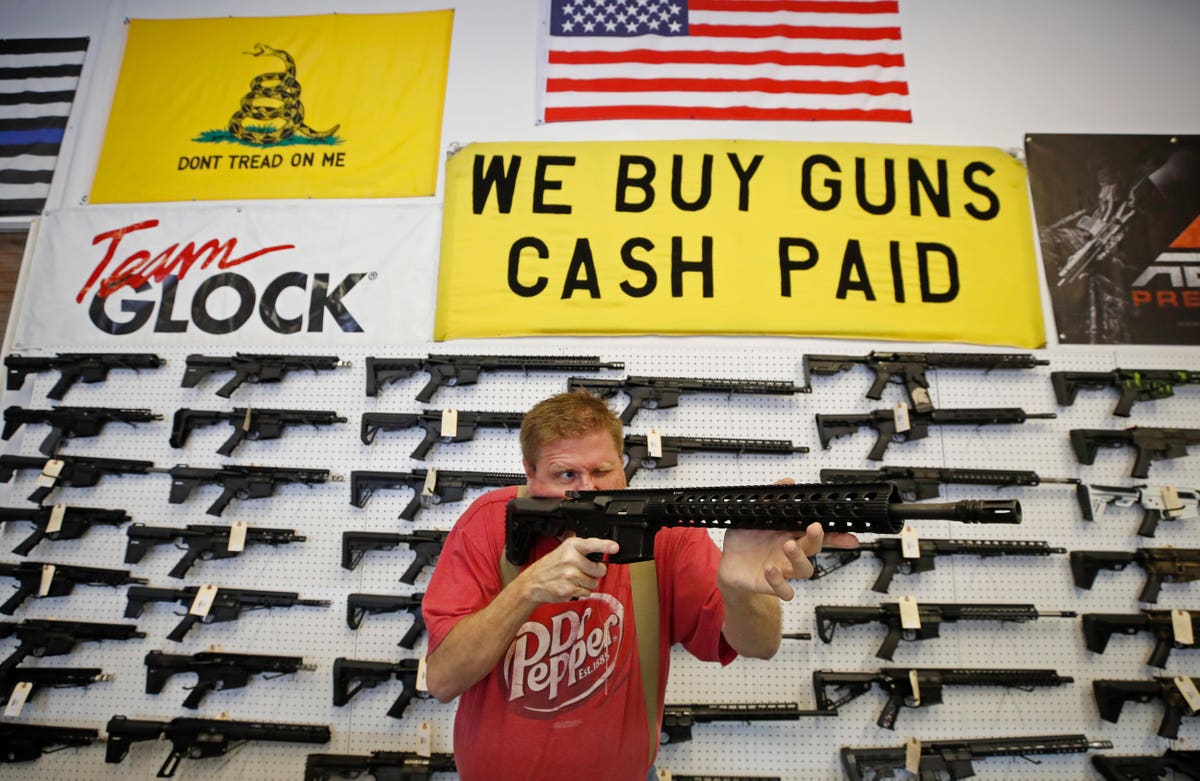 Americans continued to load up on guns at a frenetic pace leading up to Election Day, according to background check data from the Federal Bureau of Investigation.

Americans have been buying guns for self-protection at an accelerated rate since March, as the coronavirus pandemic tightened its grip, cratering the economy and putting tens of millions of people out of work. Covid-19 has killed more than 231,000 Americans and infected more than 9 million, with no end in sight. The infection rate is getting worse as winter is coming.

Gun sales are getting fueled by first-time buyers. Nearly 7 million people bought a firearm for the first time this year, according to the gun industry group the National Shooting Sports Foundation. As for why they’re finally venturing into gun shops, retailers say that customers cite the volatile political rhetoric, civil unrest, police brutality, Black Lives Matters and an economy flattened by Covid-19. Gun buyers are also worried about the risk of increased gun control if Democrats win the White House.

The new buyers include growing numbers of women, senior citizens and Black Americans, according to anecdotal observations from firearms dealers. The most popular guns are the compact semiautomatic pistols that are user-friendly and easy to conceal. This includes the famous Glock, as well as handguns from other leading manufacturers like the M&P 9mm Shield EZ from Smith & Wesson and the LCP line of handguns from Sturm, Ruger
. Compact pistols are also produced by Taurus, Sig Sauer and Springfield Armory, which bills its Hellcat series as “the highest capacity micro-compact 9mm in the world” with a capacity of 14 rounds.

FBI background checks are conducted whenever someone buys, or tries to buy, a gun or guns from a federally-licensed dealer, which includes all gun stores.  Background checks are not the same as sales, but the FBI’s data is the best nationwide proxy.

While gunmakers are celebrating the surge in sales, advocates for gun control see troublesome signs in the stockpiling of America.

“These numbers confirm the need for aggressive action from policymakers to protect our background checks systems, which are under unprecedented strain,” said Rob Wilcox, deputy director of policy and strategy at Everytown for Gun Safety.

The fear of civil unrest isn’t just driving up gun sales. It also prompted retail giant Walmart
to pull ammunition off its shelves and store it in the back rooms, to be produced upon request. Walmart said this was a precaution heading into the election, and it soon returned ammunition to store shelves. The company had taken the same precaution after the police killing of George Floyd in Minneapolis in April triggered a wave of volatile protests in cities across the country, and contributed to a steep rise in gun sales.

The election results will have an enormous impact on the future of the gun industry. President Trump is endorsed by the National Rifle Association and has no plan for gun control. But the Democratic contenders for the White House, former Vice President Joseph Biden and Sen. Kamala Harris (D-California), have an aggressive gun control policy.

If elected, they plan to expand background checks, ban the manufacture of assault weapons and high capacity magazines, and impose further restrictions on the weapons already in ownership. The Biden-Harris plan would require owners of assault rifles, including tactical-style semiautomatic rifles like AR-15s, to register them under the National Firearms Act, which already applies to full auto machine guns and silencers. The NFA registration requires a $200 tax and lengthens the background check period from minutes to months.

“It cannot be discounted that today’s gun buyers are faced with polar opposites of presidential candidates when it comes to protecting Second Amendment rights,” said Mark Oliva, director of public affairs for the NSSF.

He said that President Trump “vowed to safeguard this right” while Biden and Harris  “have both embraced outright confiscation of lawfully owned firearms as the headliner of the most far-reaching gun control agenda to be presented to the American voter.”

For those gun owners who don’t register their assault weapons with the NFA, the Biden-Harris plan includes a nationwide buyback, like the one administered by the Australia government following a mass shooting in the 1990s. The buyback would pose logistical challenges, given the large number of gunowners in the U.S.

While gun manufacturers support Trump, they might experience stronger sales, at least in the short term, if Democrats are elected to the White House.

If Biden and Harris win, “the firearms industry could display an even more significant spike in demand over the next few months after the election as consumers likely stockpile certain types of firearms they fear could soon be banned,” said gun industry analyst Rommel Dionisio in an investor’s note about Sturm, Ruger.

But the pendulum can swing both ways. After Trump was elected four years ago, gun sales dropped significantly because the fear of gun control had gone away.