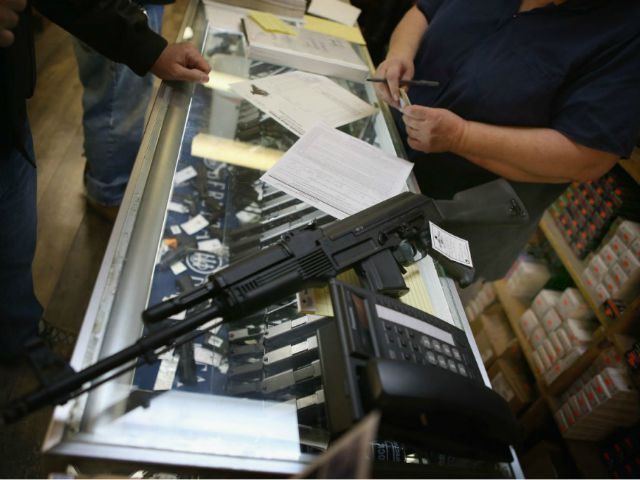 The Georgia Senate runoff races in the first week of January decide control of the Senate. Crucially, they also decide the ability for the left to pass legislation supporting bans on the sale and possession of AR-15 rifles.

Sure, there are other guns at stake too, but the AR-15 is America’s most popular rifle. A  Democrat-run Senate will be expected to go along with Joe Biden’s plans to tax the rifles–to a point of making their possession cost-prohibitive–as well as his plan to ban any future sale of the semiautomatic beauties.

On October 17, 2020, Breitbart News reported Biden’s gun agenda could cost AR-15 owners $3.6 billion in taxes for guns they already own.

Specifically, Biden’s gun control policy includes a provision that could require every AR-15 rifle be registered under the National Firearms Act of 1934.

.@DonaldJTrumpJr: “Gun owners, you think it stops at AR-15s? Then it will be semi-automatic shotguns.” https://t.co/vIwpdx76nN

Unless there were some form of carve-out, this could mandate American gun owners pay a $200 federal tax per AR-15 that they own.

The National Rifle Association’s Andrew Arulanandam told Breitbart News the current “low end” estimate of privately-owned AR-15s in the United States is 18 million. A tax of $200 on 18 million AR-15s means that gun owners could potentially be required to a pay a collective $3.6 billion in taxes, if this policy were enacted into legislation.

Biden’s campaign website also made clear he wants to “ban the manufacture and sale of assault weapons.”

This will dry up the supply of AR-15 rifles, and all other rifles which the Democrats label “assault weapons,” allowing the $200 per rifle tax-and-registration scheme to make it cost prohibitive to hold on to AR-15s that were made before the ban took effect.

All Biden needs to get this gun control campaign rolling is a Democrat Senate majority, and with the current tally in the Senate sitting at 50 Republicans to 48 Democrats, the two Georgia run-off races mean everything.

And it is worth noting one of the Democrats running in Georgia–Jon Ossoff–has his own plans for banning guns.

On November 10, 2020, Breitbart News reported Ossoff’s plans to ban the sale of semiautomatic rifles and “high capacity” magazines, period. And Ossoff suggests a licensing requirement for semiautomatic rifles that are already in privately hands before the ban is enacted.

The bottom-line is clear: If Democrats capture control of the Senate the war on AR-15s and other commonly-0wned semiautomatic rifles will be carried out with no way to stop it.