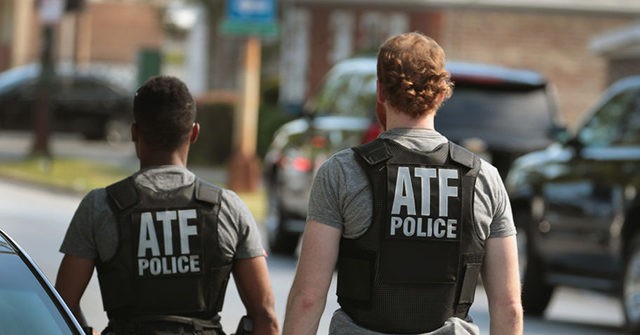 A report from the NRA-ILA suggests the Bureau of Alcohol, Tobacco, Firearms, and Explosives (ATF) is already working with former Vice President Joe Biden to go after AR-15 pistol braces.

On October 7, 2020, Breitbart News reported that the ATF reclassified a small sliver of AR-15 pistols with stabilizer braces as Short Barrel Rifles (SBRs), thereby placing them under the purview of the National Firearms Act (NFA).

The pistol targeted by the ATF was made by Q, LLC, and is called the “Honey Badger.” However, the ATF made clear that two other Q, LLC pistols with stabilizer braces — the Sugar Weasel and the Mini Fix — may fall under NFA purview as well.

Three days later, on October 10, 2020, the Trump administration made clear they were looking into the ATF’s decision to reclassify some AR-15 pistols and place them under the NFA.

But Biden is claiming victory in the November 3 election and acting ATF director Regina Lombardi and associate deputy director Marvin Richardson allegedly used a November 10, 2020, conference call to reveal that Biden’s people had already reached out to them to find out their “top priorities.” The NRA-ILA  points to an Ammoland.com report claiming “Lombardi told those on the call that her priorities would be pistol braces and 80% lower receivers.”

The NRA-ILA does not say what type of polices/regulations could be issued regarding stabilizing braces but they do note there are more than 4 million such braces already in private ownership in America.

If pistols outfitted with such braces were fall under NFA purview, it could mean that owners of the firearms would be required to submit photographs and fingerprints, undergo an FBI background check, register the firearm with the ATF, and pay a $200 tax to the federal government. Other fees could be applicable as well.