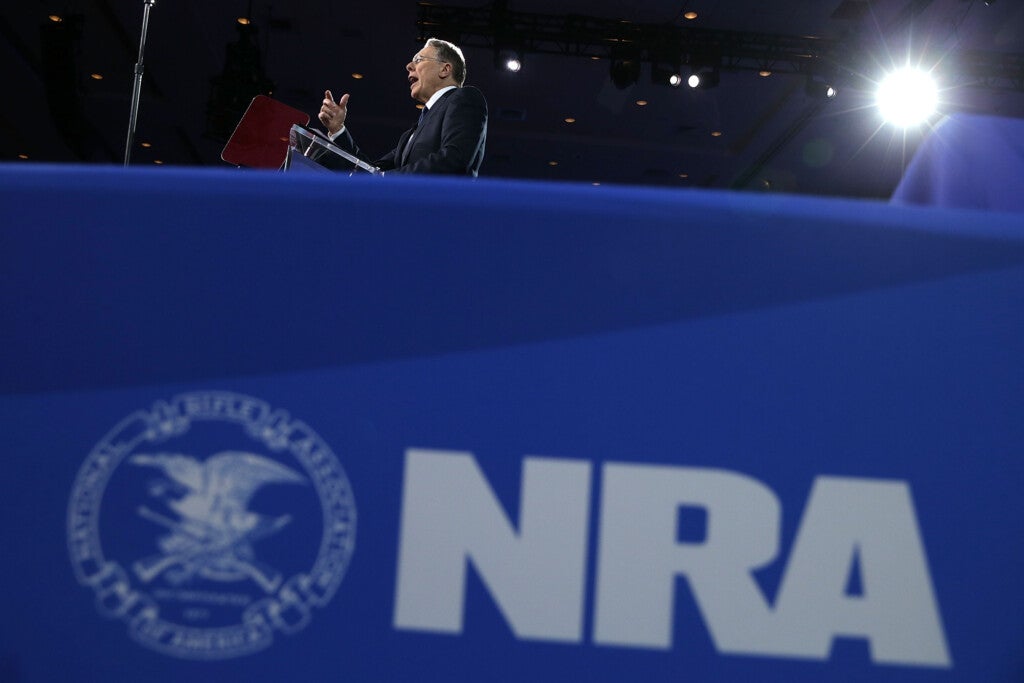 (CNN) — The National Rifle Association says in a tax filing that it became aware of a “significant diversion” of its assets in 2019 and previous years, and that its current president has paid back nearly $300,000 plus interest in funds for the expenses, according to the filings.

CNN obtained the NRA’s 990 tax return, which is meant for organizations that are exempt from income tax, in which the organization states that it “has identified what it believes are excess benefit transactions in which it engaged in 2019 and in prior calendar years of which it became aware but were not reported on its prior forms 990.”

“The National Rifle Association became aware during 2019 of a significant diversion of its assets during 2019 and for prior calendar years,” the filing states.

The Washington Post and The Trace reported the story earlier Wednesday.

Charles Cotton, NRA first vice president and chair of the Audit Committee, commented on the 990 filing to CNN in a statement.

“As its tax filing demonstrates, the NRA is committed to strict compliance with its accounting controls and good governance practices,” Cotton said in the statement.

The form names eight current and former NRA executives who it believes received “excess benefits,” including its current executive vice president and CEO, Wayne LaPierre. Much of the disputed expenses involve travel and personal expenses, and the NRA states in the filing that it is reviewing whether board members “may have used first class or business class travel without authorization required under the NRA’s travel policy.”

The filing states that the NRA estimates it paid nearly $300,000 in travel expenses on behalf of LaPierre between 2015 and 2019.

“The NRA has determined to treat the payments as automatic excess benefits under Treasury Regulations section 53.4959-4(C),” the filing states. “Mr. LaPierre has repaid this excess benefit to National Rifle Association, plus interest, and therefore the excess benefit has been corrected.”

Andrew Arulanandam, managing director for NRA Public Affairs and spokesman for LaPierre, said in a statement to CNN that the vast majority of LaPierre’s travel was undertaken in “strict compliance with NRA policy, which reimburses for travel only to advance the interests of the NRA and its members.”

“To the extent there were any questions about certain travel expenditures, Mr. LaPierre reimbursed the NRA,” Arulanandam said in the statement. “These transactions are fully disclosed in the 2019 tax filing, in accordance with all regulations. The Association’s finances are audited, it complies with all applicable regulations, and the Board has an independent Audit Committee.”

The filing states that there are other transactions from 2019 and other years that are “still under review” and are currently part of four different lawsuits.

One of those suits, filed in August by New York state Attorney General Letitia James, seeks to dissolve the NRA, alleging that its senior leadership violated laws governing nonprofit groups and used millions from the organization’s reserves for personal use and tax fraud.

In a statement to CNN, James said LaPierre’s reimbursement shows that the NRA “went unchecked” under his leadership.

“For years, Wayne LaPierre and his lieutenants skirted the law and pocketed millions from NRA coffers to fund lavish lifestyles that included private jets, pricey vacations, expensive meals, and no-show contracts,” James said in the statement. “Mr. LaPierre’s reimbursement of just a fraction of the millions he personally profited from indicates how the NRA went unchecked under his leadership. There is no question that the rot runs deep, which is why our lawsuit will continue. We will not stop fighting until justice is served.”

At the time of James’ suit, LaPierre said in a statement that the investigation is “an unconstitutional, premeditated attack aiming to dismantle and destroy the NRA.” The NRA countersued in federal court. Both suits are still pending.

When CNN asked the IRS to comment on whether the NRA could face penalties for the “excess benefit transactions” noted in the filing, spokesman Raphael Tulino told CNN in a statement that “federal law prohibits the IRS from confirming or denying any correspondence with taxpayers. Nor does the IRS comment on specific taxpayers or cases.”