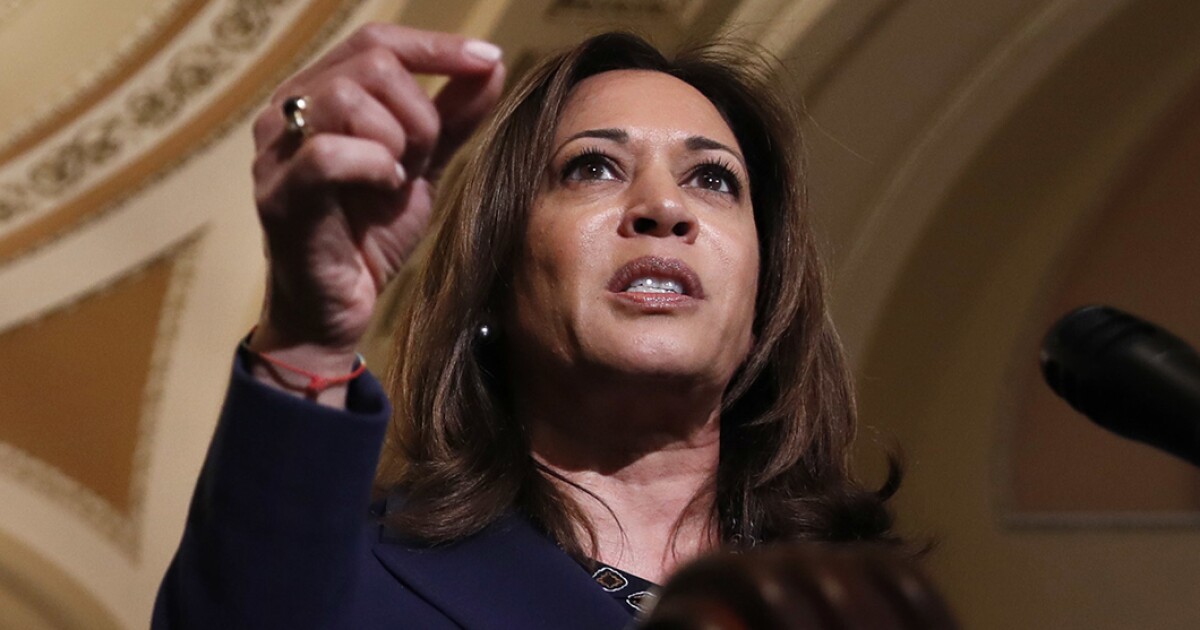 Kamala Harris marked the eighth anniversary of the Sandy Hook shooting earlier this week by calling for “commonsense” gun control. But she already told us what commonsense measures she supports, chief among them is confiscation.

Before being selected as Joe Biden’s running mate, Harris tried to stake out the furthest left-wing positions in the Democratic primary on a number of issues. This was most evident on gun control, where she praised Eric Swalwell’s “mandatory buybacks” during a Democratic debate. She liked the idea so much that she eventually adopted it as her own.

“We have to have a buyback program, and I support a mandatory gun buyback program,” Harris told the anti-Second Amendment group March for Our Lives in October of 2019. You’ll remember the March for Our Lives as the group that thinks that anyone who supports private gun ownership is placing a price tag on student lives. Just like the group, Harris has opposed the individual right to gun ownership secured by the Second Amendment.

Harris has previously said that gun control should be implemented by executive decree. “I will give the United States Congress 100 days to get their act together,” Harris said during her presidential run, “and if they do not, I will take executive action.” Arbitrary deadline aside, Harris determined during her presidential run that she should be able to act on gun policy unilaterally. Gun confiscation was not one of the specific executive orders she outlined during her campaign, but her opposition to private firearm ownership is clear.

It’s not a promising sign for the next four years. Biden chose Harris as his running mate and praised Beto O’Rourke specifically for his gun control positions. O’Rourke pitched himself as the most pro-confiscation Democrat in the 2020 presidential field. Biden’s aides have also promised that he would “make big, bold changes through executive action,” including on gun control.

This is Harris’s idea of “commonsense gun safety reform,” but it has become the established position of the current version of the Democratic Party. Whether Democrats decide to push it with increased gun ownership and Republicans trimming their House majority and potentially holding the Senate is yet to be seen. But Harris is reminding us that this is what Democrats want to do.