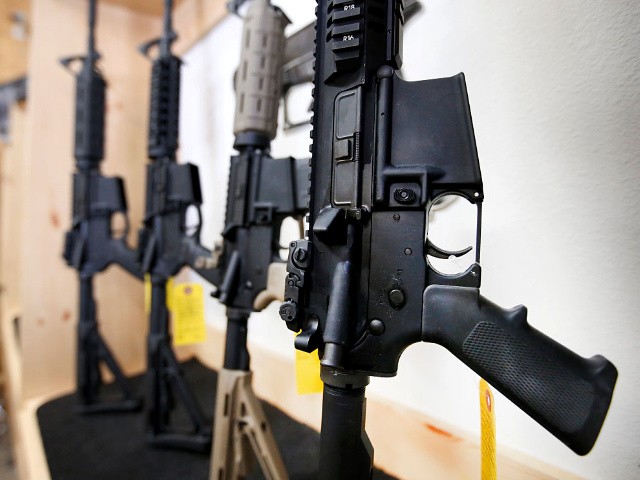 The Bureau of Alcohol, Tobacco, Firearms, and Explosives (ATF) will publish proposed regulations on AR pistols with stabilizer braces on December 18, 2020, and accept public comments on the proposals.

The proposals, which will appear in the Federal Register tomorrow, signal the ATF’s inclination to place at least certain AR pist0ls with stabilizers braces under the purview of the National Firearms Act (1934) and/or the Gun Control Act (1968). This would mean certain AR pistols with stabilizer braces would need to be registered with the ATF through the same process undertaken when purchasing a suppressor, machine gun, short-barreled rifle, or short-barreled shotgun.

Breitbart News possesses a copy of the ATF document, which suggests the ATF first approved stabilizer braces on AR pistols because the braces would help persons with handicaps or otherwise limited mobility/strength steady a pistol with one hand as they shot it.

The ATF suggests the braces are now under scrutiny because they are allegedly being used in a different manner, i.e., fired from the shoulder.

According to the ATF document:

ATF’s longstanding and publicly known position is that a firearm does not evade classification under the NFA merely because the firearm is configured with a device marketed as a “stabilizing brace” or “arm brace.” When an accessory and a weapon’s objective design features, taken together, are not consistent with use of the accessory as an arm brace, that is, not to stabilize a handgun when being operated with one hand, such weapon, configured with the accessory may fall within the scope of the NFA, particularly where the accessory functions as a shoulder stock for the weapon.

The ATF makes clear that their pending re-evaluation of AR pistols with stabilizer braces will be on a “case by case basis, ” as the agency “[evaluates] whether a particular firearm configured with a stabilizing brace bears the objective features of a firearm designed and intended to be fired from the shoulder, and thus subject to the NFA.”

The NRA responded to the ATF’s reevaluation of AR Pistols with stabilizer braces by pledging to fight any reclassification and suggesting the ATF is “[signaling]  that is is ready and eager to collaborate with [President-elect] Joe Biden, [Vice President-elect] Kamala Harris, and other gun control extremists to infringe on our Second Amendment rights.”

Brian Kemp Slams Stacey Abrams for Something She Didn’t Do — but He Did
Guns And The Blame Game; Penny For Republican Thoughts! : ThyBlackMan.com
Illinois Dems’ action on assault weapons doesn’t match rhetoric
A GUIDE TO THE 2022 PRIMARY ELECTION
ILA | Supreme Court Signals It May Rein In Federal Rulemakers