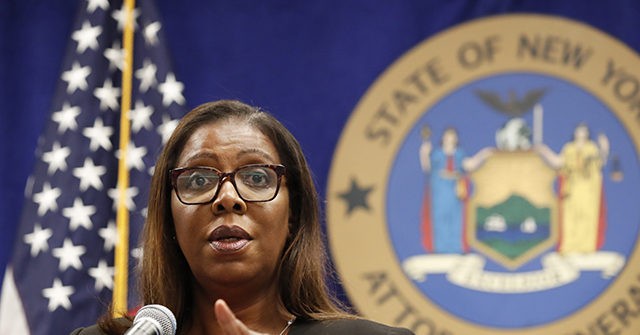 Sixteen Republican Attorneys General filed an amicus brief in support of the National Rifle Association (NRA) as New York Attorney General Letitia James (D) pushes for the dissolution of the NRA as an organization.

On August 6, 2020, the Associated Press reported that James sued the NRA and said, “The NRA’s influence has been so powerful that the organization went unchecked for decades while top executives funneled millions into their own pockets. The NRA is fraught with fraud and abuse, which is why, today, we seek to dissolve the NRA, because no organization is above the law.”

Also on August 6, Breitbart News noted that James’ suit seeks the dissolution of the NRA and the Washington Post pointed out the suit calls for LaPierre and three other individuals to repay funds to NRA members, which she claims were spent on “inflated salaries.”

On August 7, 2020, the UK Independent reported that NRA president Carolyn Meadows responded to the suit by saying, “It’s a transparent attempt to score political points and attack the leading voice in opposition to the leftist agenda. This has been a power grab by a political opportunist – a desperate move that is part of a rank political vendetta. Our members won’t be intimidated or bullied in their defense of political and constitutional freedom.”

In the brief, Arkansas AG Leslie Rutledge wrote, “The New York Attorney General cannot be allowed to wield the power of her office to discriminate against the NRA simply because she does not like its members’ political views, advocacy or defense of a constitutional right.”

Rutledge continued, “I stand committed to protecting the Constitution — particularly Arkansans’ right to bear arms. That is why I oppose the New York Attorney General’s political stunt and am proud to lead these 16 States in supporting the NRA’s lawsuit against New York.”

Another signatory on the brief, Louisiana AG Jeff Landry, released a statement explaining his opposition to the NY lawsuit and his support for the NRA. “The New York Attorney General’s actions threaten the civil rights of five million NRA members – including citizens of Louisiana,” Landry said. “I am proud to fight back against this partisan attack on the First and Fourteenth Amendment rights of law-abiding citizens who respect the constitutional right to keep and bear arms.”