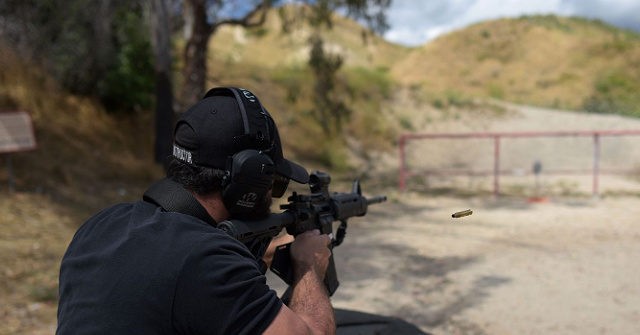 The Bureau of Alcohol, Tobacco, Firearms, and Explosives (ATF) withdrew the guidance on its proposed AR pistol reclassification Wednesday.

This is a stark reversal of the ATF’s steady push toward changing rules and placing some AR pistols with stabilizer braces under the purview of the National Firearms Act (NFA) and/or Gun Control Act (GCA).

On November 18, 2020, Breitbart News reported that the ATF was working with President-Elect Joe Biden to go after AR pistols with stabilizer braces. This pursuit resulted in the ATF being posed to reevaluate and reclassify a number of AR pistols with stabilizer braces, placing them under the same registration and taxation rules as suppressors, machine guns, short-barreled shotguns, and short-barreled rifles.

On December 22, 2020, Breitbart News informed readers that the ATF had posted guidance for AR pistol reclassification to the Federal Register. On that same day, Rep. Richard Hudson (R-NC) and 89 other U.S. Reps. sent a letter to the ATF demanding they reverse course and correct the “injustice” of reclassifying AR pistols.

On Wednesday, December 23, 2020, the NRA announced that the ATF had withdrawn the guidance for its proposed AR pistol reclassification:

JUST IN: The ATF withdrew its guidance on pistol stabilizing braces.

Thank you to all @NRA members, gun owners, pro-2A members of Congress, @SenateMajLdr McConnell, @RepRichHudson, and all who helped strike down the @ATFHQ’s unsuccessful overreach.

Upon further consultation with the Department of Justice and the Office of the Deputy Attorney General, ATF is withdrawing, pending further Department of Justice review, the notice and request for comments entitled “Objective Factors for Classifying Weapons with ‘Stabilizing Braces’,” that was published on December 18, 2020. As explained in the notice, the proposed guidance was not a regulation. The notice informed and invited comment from the industry and public on a proposed guidance prior to issuing a final guidance document.