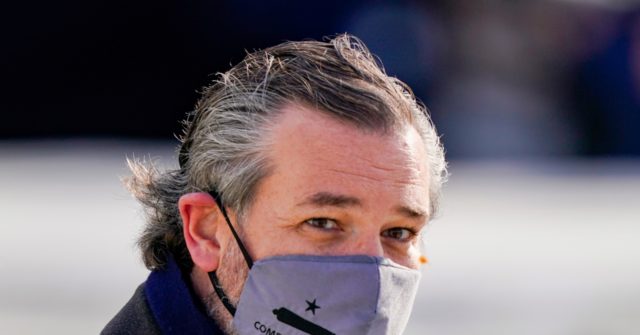 The National Rifle Association (NRA) tweeted a photo of Cruz at the event:

Former President Donald Trump told gun controllers to “Come and Take It” during his speech at the 2018 NRA convention, and he explained the origins of the Gonzales motto:

In 1835, soldiers from General Santa Anna’s army marched into the little Texas town of Gonzales and ordered those Texans to surrender their small cannon that they relied on to protect their lives and protect their homes. The Texans refused! They were not about to give up their only means of self-defense.

In response, Santa Anna’s army returned with a large group of additional people. They had men all over the place … [but] this time, they were met by dozens of Texans … who had rushed to Gonzales to defend their rights and their freedom. As Santa Anna’s men watched from a distance, those brave Texans raised a flag for all to see. On the banner, they painted a cannon along with four words that echoed through the ages. It said, “Come and Take It.”

Cruz’s “Come and Take It” mask came as Biden assumed office amid promises to secure universal background checks, and an “assault weapons” / “high capacity” magazine ban that would prohibit the future manufacture and sale of both.

Biden also proposed gun controls that would bring existing, privately-owned AR-15s, AK-47s, and similar guns under the purview of the National Firearms Act, which could result in a tax of $200 on each such rifle and each such magazine.