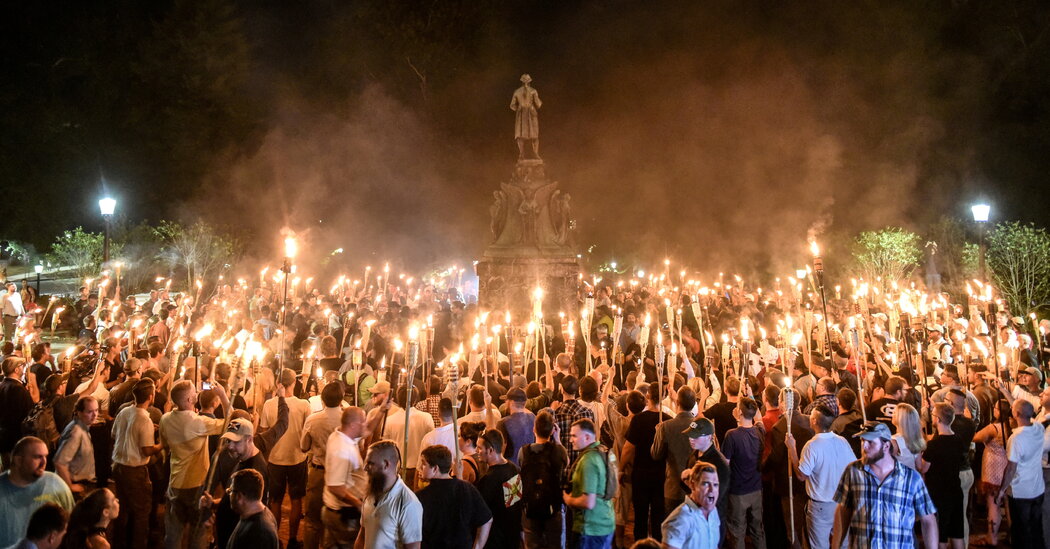 “Many of us in the counterterrorism community were feeling frustrated that we couldn’t quite drive progress the way we thought it needed to be driven,” said Elizabeth Neumann, who was an assistant secretary of counterterrorism and threat prevention in Trump’s Department of Homeland Security.

Opinion Debate
What should the Biden administration and a Democratic-controlled Congress prioritize?

Much of this problem was instigated and exacerbated by Trump himself. With the president winking at and even encouraging right-wing violence while falsely claiming that left-wing groups were the real problem, it’s hardly surprising that federal law enforcement would downplay the issue. Last year a whistle-blower charged that Homeland Security officials delayed publishing an assessment that declared white supremacy the “most persistent and lethal threat in the homeland” in order to align the agency’s message with Trump’s; the department finally published the document late last year.

Republican politicians and luminaries of conservative media have also cultivated cozy ties with the far right. Gavin McInnes, a founder of the Proud Boys, an extremist group whose members took part in the Capitol riot, has appeared dozens of times on Fox News. A leader of Stop the Steal, one of the groups that organized the Capitol protest, has claimed that it coordinated with some Republican members of Congress — who now may face legal trouble. There is also right-wing gun culture, which has become intertwined with white supremacy. A 2017 ad by the National Rifle Association divides the country into “ours” and “theirs,” leaving little question about the skin color of “ours.”

But doubt about the threat posed by domestic terrorists extended beyond Trump and other conservatives. Neumann told me that there was a sense among many in law enforcement that Americans could not cause great harm — domestic terrorists were “lone wolves,” they were disorganized and uncoordinated, their danger was nothing existential. There was some truth to this belief, Neumann acknowledged, but the view was so fixed that it created its own warped reality.

In the absence of leaders declaring that “this is the threat that we’re facing and we’re going to leverage all our tools in our tool kit to go after it,” Neumann said, misinformation and disinformation clouded the issue, which is why so many Americans are unaware of the prevalence of far-right terrorist acts — which, in turn, is why there’s little political focus on it.

After acknowledging the problem, there are several practical steps the Biden administration might take to address right-wing violence. Many of these are obvious, following the lessons that counterterrorism officials have learned investigating Islamic terrorism.

Experts I talked to called for vigilant investigation and prosecution of the Capitol rioters; more resources for anti-radicalization programs, which have proved effective in countering jihadi recruitment; a much greater federal emphasis on investigating hate crimes, acts of ideologically motivated violence that often fly under the radar of terrorism investigators; continued deplatforming of right-wing agitators from mainstream media; and greater cooperation between the United States and other countries in tracking and preventing attacks and recruitment that crosses borders, a growing problem in a digital world.