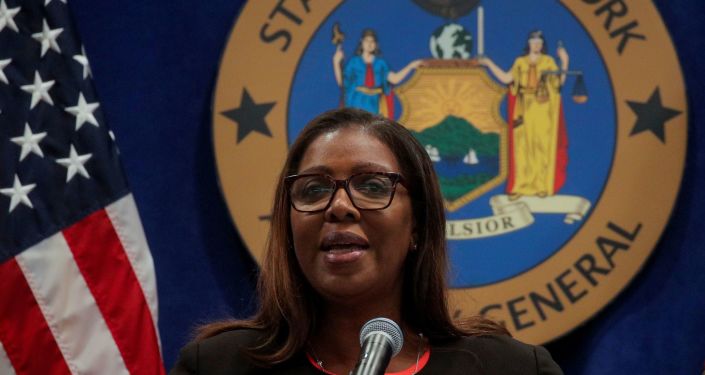 “A judge has ruled in our favor and denied the @NRA’s attempts to dismiss our entire lawsuit against them and move the case to another court,” James, who brought the action, said. “Today’s order reaffirms that the @NRA does not get to dictate if and where they will answer for their unlawful actions.”

The NRA, with nearly five million gun owners, is one of America’s most powerful lobby groups. It is supported largely by the conservative Republican Party, which is likely to see more of its influence challenged under the administration of Democrat President Joe Biden, who took office on Wednesday after defeating his predecessor, Republican Donald Trump, in November’s election.

Thursday’s ruling by Justice Joel Cohen of the Manhattan Supreme Court came six days after the NRA filed for bankruptcy protection and said it planned to reincorporate in the more gun-friendly Texas, after 150 years in New York.

Bankruptcy filings typically freeze lawsuits against people or corporations. The NRA says its bankruptcy filing should halt the New York Attorney General’s lawsuit alleging financial mismanagement and hopes James’ case will be dismissed or transferred out of state.

James had argued even before the ruling that the NRA did not have the standing to do so. She said the gun lobby’s actions were tantamount to “repeatedly and blatantly violating the rights of New Yorkers”, and stressed that “no one is above the law – not even the individuals charged with enforcing it.”

ILA | New Mexico: Gun Control Bills on the Move this Week in Santa Fe!
Is constitutional carry coming to Florida?
How do you win voters over on gun control? Start a TV campaign
ILA | Updates to ATF Final Rule on Stabilizing Braces
Florida poised to become 26th state that allows permitless carry of guns