The National Rifle Association took the drastic step of filing Chapter 11 bankruptcy, seeking to move to Texas as it faces ongoing litigation that could lead to the complete dissolution of the organization.

Powerful Second Amendment advocacy group the National Rifle Association (NRA) filed for Chapter 11 bankruptcy on Jan. 15, but stressed it was in its “strongest financial condition in years.” The organization said it would utilize the bankruptcy filing to relocate from New York to Texas and to streamline business operations despite there being simpler, more common ways to achieve these goals.

“I don’t think this would have been my first option or my second option or my third option,” Jeremy Fischer, co-chair of the American Bankruptcy Institute’s (ABI) Bankruptcy Litigation Committee, told the Daily Caller News Foundation. “I don’t know that bankruptcy is a great fit for what they’re trying to do. I think it would be an option of last resort.”

It would likely be more efficient for the NRA to simply forfeit its current corporate charter in New York and reincorporate in Texas, Fischer said. The involvement of a bankruptcy court is “highly unusual,” he added.

The NRA reported $50 million in net assets in a court filing Wednesday, with total assets equaling $203 million and liabilities totaling $153 million. The figures suggest there isn’t a need for bankruptcy filings.

Chapter 11 bankruptcy is most commonly used by entities facing significant financial trouble to restructure their finances and avoid liquidation, according to New York City-based bankruptcy lawyer Stephen Starr. The intention is for an entity to emerge from the proceedings restructured and sustainable.

When asked why it chose to pursue Chapter 11 to streamline its affairs and relocate to Texas instead of its other options, an NRA spokesperson referred the DCNF to a Jan. 15 press release.

The NRA, which has been incorporated for about 150 years in the State of New York, has repeatedly stated in releases that the bankruptcy filing is a means of “dumping New York” and escaping the state’s “toxic political environment.”

“The NRA is pursuing reincorporating in a state that values the contributions of the NRA,” the organization’s CEO and Executive Vice President Wayne LaPierre said in a statement Jan. 15. 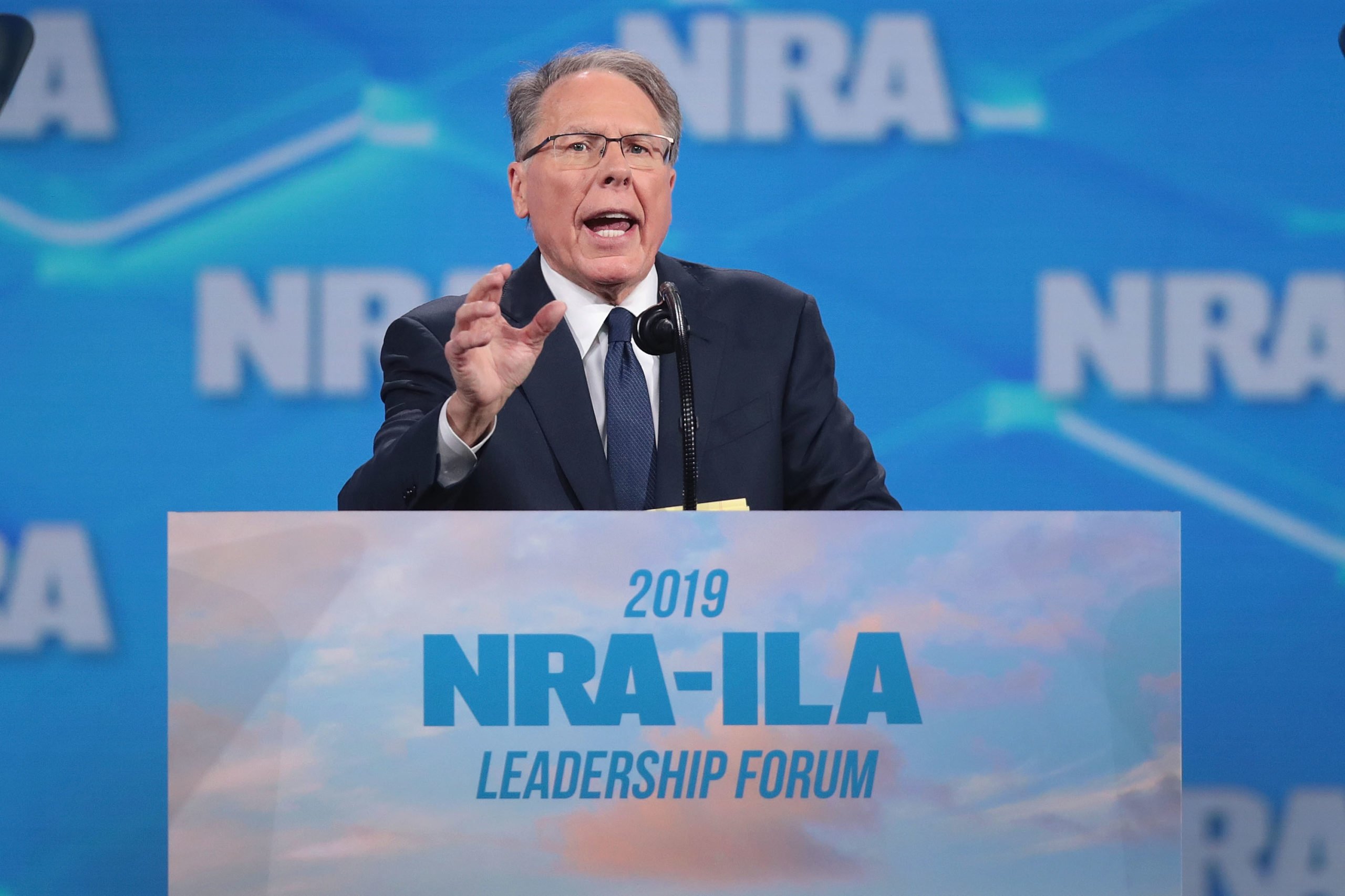 In August, New York Attorney General Letitia James filed a lawsuit against the NRA seeking to completely dissolve the group over fraud allegations. The lawsuit is the culmination of a tense relationship between the the massive gun rights group and the state, which has previously targeted the NRA’s bottom line. James campaigned for attorney general in 2018 on a platform that included targeting the NRA calling it an “organ of deadly propaganda.”

Judge Joel Cohen of the New York Supreme Court refused to dismiss New York’s lawsuit against the NRA in a preliminary ruling Thursday, The Wall Street Journal reported. Cohen also ruled that if the NRA moved to invoke its bankruptcy rights in the case, he and the bankruptcy court would have the final say on if those rights would be granted.

Bankruptcy filings usually prevent all pending litigation from moving forward, according to The Associated Press. James has argued that this case is exempted from that rule and the NRA has itself stated that it doesn’t plan on preventing the lawsuit from proceeding. (RELATED: NRA Announces Lawsuit Against New York Attorney General)

“The [bankruptcy] filing does not seek to stay or transfer the [New York’s] case,” William Brewer III, counsel to the NRA, said in a statement shared with the DCNF Thursday. “Rather, it seeks to streamline and organize the NRA’s legal and financial affairs and, with approval of the court, to also allow the NRA to reincorporate in the state of Texas.” 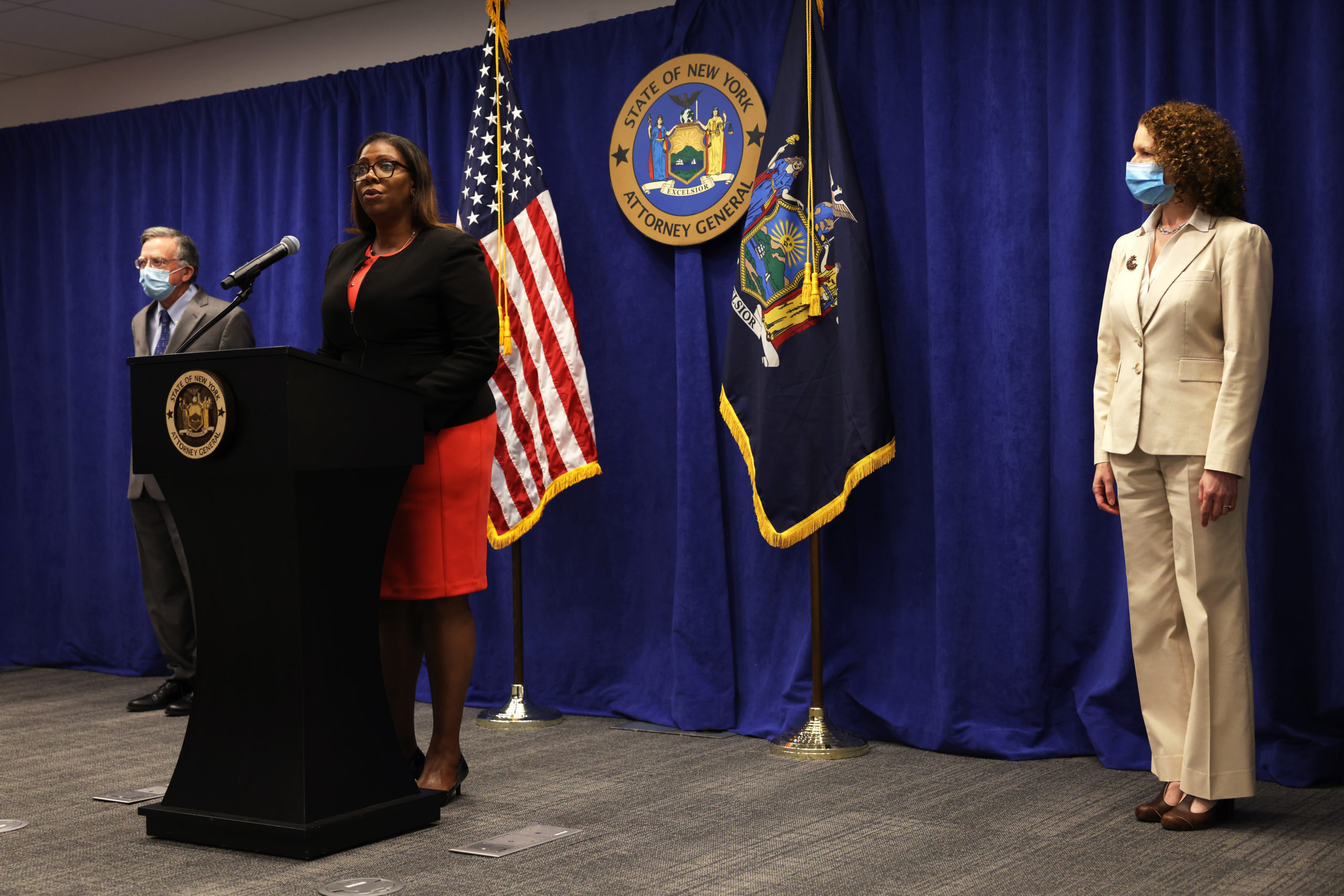 The NRA’s Wednesday filing said bankruptcy court would allow it to “streamline, resolve, and address all outstanding claims.” The filing said the NRA isn’t attempting to escape New York regulatory oversight as James has charged, but seeks to leave the state to avoid future aggressive, politically-motivated litigation.

Several experts told The New York Times that the “audacious” bankruptcy filing was dubious and likely to be rejected in court.

“I see it as a Hail Mary for them,” Adam Levitin, a Georgetown University professor who specializes in bankruptcy, told the NYT. “They may know they’re dead in the water if they don’t get out of the [attorney general’s] grasp.”

Jay Westbrook, a University of Texas professor who specializes in bankruptcy, said the case would likely be dismissed, according to the NYT. (RELATED: Oliver North Says NRA Is Trying To Smear Him Because He Asked Questions)

“There’s only one rule for a good-faith bankruptcy filing,” David Skeel Jr., a professor of corporate and bankruptcy law at the University of Pennsylvania Law School, told the NYT. “You can’t say, ‘I don’t need bankruptcy. I’m really only here because I’ve got this other problem.’” 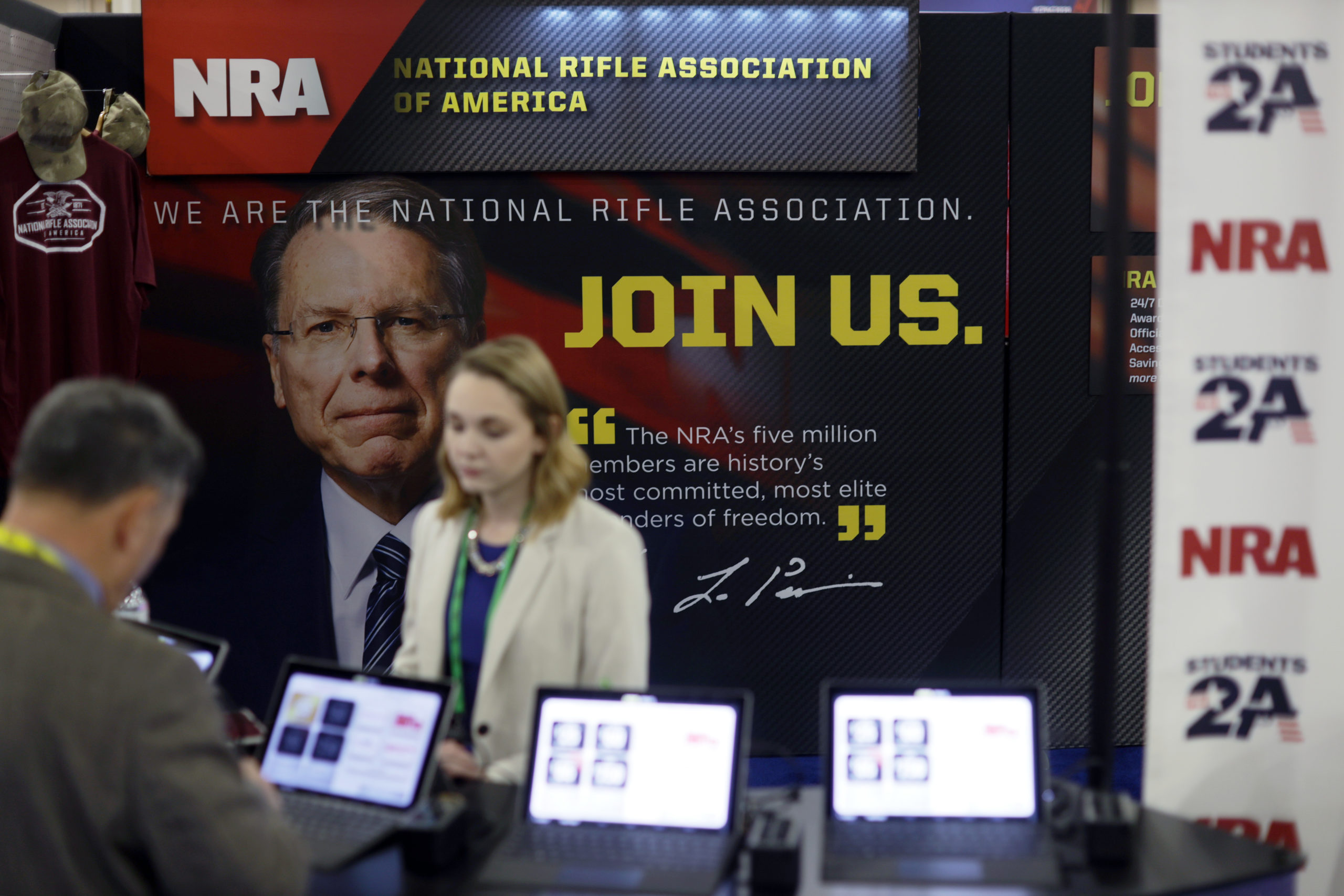 The booth of the National Rifle Association is seen at the annual Conservative Political Action Conference on Feb. 26 in Maryland. (Alex Wong/Getty Images)

However, Fischer, from the ABI, told the DCNF that it isn’t out of the realm of possibility that the NRA seeks to leave New York through Chapter 11 bankruptcy because its financial stability is threatened by the state’s lawsuit. In that case, bankruptcy could be reasonable.

“The New York action to revoke the not-for-profit corporate status of the NRA is equivalent to a death sentence,” Fischer said. “So a bankruptcy filing to prevent something that’s equivalent to a foreclosure of the only asset of a company — that’s a normal reason why companies file for bankruptcy.” (RELATED: Trump Suggests NRA Relocate To Texas After New York AG Files Lawsuit Against Them)

There is also some precedent for the move. In 1987, oil corporation Texaco filed for bankruptcy to avoid a multibillion-dollar court ruling against it and in 1998, carbon product maker SGL Carbon filed for bankruptcy to skirt several price-fixing lawsuits, according to the NYT. The SGL Carbon case is most similar to the NRA’s since the company admitted in court that it was financially stable. But, the court then ruled against the company.

“SGL Carbon has not supported its argument that pending litigation establishes the good faith of a Chapter 11 filing,” the Third Circuit Court of Appeals said in its decision.