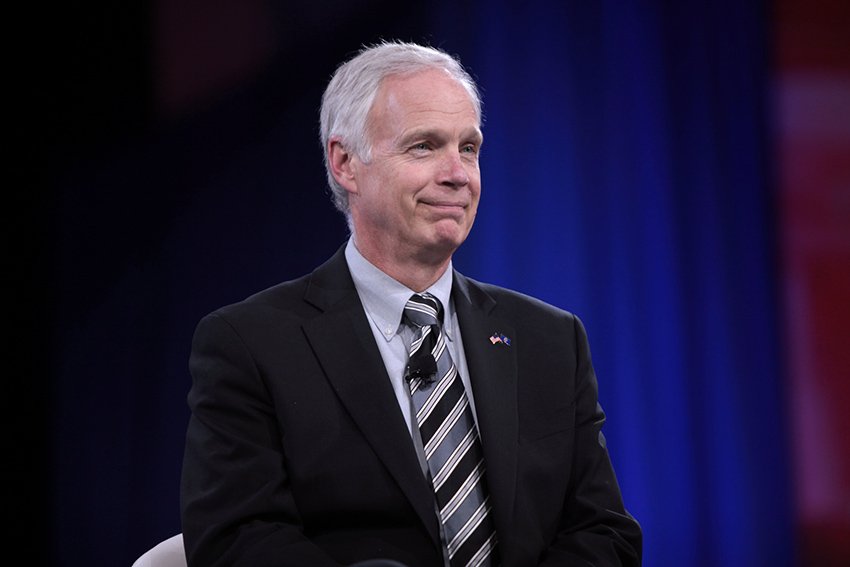 Wisconsin got an up close and personal demonstration last week of the dueling realities of President Joe Biden acting to resolve the public health and employment crises upending American lives and Republican Sen. Ron Johnson’s dishonest attempt to pretend the horrors inflicted upon the nation by the previous president never happened.

In his first major trip out of Washington as president, Biden assured a nationally televised town hall in Milwaukee the U.S. would have enough COVID vaccine available for every American by the end of July and life could begin returning to normal in the fall. But he emphasized: “I don’t want to overpromise anything here.” That was a stark contrast with his unpresidential predecessor. The hallmark of Donald Trump’s presidency was lying and overpromising constantly. A year ago when COVID deaths were still in the hundreds, Trump promised the uncontrolled pandemic was disappearing and churches would be packed on Easter. At Biden’s town hall a month after he took office, the U.S death toll was closing in on a half million.

Perhaps the most moving moment in the town hall came when Biden spoke directly to eight-year-old Layla Salas, whose mother Jessica said she was concerned about how soon children could get vaccinated. Biden told Layla he understood how scary it was for kids when they couldn’t go to school or see their friends, but he assured her children didn’t get COVID very often. “You’re the safest group of people in the whole world—number one,” Biden said. “Don’t be scared, honey. You’re going to be fine. And we’re going to make sure Mommy is fine too.”

It’s hard to imagine Trump reassuring a child with such empathy and compassion. Trump’s specialty was just the opposite—exaggerating and inflaming public fears among terrified supporters he promised to protect from murderous hordes of immigrants, radical Democrats disconnecting their police 911 lines, affordable government health care and other dire threats to their way of life.

Trump’s gone, but Ron Johnson and other congressional Republicans are determined to keep his inflammatory falsehoods alive. The day before Biden’s Milwaukee town hall, Johnson made the rounds of the state’s rightwing radio talk shows spreading the preposterous lie that the deadly Capitol insurrection by violent Trump supporters Americans watched on television didn’t really happen.

“This didn’t seem like an armed insurrection to me,” said Johnson, sounding disappointed. “When you hear ‘armed,’ don’t you think of firearms? Here’s the questions I would have liked to ask. How many firearms were confiscated?  How many shots were fired? I’m only aware of one.” In another interview, he said: “To call that an armed insurrection, it was the most pitiful armed insurrection anybody could ever possibly imagine.”

Johnson and the National Rifle Association may be sorry more in the mob didn’t exercise their Second Amendment rights to murder Vice President Mike Pence, House Speaker Nancy Pelosi and other elected officials, but Johnson is clearly wrong to say plenty of deadly weapons weren’t used in the insurrection that killed one police officer and four rioters and injured 140 other police officers. A large cache of firearms, thousands of rounds of ammunition and other dangerous weapons were seized. A single Alabama man was charged with having multiple firearms, 11 Molotov cocktails, a crossbow, smoke bombs and a stun gun.  Flag poles were used as weapons all day sometimes with American, Confederate or Trump flags still attached to beat police officers, destroy furniture and smash doors and windows.

Beyond the physical violence, much of the news media couldn’t even bring itself to report one of the most disgusting acts by Trump supporters, which was smearing their own excrement on the walls of the U.S. Capitol, the historic national landmark more patriotic Americans respect as democracy’s cathedral.

Fortunately, Biden realizes Republicans like Johnson who continue to perpetuate Trump’s falsehoods no longer represent the majority of Americans. In Milwaukee, Biden made what at first seemed like a startling statement: “The nation is not divided. You go out there and take a look and talk to people. You have fringes on both ends, but it’s not nearly as divided as we make it out to be.”

Actually, Biden appears to be right about a majority of Americans supporting his $1.9 trillion COVID relief package to restart the U.S. economy. A Quinnipiac poll found 68% supporting the bill and only 24% opposed.

It shouldn’t be any surprise most Americans who gave Biden the largest presidential vote in history want him to be successful in restoring their country and ending the turmoil in their lives. The longer Republicans like Johnson, Ted Cruz and Lindsey Graham cling to Trump’s failed, incompetent presidency and try to prevent Biden from succeeding on behalf of the American people, the more they will be jeopardizing the future of their own party in 2022 and 2024.

Joel McNally is a national-award-winning newspaper columnist and a longtime political commentator on Milwaukee radio and television. Since 1997, Joel has written a column for the Shepherd Express where he also was editor for two years.