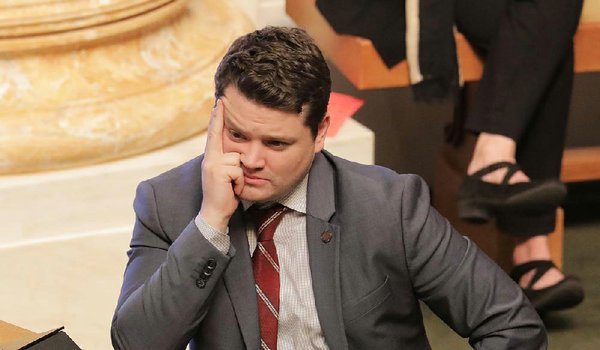 A second attempt to get a controversial “stand-your-ground” bill out of the House Judiciary Committee succeeded Tuesday, after members of the committee beat back an attempt to amend the bill in a way to appease gun owners.

The vote sends Senate Bill 24, which would eliminate the duty to retreat from Arkansas’ self-defense laws, to the House floor. A favorable vote there would send the bill to Gov. Asa Hutchinson, who has not said whether he will sign it.

The bill became stalled in the House Judiciary Committee earlier this month when an initial vote was defeated by several Republicans who joined Democrats in opposition to the measure.

While Democrats and gun-control activists argued that the bill would cause needless violence, particularly against members of minority groups, its GOP opponents cited opposition from a group of gun owners who said the bill did not go far enough in granting leeway to use their weapons in public spaces.

The House sponsor of SB24, Rep. Aaron Pilkington, R-Clarksville, returned with an amendment to the bill Tuesday that was worked out with the gun owners. The amendment would have allowed someone with a gun who was illegally trespassing in an area where guns are prohibited to use his weapon in self-defense, as long as he was not committing a more serious felony.

Dallas Green, a representative of the group Gun Owners of Arkansas that worked with Pilkington on the amendment, testified before the committee: “We believe that our creator grants us the right to defend our lives without regard to our location.”

Pilkington’s amendment, however, drew the opposition of the state’s prosecutors, who had previously been neutral on SB24.

Nathan Smith, the president of the Arkansas Prosecuting Attorneys Association, said the amendment would create confusion and potentially allow a trespasser to shoot a property owner if the trespasser felt that his life was threatened.

“We believe stand-your-ground, if it is passed, should only benefit law-abiding Arkansans,” Smith said.

The amendment was ultimately defeated when two Republicans — Rep. Stan Berry of Dover and Rep. Keith Slape of Compton — joined Democrats to defeat the proposed change.

After Pilkington went ahead with presenting the original version of the bill, Republicans stuck together and passed the bill on a 10-9, party-line vote.

“I’m happy to see it passed” out of the committee, Pilkington said later Tuesday. “I was really shocked to see the amount of opposition to the amendment.”

Hutchinson declined to comment on the committee vote, according to his spokeswoman.

Opponents of SB24 include Democrats, Black and disability-rights activists, as well as gun-control groups who point to a range of studies linking stand-your-ground-type laws to increases in gun deaths, particularly among minority groups.

A review of “stand your ground” laws enacted in surrounding states was published Monday in the Arkansas Democrat-Gazette. The review found that five of the six neighboring states experienced increased rates of gun deaths after lawmakers passed “stand your ground” measures. The Democrat-Gazette’s review included all types of gun deaths except for suicide. Without a more detailed analysis, it is impossible for the newspaper to state that the federal data alone shows that stand-your-ground laws caused increases in gun-violence deaths in those states.

“Our laws adequately protect where life is in imminent danger. … Opponents justifiably claim that such laws are a license to kill,” said Rachel Luckett, a representative of Pine Bluff Mayor Shirley Washington.

The Arkansas Chapter of Moms Demand Action, a pro-gun-control group, released a statement after the committee vote stating that SB24 “would allow vigilantes and extremists to shoot first and ask questions later, weaken gun laws, make Arkansas less safe and have disparate impacts on people of color.”

During the meeting, however, Republicans moved to limit more than a dozen opponents of the bill who had signed up to speak against it to seven minutes of speaking time, pointing to another hearing earlier this month where many of the same activists spent hours pillorying the bill.

“I think we’ve heard just about everything that needs to be heard,” said Rep. Marcus Richmond, R-Gravelly.

Later Tuesday, Gun Owners of Arkansas, the group that opposed the original version of SB24, urged members of its Facebook page to “join us in Contacting the House Members immediately” ahead of a potential floor vote this week.

Pilkington said SB24 could be taken to the floor today or Thursday.

He added that he was “pretty confident that it will pass out of the House,” despite weeks of opposition from groups such as Gun Owners of Arkansas that resulted in no changes. The bill as currently written is supported by the National Rifle Association.