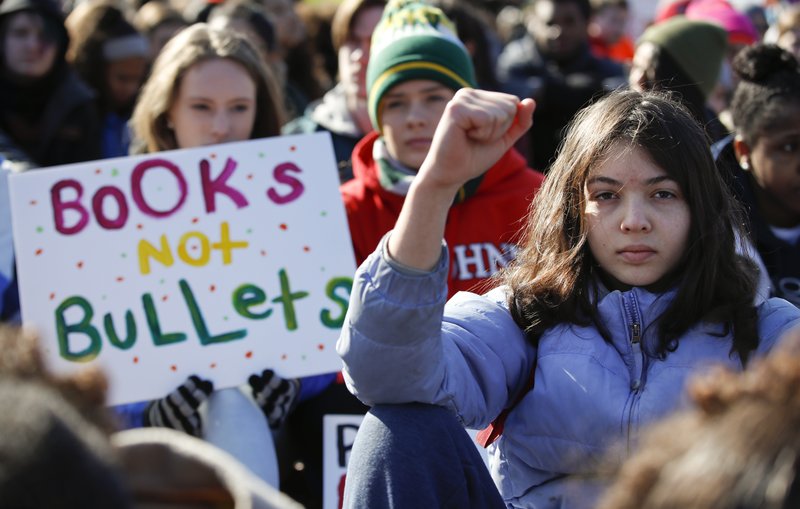 Editor’s Note: The opinions expressed in this article are solely the author’s and do not reflect the views of The Phoenix Editorial Board.

Three years ago on February 14, Marjory Stoneman Douglas High School experienced the deadliest school shooting in US history. By the end of the day, seventeen people had died and seventeen others were injured, some gravely so. It was the first in a slew of school and mass shootings to occur throughout the country in 2018 and 2019, including a school shooting in Santa Fe, New Mexico and the El Paso shooting in 2019. It catalyzed the March for Our Lives gun control movement. In the days following the tragedy, news anchors, politicians, celebrities, and everyone with a platform caught themselves saying some version of “the children are the future” as they watched traumatized sixteen- to eighteen-year olds demand basic gun regulations. The news cameras stayed trained on the once-unknown high school campus for weeks on end.

I didn’t go to MSD and I am not a survivor of the shooting; my perspective is limited to my experience. I will never speak to what it’s like to have lived through a school shooting. I wouldn’t know. What I did know was that one of my close friends walked within feet of the shooter and, thankfully, survived. I knew a student who was killed; he had been my swimming teammate once. I was friends with several other students who witnessed horrors. I know a parent who heard the gunshots as she sat in the pickup line for the middle school next door. It was a deeply strange time for my classmates and I, some of us one or two or three degrees removed from the tragedy, all of us learning to compartmentalize a fear of being shot in the classroom. February 14, 2018 changed us on a fundamental level.

In the immediate aftermath of the shooting, the small and genteel city of Parkland became famous. The city I had lived next to since I was seven years old was suddenly recognizable as more than some random Florida city one hour from South Beach. MSD’s students wrote CNN op-eds, organized national marches, and made viral speeches at the steps of a federal court building. Students across South Florida followed their lead with a desperate sense of determination. We walked out. We got suspended. We protested. We called out our representatives. My Snapchat memory from February 21 is of me sitting in a stadium at the CNN town hall watching Cameron Kasky round on Senator Marco Rubio for his NRA-funded campaigns. The day before that, it was a protest. In a few weeks, I’ll get a Snapchat memory of me carrying my March for Our Lives poster to Nick Dworet’s memorial.

Two months after the shooting, I visited Swarthmore. SwatStruck was on April 20, the day of the national walkout. I genuinely can’t remember what happened on that day, but I’m sure that at some point I stood blinking in Mertz Field for seventeen minutes in order to pay my respects. I brought my grief and my activism to my new school, which incidentally had an open campus with no guards at any gates and a walkable arboretum where strangers routinely took their dogs for walks. I remember thinking about how easy it would be to bring a gun to campus, completely undetected. I thought about that a lot. It shocked me.

To be clear, I feel safe at Swarthmore now. I acknowledge that the normal train of thought at an admitted students’ event does not include thinking about the ease of bringing firearms to a college campus. But the luxury to think like a normal high schooler might at SwatStruck? I didn’t have it anymore. Nor did many of my friends back home. How does a whole generation of teenagers cope with the sudden loss of our friends, family, and entire sense of safety?

I honestly have no idea. Three years later, the city of Parkland has faded back into obscurity. The volume of mass shootings that followed MSD’s made the names and faces of our particular situation fade from collective memory. And I understand why. I couldn’t commit every shooting that happened in the following two years to memory. I would often read the notifications on my phone gingerly, not wanting to think about them too much. Wanting to spare myself the agony of thinking about February 2018. I know the country had to desensitize itself somehow. And of course, it would eventually move on from our tragedy like it did after Columbine and Sandy Hook. But is it still painful when Valentine’s Day comes around and feels too aggressively happy for a day that I will always remember as earth-shattering? Yes.

I’ve spent the past three anniversaries of the shooting several states away from the Parkland community. They haven’t gotten easier.

March for Our Lives accomplished a lot of things. The NRA is imploding due, in no small part, to our activism against them. We brought gun control as an issue into the national spotlight. There is new and revitalized support for an assault weapons ban. But three years from the shooting, survivors still face insistent harassment from conspiracy-mongers who think it’s appropriate to shout the shooter’s name at teenagers who suffer severe PTSD. It’s demoralizing to think that families demanded the same changes after Columbine and Sandy Hook and Pulse, and that those demands went unaddressed. The fact the President Joe Biden released a statement calling for a renewed commitment to ending gun violence reminded us all that for three years, we had heard nothing remotely appropriate from the president of the United States. The lives of high school students didn’t matter to 45 unless they were Trump supporters. And as time has passed, it’s begun to feel to me as if no one cares about gun violence anymore. As if it was just another phase of Instagram activism that wore out and is no longer cool. It’s hard not to feel isolated in Swarthmore, PA on February 14th when the only people who remember the anniversary are back home in Florida. It’s nobody’s fault in particular. But it remains hard.

My reflection on the third anniversary of the shooting is a look back on what we went through as a community. It’s a proud reflection on the grassroots power that my fellow students and I harnessed. It’s a chance for me to say a prayer for every person who was lost that day, who lost family, who lost innocence. It’s an opportunity to remember and acknowledge the two students who took their lives on February 14, 2019. It’s a reflection on that fact that there is no “getting over it” date for grief. The dust doesn’t settle on something like this for years.

How does a whole generation of teenagers cope with the sudden loss of our friends, family, and entire sense of safety? The unsatisfactory answer is that nobody knows because we shouldn’t have to. But seeing as we have to, my resolve is as firm as it was three years ago. I will always fight for gun control. I will always fight against NRA-funded Republican stooges. I will always do my best to move forward for the nineteen who are no longer with us. And I will always remember their names.