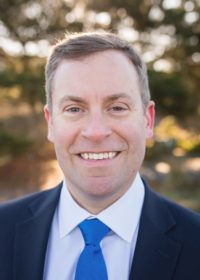 In an opinion issued Monday, the Washington State Court of Appeals ruled against the City of Edmonds and in favor of the plaintiffs in the ongoing series of challenges to Edmonds’ gun storage ordinance. Monday’s ruling built upon previous court decisions that declared the safe storage provisions of the Edmonds ordinance invalid by also striking down the unauthorized use provisions, thereby effectively negating the entire ordinance.

Proposed by then-City Council President Mike Nelson in July 2018, Ordinance 4120 was subsequently enacted by a 5-to-1 vote of the council (then-Councilmember Neil Tibbott was on vacation and unavailable by phone).

This was followed by a flurry of legal filings on both sides. Plaintiffs continued to maintain that the Edmonds measure violates state law and should be struck down, and the City of Edmonds argued to dismiss the suit on the basis that the plaintiffs “lacked standing” — a technical argument meaning that they would suffer no harm should the ordinance move forward and hence have no stake in the outcome and cannot file suit.

In March 2019, Snohomish County Superior Court Judge Anita Farris denied the city’s motion to dismiss, ruling that the plaintiffs do indeed have standing, thus allowing the suit to proceed.

In June 2019, the NRA and Second Amendment Foundation pulled out of the suit but continued to provide support to the remaining plaintiffs.

The plaintiffs appealed, and in October 2019 the court (again presided over by Judge Farris) granted a partial victory to both sides, finding that the plaintiffs’ standing applies to the safe storage but not the unauthorized use provisions of the ordinance. Accordingly, the court ruled that the State preemption law applies to the storage provisions but not the unauthorized use provisions. This said in effect that the City of Edmonds cannot tell people how to store their guns, but can levy fines against gun owners whose firearms are possessed or used by unauthorized persons.

The new Appeals Court ruling issued Monday goes beyond this, finding that the plaintiffs have standing to bring suit against both the storage and unauthorized use provisions of the Edmonds ordinance, and further finding that the state preemption statute also applies to both of these provisions.

The ruling concludes with the following language:

“CONCLUSION  – Although the trial court erred in dismissing the Gun Owners’ challenge to ECC 5.26.030 on standing grounds, we affirm the trial court’s determination that RCW 9.41.290 unambiguously preempts ECC 5.26.020 and further conclude that ECC 5.26.030 is also preempted.”

While at this time there is no firm word from the City of Edmonds about further appeals, Edmonds mayor Mike Nelson emailed the following statement to My Edmonds News.

“In Edmonds, three years ago a 16-year-old playing Russian roulette shot and killed a 17-year-old girl.  This month, a 13-year-old boy in Auburn shot his 15-year-old sister while playing with a gun. There is no dispute that safe storage of firearms saves lives.

“We have an outstanding team of lawyers assisting us on our next steps and options. This much is clear, we are not going to stop protecting our children from gun violence until the violence stops,” Nelson said.