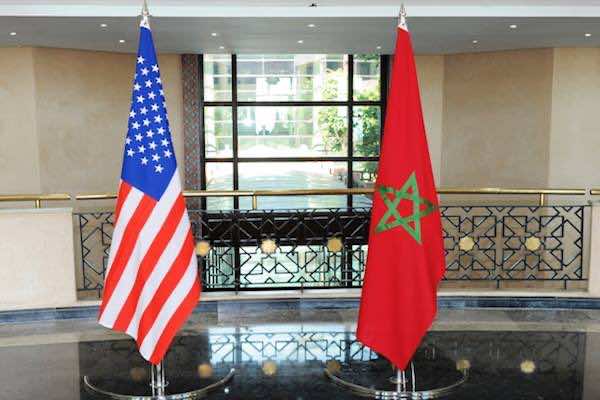 Rabat – Morocco’s government has terminated a $75,000 per month lobbying contract with JPC Strategies, a lobbying firm that the North African country hired to protect its strong ties with the US.

Morocco is now looking to find a stronger firm to replace JPC Strategies.

Morocco’s Ministry of Foreign Affairs ended the agreement recently, leaving JPC Strategies, with which the North African country had worked since 2018.

Morocco hired the firm with the goal to advance its interests and secure US support for Morocco’s position on Western Sahara.

Morocco and the US cooperate in different fields, including trade, security, and counterterrorism.

Despite considering Morocco a strong ally, the US maintained a neutral position regarding Western Sahara until the last weeks of former President Donald Trump’s tenure.

On December 10, the former president recognized Morocco’s sovereignty over Western Sahara, a win that observers do not credit to JPC’s lobbying efforts.

It was not until the end of former President Trump’s days in office that the US administration made a historic decision to recognize Morocco’s sovereignty over Western Sahara.

“Morocco recognized the United States in 1777. It is thus fitting we recognize their sovereignty over the Western Sahara,” Trump said.

Before the decision, the US had consistently praised  Morocco’s Autonomy Plan, describing it as a “serious and credible” means to end the territorial dispute. .

The feeble Moroccan lobbying efforts, however, offered space for parties supporting Polisario’s claims to double-down in their mobilization to challenge Morocco’s sovereignty over Western Sahara.

Some observers believe that JPC’s performance did not meet Morocco’s requirement  when countering lobbyists who challenged Rabat’s interests in Washington.

Another indicator that the lobbying firm fell short of garnering Congress support for Morocco is the absence of tweets by any member of Congress in support of Trump’s decision to recognize Morocco’s sovereignty over Western Sahara.

Even Ted Cruz, who is the boss of JPC Strategies’ founder, and Marco Rubio, believed to be a Morocco sympathizer, made no tweets to that effect.

Cruz made a statement in support of Morocco’s decision to reestablish ties with Israel, a statement that has no political significance for Morocco.

The same applies to Marco Rubio and Rob Portman who only published tweets in support of the Morocco-Israel deal.

Meanwhile, James Inhofe and Patrick Leahy made strongly-worded tweets against the US recognition of Morocco’s sovereignty.

Senator Rob Portman is a familiar face to Morocco

Portman, a Republican representing Ohio, had previously made positive statements about Morocco and met repeatedly with Moroccan diplomats.

On December 22, Portman commended Trump for securing a public rapprochement between Israel and Morocco.

“I commend the @realDonaldTrump administration for negotiating the normalization of relations between the Kingdom of Morocco and Israel.”

He saidt the “historic” Abraham Accords with Arab countries “continues to build a prosperous and peaceful Middle East.”

Portman’s name, however, featured in the letter that James Inhofe championed despite multiple lobbying attempts from JPC Strategies, whoemailed the senator’s office three times and held one phone call with his team in June.

Yet JPC Strategies, which has a Republican background, failed to secure his support for Morocco.

That Senators Portman, Shelley Moore Capito, Lisa Murkowski, Deb Fischer, and Cindy Hyde-Smith signed the letter speaks volumes of JPC Strategies’ inability to advance Morocco’s interests in US Congress and shows that it was outsmarted by Algeria’s lobbying firm Foley Hoag, which receives half of what Morocco pays JPC.

Senator James Inhofe championed the letter, which includes the signature of 26 other senators.

Among these 27 senators are 13 Republicans.

The letter points to the shortcomings of JPC Strategies’ lobbying and its inability to secure, at the very least, the support of Republican legislators to Morocco’s position.

The Republican party tends to support Morocco in the dispute.

Exclusive information obtained by Morocco World News revealed that the main authors of the letter had a major contract with a US lobbying firm paid by Algeria.

Inhofe and Pat Leahy, one of the main authors of the letter, met with Foley Hoag, a lobbying firm that receives $420,000 per year to fund its influential campaign in Washington.

In 2018 and 2019, former President of the National Rifle Association (NRA) David Keene similarly received thousands of dollars from Algeria to lobby against Morocco in Western Sahara.

During his tenure in Trump’s administration, Bolton spared no efforts to side with Polisario and push for a “referendum” for Western Sahara.

Bolton also criticized UN peacekeeping operation MINURSO, calling on the US to reduce its funding for the mission.

Aware of the numerous maneuvers from Polisario’s supporters, Morocco mobilized its diplomacy to secure more favorable positions not only in the US, but also in Africa.

While Morocco still has room to increase efforts and lobbying to hold the US administration to Trump’s recognition, the White House has offered positive signals in favor of Morocco’s position.

With the arrival of a new US administration, many observers and politicians questioned whether US President Joe Biden would build on Trump’s recognition or reverse it.

Questions mounted following Biden’s inauguration. The US president commenced efforts to reverse some of Trump’s major decisions, including his travel ban and other domestic affairs.

Biden’s administration comforted supporters of Morocco’s interests when he first declared support for the Israeli Abraham Accords with Arab states.

The US president said his country will build on the Israeli rapprochement with Morocco and the three Arab countries that established public ties with Netanyahu’s administration.

Biden’s administration also stunned Polisario’s supporters after the US spokesperson told them that he has “no update” for them regarding the White House’s recognition of Morocco’s sovereignty over Western Sahara.

On February 22, State Department Spokesperson Ned Price welcomed the tripartite agreement between the US, Israel, and Morocco.

The joint declaration ensures that the three countries will abide by all provisions in the agreement, highlighting the US recognition as one of the main points in the deal.

Price welcomed Morocco’s decision to improve relations with Israel, and reiterated his country’s support for the UN-led political process to find a just and lasting solution to the “dispute in Morocco.”

When a journalist asked whether his statement meant Biden’s administration would reverse Trump’s recognition, Price said the previous announcement still applies, telling the reporter that this means he has “no updates for you.”

The remarks came at a time when Algeria’s lobbyists were increasing efforts to convince Biden to reverse Trump’s milestone decision in favor of Morocco’s position in Western Sahara.

Morocco’s diplomacy beyond the US

A lengthy list of African countries expressed support for Morocco’s position over Western Sahara and opened diplomatic representations in Morocco’s southern provinces, in Laayoune and Dakhla.

Morocco is additionally pressuring the European Union to join this dynamic in Western Sahara.

Recalling the US decision, Morocco’s Minister of Foreign Affairs Nasser Bourita said that the US has long supported the Moroccan position.

Bourita argued in a recent interview with Agence Europe that the US considers Morocco’s autonomy initiative as a realistic basis for finding a definitive solution to the regional conflict.

“When one says autonomy, I do not think that there is autonomy apart from sovereignty,” he said.

The official then called on the EU to embrace the new international trend, asking the European body to move out of its comfort zone and support the dynamic process.