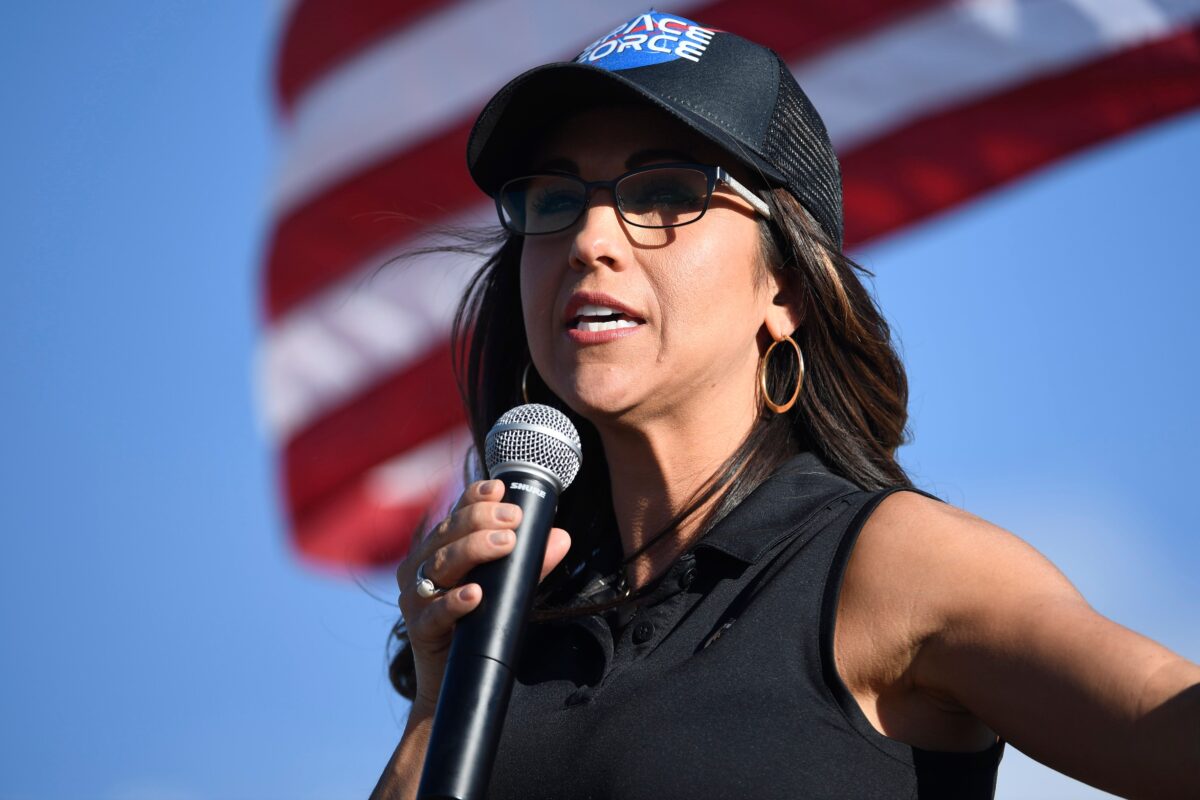 Rep. Lauren Boebert (R-Colo.) said at the Conservative Political Action Conference (CPAC) on Feb. 27 that gun laws pushed by Democrats are part of a broader thrust to control Americans.

“At the end of the day, this is all about control. D.C. wants control of everyone’s life,” Boebert said during a panel moderated by radio host and former National Rifle Association (NRA) spokeswoman Dana Loesch.

Loesch kicked off the discussion by asking the freshman congresswoman what prompted her application for a concealed carry permit in the District of Columbia, which made news earlier this month.

Boebert said it was partly a safety issue and partly prompted by her Second Amendment advocacy.

She spoke of witnessing a violent incident and feeling concerned about her ability to protect herself and her loved ones. She described how she took advantage of Colorado’s open-carry laws to begin carrying inside her restaurant. “And I saw how Democrats want to take that right away from us,” she said.

“This isn’t about taking my gun. This is about taking your guns. And I’m going to stand up for your God-given rights every single day.”

She also criticized House Speaker Nancy Pelosi (D-Calif.) and took aim at metal detectors that Democrats set up to prevent lawmakers from carrying weapons inside the Congressional chambers following the Jan. 6 Capitol breach.

“Speaker Pelosi has called us ‘the enemy within,’ and there’s metal detectors,” she said, adding that all the measures are “about control.”

“They’re not stopping with the Second Amendment. … In Washington, D.C., I wouldn’t be surprised if we start quartering soldiers in the committee hearing rooms—there’s plenty in the parking garages at ‘Fort Pelosi,’” she said, referring to reports of National Guard soldiers being sequestered in parking garages on Capitol Hill.

“Maybe we can start unreasonably seizing and searching members of Congress. Oh wait, we’re already doing that on the House chambers, right? Yes, with the metal detectors.

“So it doesn’t stop there, and maybe the 19th Amendment is next. And you and I wouldn’t have a right to vote.”

On Feb. 15, White House press secretary Jen Psaki told reporters that gun control is a “priority” for Biden, who is “not afraid of standing up” to the NRA, the nation’s largest gun-rights group.

Psaki made the comments when asked about potential new gun legislation under the new administration.

“We haven’t proposed a package at this point, so it’s hard for me to make a prediction about the likelihood of passing,” she said.