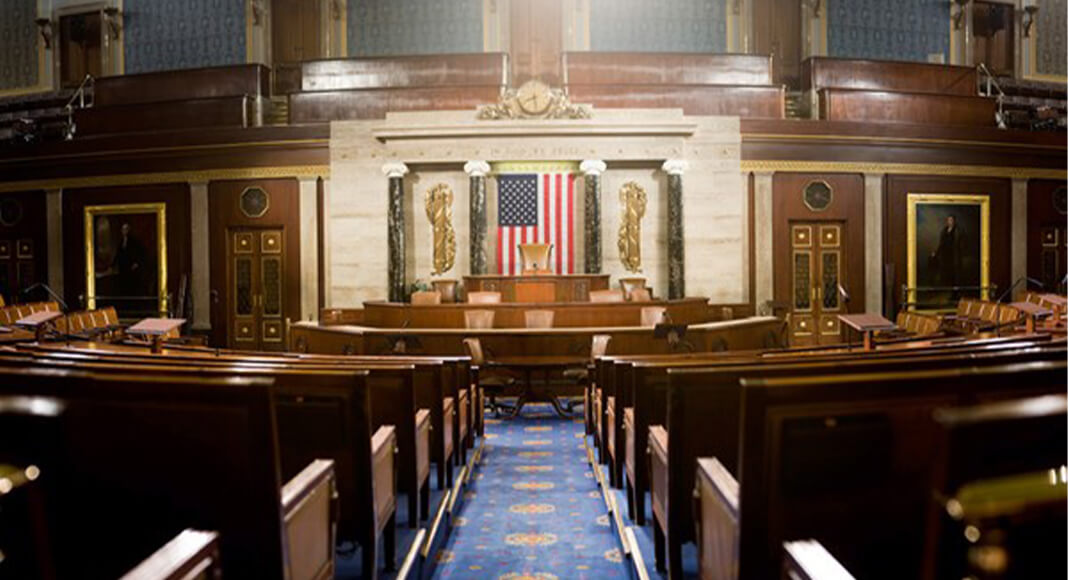 According to reports from Capitol Hill, the Democrat-controlled U.S. House of Representatives plans to vote on two gun control bills as early as next week. The first bill, so-called “universal” background check legislation, would criminalize the private transfer of firearms. The second bill, sometimes inaccurately described as legislation to close the “Charleston loophole,” would undermine the Second Amendment right by permitting the federal government to delay a firearm transfer indefinitely without proof that the transferee is prohibited from possessing firearms.

The 2021 House gun control agenda promises to include H.R. 8, introduced by Rep. Mike Thompson (D-CA), which purports to be a so-called “universal” background check bill. This legislation would make it a crime, subject to certain limited exceptions, to simply hand a firearm to another person. Any time gun owners carry out this simple act, they would potentially be exposing themselves to criminal penalties.

At the outset of the COVID-19 pandemic some jurisdictions that had criminalized the private transfer of firearms also shut down access to guns stores or their state criminal background check system. This lethal combination of misguided policies made it impossible for millions of Americans to exercise their Second Amendment rights by acquiring, or even borrowing or lending, firearms during the crisis.

According to the Department of Justice (DOJ), 75 percent of criminals in state and federal state prison who had possessed a firearm during their offense acquired the firearm through theft, “Off the street/underground market,” or “from a family member or friend, or as a gift.” Less than one percent got firearms from dealers or non-dealers at gun shows.

In 2013, the Department of Justice’s National Institute of Justice researched so-called “universal” background checks and determined that they would be not be effective without additional draconianfirearm restrictions and efforts to combat straw purchasing.

In a 2018 study, researchers at the Bloomberg School of Public Health and the UC Davis School of Medicine found that comprehensive background checks and prohibitions based on violent misdemeanors “were not associated with changes in firearm suicide or homicide.”

There is no “gun show loophole” or “online sales loophole”

Federal law requires all firearm dealers to be licensed and to initiate a National Instant Criminal Background Check System (NICS) check before transferring a firearm to a non-dealer, regardless of where the transfer takes place.

There is no overwhelming support for “universal” background checks

NICS would become a gun owner registry if all firearms transfers were subject to NICS checks and the FBI retained records of approved checks indefinitely, both of which gun control supporters have proposed. Such records would include information currently maintained on federal Form 4473, documenting the identity of the firearm purchaser and the make, model and serial number of the firearm transferred. Over time, as people sell or bequeath their firearms, a registry of firearm transfers would become a registry of gun owners.

The House 2021 gun control agenda also includes H.R. 1446, introduced by Rep. James Clyburn (D-S.C.), which would allow unelected government bureaucrats the discretion to cause indefinite firearm purchase delays. The legislation would eliminate the current 3-day safety-valve provision under the federal firearms background check system that prevents the government from instituting an indefinite delay on firearm purchases for law-abiding Americans.

All Federal Firearms Licensees (gun dealers) are required to conduct a background check on prospective purchasers to determine if transferring the firearm would violate state or federal law. Under current law, if an FFL initiates a background check, but does not receive a determination from NICS within three business days, the FFL may proceed with the firearm transfer. After the three-day window, the FBI continues to research the matter that gave rise to an individual’s delay for 90 days after the check was initiated. If it is later determined that the person is prohibited from possessing firearms, the Bureau of Alcohol, Tobacco, Firearms and Explosives is notified and tasked with retrieving the firearm.

Absent this provision, the FBI would have less incentive to conduct NICS checks in a timely manner. Moreover, the agency would have free reign to indefinitely delay any transfers they deem undesirable – for whatever political or purported public policy purpose they could concoct. This would turn all firearms sales from dealers into something akin to may-issue licensing. Prospective gun buyers who are not prohibited from owning firearms by law could be denied by bureaucratic dictate through the form of an indefinite delay.

NRA members and other freedom-loving Americans should stay tuned to NRAILA.org and NRA’s H.R. 8 website for updates on this legislation and for vital information on how to combat this threat to liberty.

Why now? How a four senators finally got a gun deal no one thought was possible
ILA | New Jersey: Chaos Reigns Supreme In Trenton
As Congress moves forward with gun restrictions, the Supreme Court loosens them
ILA | Supreme Court Gets it Right, Congress Gets it Wrong
Florida, NRA point to Supreme Court ruling as they fight over 2018 gun law