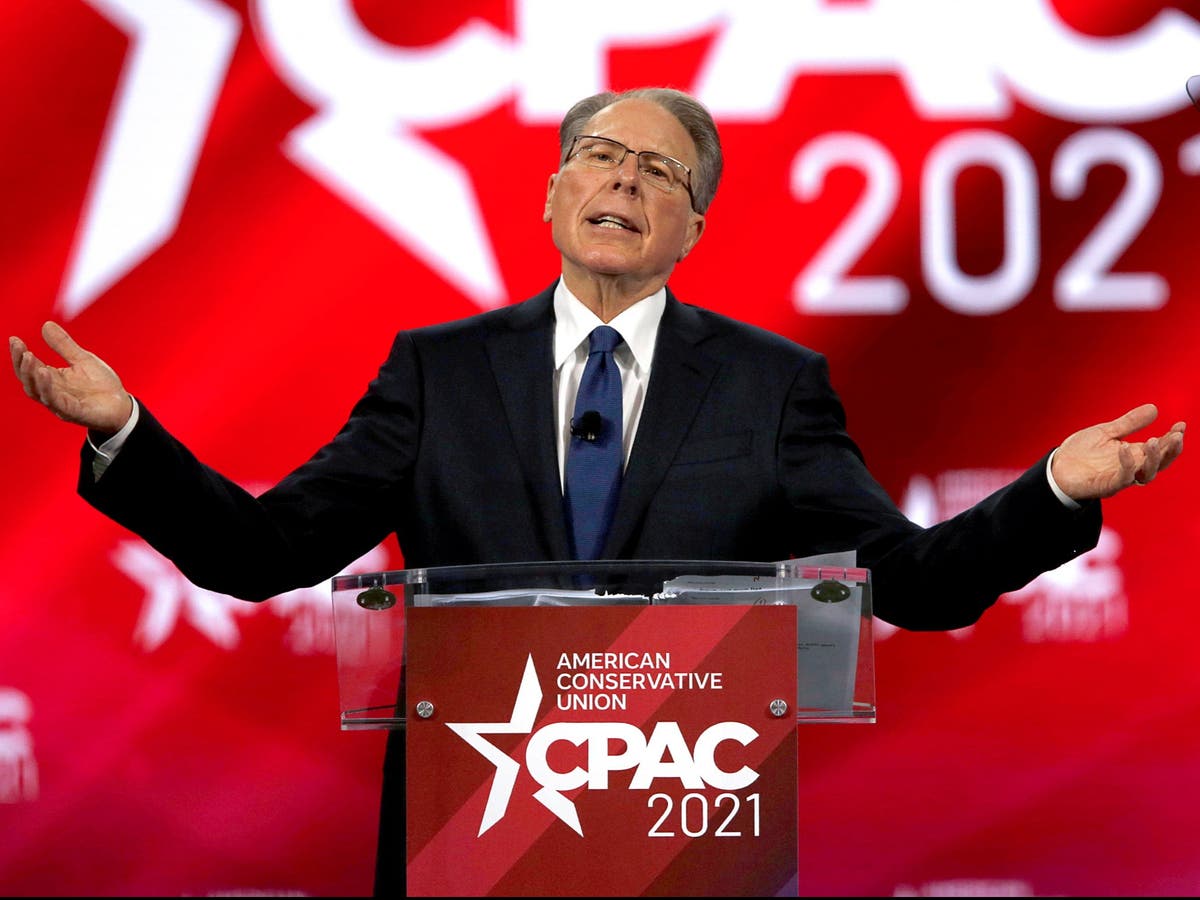 Of all the single-issue interests that have shaped US politics in the last few decades, the matter of guns is as powerful as any. Since the late 20th century, only abortion and immigration have been as consistently contentious, divisive and difficult to legislate around – but neither has been as influenced by a single institution as the gun issue has by the National Rifle Association (NRA).

Whether framed as gun rights, or gun safety, or gun control, Democratic efforts to keep America safe while staying within the bounds of the Constitution’s second amendment have foundered time and again in the face of intense campaigning by the NRA, a lobby group of astonishing power that has long mastered multi-million-dollar politics, and which has exerted remarkable power over the Republican Party platform in particular.

With millions of paying members, the association has been led since the early 1990s by Wayne LaPierre, a reliable presence at national Republican Party events and a true hardliner when it comes to firearms-related rhetoric. As usual, the address he gave to this year’s Conservative Political Action Conference (CPAC) was hyperbolic even by the standards of the other speakers; calling his group “the oldest and most successful civil rights association in the history of mankind”, he warned: “It is not just our second amendment rights at stake. It is our country as we know it. And literally, our right to survive.

“Gun-hating politicians, big tech, the media, they are all working together to shame us, censor us, cancel us, and have us submit to their demands. That we surrender our freedom and the right to self-defence be reserved only for politicians and the wealthy elites.

“But let me tell you, right here and right now: the NRA will not submit. We will not allow them to define the second amendment in their terms. We will not surrender our freedoms. I promise you that.”

Yet just as the Democrats take control of the White House and Congress for the first time since 2009, the NRA is facing critical problems – possibly even an existential crisis.

These problems have been compounded by lavish spending, which had taken the group into a $36m deficit by 2018. A class action lawsuit on behalf of the association’s 5.2 million members followed in 2019 – and, in 2020, New York Attorney General Letitia James filed to disband the NRA altogether, saying it was “fraught with fraud and abuse” and had “operated as a breeding ground for greed, abuse and brazen illegality”; at the same time, her opposite number in the District of Columbia sued another arm of the NRA for improperly diverting funds.

Since then, the association has filed for bankruptcy and made moves to reincorporate itself in Texas; it is also countersuing Ms James for “weaponising” her office to pursue a “blatant and malicious retaliation campaign” against political opponents. And all the while, it is facing the ire of major donors – as well as persistent efforts to dethrone Mr LaPierre.

These problems are bad enough. But all organisational nightmares aside, the NRA faces a particularly serious problem in the form of a Democratic-controlled federal government – and one led by someone who has been firmly on the other side of the gun debate for decades.

One of the main architects of the Assault Weapons Ban imposed in the 1990s, Joe Biden campaigned for the presidency on a plan to “ban the manufacture and sale of assault weapons and high-capacity magazines” while regulating the possession of existing guns and starting buy-back programmes to get them out of American communities.

These measures aren’t universally popular, but after a decade that has seen massacre after massacre committed with guns – among them attacks on preschoolers, highschoolers, synagogue and church congregations and the crowd at an LGBTQ nightclub – Mr Biden can point to a broad base of support for his agenda. And even some of the NRA’s former leading lights are starting to break with gun lobby orthodoxy on issues like universal background checks.

Amid all the political noise about gun control, decades of polling show that some things have remained more or less constant. Gallup figures show that since the early 1990s, the proportion of Americans who’d like to see gun laws loosened has never hit even 15 per cent; the percentage who would see them tightened, by contrast, has almost always outranked those who would be happy to see the laws stay as they are.

At the start of Donald Trump’s second year in office, a full 67 per cent of Americans wanted to see stricter gun laws. That number owed something to a string of massacres, culminating in the school shooting in Parkland, Florida that claimed 17 lives; facing calls for tougher gun measures, Mr Trump responded by siding with the NRA’s call to arm teachers in classrooms.

To the extent Mr LaPierre’s crusading tenure as head of the NRA has influenced these numbers, the effect is arguably most visible in the number of Americans who want the laws kept as they are – a number that’s fluctuated between the mid-20s and mid-40s. There may not be much sign of a grassroots movement to loosen the laws as they stand, but plenty of Americans are at least potentially resistant to any new restriction that comes along.

After all, the modern rhetoric of the gun rights lobby is much about culture as personal safety. The discourse espoused by the NRA revolves around not just a perception that violent crime is rising, but also the threat of encroaching government and the destruction of a shared conservative way of life.

That much was clear when Mr Trump made his return to public speaking at CPAC, on the same stage where Mr LaPierre waxed euphoric about his organisation’s triumphs.

That “your” is classic Trump, and classic NRA: he and they speak of the second amendment as not just a legal fact that applies to everyone, but a cultural totem cherished by a subset of Americans constantly under threat from an anti-gun “them”.

But that group has always been far smaller than the total number of gun owners, who in turn are clearly a national minority. For now, genuine ideological commitments notwithstanding, it remains in the Republican Party’s electoral and financial interest to use guns as a wedge issue. But the erosion of the NRA just as the Biden administration and Democratic-led Congress come to power will put to the test just how powerful that wedge still is.