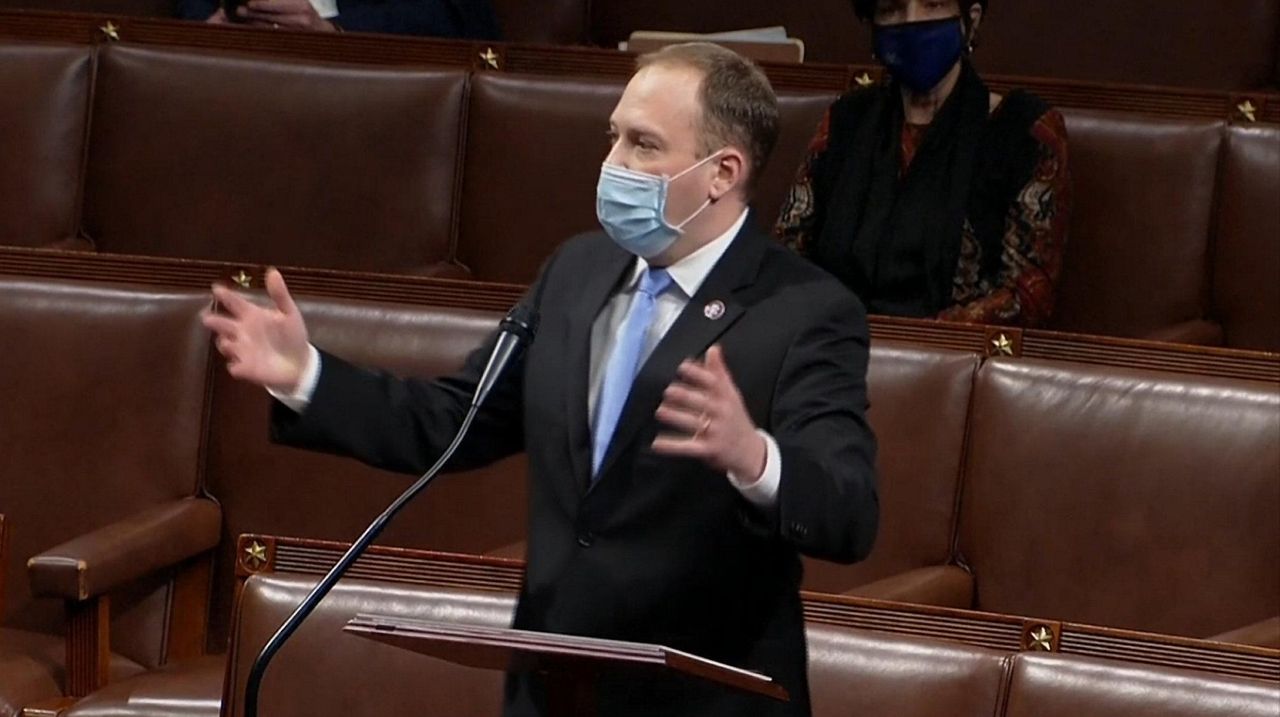 Rep. Lee Zeldin (R-Shirley) seems to have forgotten that the last Republican to hold statewide office, former Gov. George E. Pataki, supported gun safety, women’s reproductive rights, gay rights, and environmental protection [“Zeldin exploring run for governor,” News, March 3]. This is in stark contrast to Zeldin’s legislative record. He has voted against: the Equality Act, Paycheck Fairness Act, reproductive rights, and background checks, and he has the worst environmental rating of the entire New York congressional delegation from the League of Conservation Voters. Zeldin also takes more money from the National Rifle Association than any member of the state delegation. In today’s right-wing extremist Republican Party, even Pataki would likely not make it through a primary because of his views. Zeldin also attempted to overturn the certification of the presidential election, even after the violent insurrection. In doing so, Zeldin also voted to overturn the will of New Yorkers, who overwhelmingly rejected former President Donald Trump. In my view, most New Yorkers will not stand for a right-wing, anti-democracy extremist in the governor’s role in Albany. To me, Zeldin is unfit to lead, both in Washington and Albany.

Rep. Lee Zeldin is considering a run for governor next year, claiming that “we need to work together to protect our freedoms.” Where was Zeldin’s concern for our freedoms on Jan. 6, when he voted against certifying the presidential election results? This was the first time in U.S. history that we failed to have a peaceful transfer of power. There was an attempted coup, and Zeldin did not stand up to it. But most senators and representatives did uphold their oaths to the Constitution. They verified the election results and protected our freedoms with their actions on a day when a mob swarmed the U.S. Capitol, killed a police officer and tried to subvert our democracy. When it mattered most, Zeldin failed. In my view, he does not deserve the honor of holding any public office.

I find it ironic that Rep. Lee Zeldin feels a need to “save our state” after what he tried to do to our country. Here’s a man who supported the Texas lawsuit to disenfranchise the voters of four other states. Thank goodness the Supreme Court saved those states’ votes. Then Zeldin voted against the certification of votes from Arizona and Pennsylvania. Those efforts failed, too. Democracy was saved. Our state, like all states, has challenges ahead. What we don’t need is a follower of the “big lie” leading us. What we do need is a leader who supports our democratic principles. Zeldin should not be the Republican choice for governor.

Debate over future of clean energy

The big news is that renewable energy is coming, and we’ve got to plan for it [“Cost of upgrading LI’s grid,” News, Feb. 24]. The Long Island Power Authority’s plans to upgrade infrastructure will make certain that on Long Island we’ll avoid Texas-size disasters and keep the clean energy flowing. What we pay for in increased rates we’ll more than save in reduced disaster costs, especially if ratepayers across the state share in it. Gov. Andrew M. Cuomo is smart on climate. He knows we have to pull out all the stops in building offshore wind, solar farms and battery storage in our state, with the new renewable energy siting office to help along wind and solar. A Long Islander heading the federal Bureau of Ocean Energy Management means a better deal for Long Islanders in getting the offshore wind power we need. With LIPA and Cuomo in sync, we will enjoy a green energy future.

Clean energy by itself is and will be, in my view, a failure. Picture a rainy day with no wind, or an evening with no wind and no power. I suggest an elegant solution: solar, wind, battery and American natural gas, all combined in the same power plant. We’d be very green, getting power 100% of the time. The natural gas power plant (using 100% American natural gas) with several turbines could be scaled to operate at 25% to 100% capacity, reducing emissions even further, based upon supply and demand. America has the world’s greatest engineers — they can improve my idea. Think outside the box for real solutions.

An employee stole $260,000 from the Elmont Memorial Library over six years [“Woman gets prison for stealing from library,” News, Feb. 25]. The scheme was finally unraveled by an outside accounting firm’s review. Why did it take six years for the library to uncover the more than 100 thefts? Shouldn’t audits have been done more frequently? Perhaps some blame should be attributed to an apparent lack of library oversight.