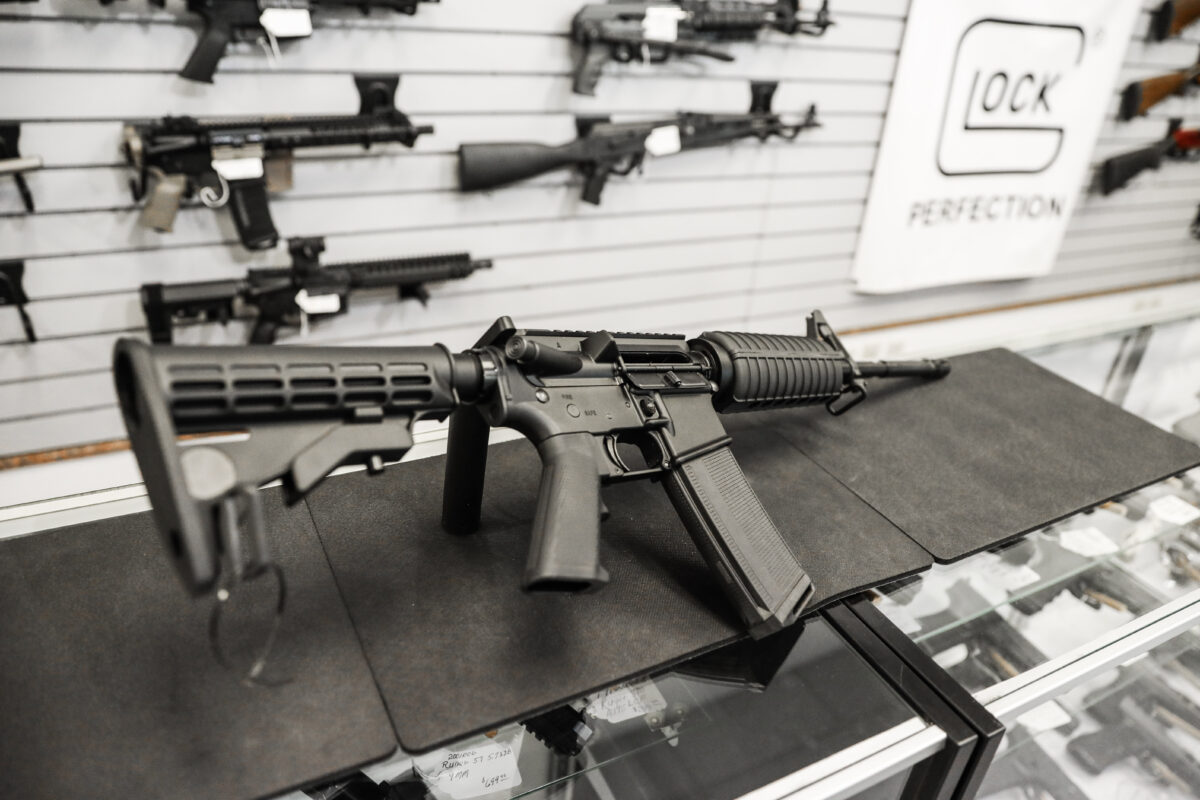 A bill that seeks to expand New Mexico’s fledgling red flag gun laws has been bumped from this year’s 60-day legislative session by more pressing priorities, according to local reports.

“For all intents and purposes, it’s gone, unless something really radical changes,” one of the bill’s Democrat sponsors, State Rep. Daymon Ely, told the Santa Fe New Mexican on Wednesday. “But there are just too many other priorities this time.”

Calling the bill’s demise in this year’s session a “calendar management problem,” Ely told the outlet he hopes to revive House Bill 193 next year.

The measure sought to expand New Mexico’s existing red flag gun law, called the Extreme Risk Firearm Protection Order Act (pdf), by letting law enforcement officers—of their own accord and based on their own observations—apply for a court order to temporarily take away guns from a person considered a threat.

Current law allows police to apply for an extreme-risk protection order (ERPO) only at the request of specified “reporting parties”—people who have a closer relationship with the individual being targeted for firearms confiscation, such as spouses or employers. Filing of such a petition must also be based on police being presented with credible evidence that a person poses a significant danger of causing imminent personal injury to themselves or to others by having access to a firearm.

The amendment is opposed by the National Rifle Association Institute for Legislative Action (NRA-ILA), which criticized the measure as overreach in a recent statement.

“House Bill 193 is an amendment to the red flag firearms surrender law that would allow a police officer to petition for an extreme risk protective order directly and to confiscate any firearms discovered when serving the order,” the organization said. “Keep in mind that no crime has to be committed, or alleged to have been committed, for the order to be issued.”

The current red flag law went into effect in May 2020, after being signed into law by New Mexico Gov. Michelle Lujan Grisham, a Democrat.

“This is another meaningful and productive step forward in our effort to keep New Mexico communities safe,” Grisham said in a statement. “Surely we can all agree that if someone is making threats of harm, we must act to prevent it. The alternative is to leave New Mexicans at risk–and that is flatly unacceptable.”

One of the bill’s co-sponsors, Rep. Joy Garratt, argued for the adoption of extreme-risk protection orders as a suicide-reduction measure, noting that New Mexico’s suicide rate is at least 50 percent higher than the national rate and that suicides make up around 70 percent of all firearm deaths.

“This law gives law enforcement and our courts an additional tool to prevent crime in New Mexico and reduce firearm-related homicides and suicide deaths,” Garrett said in a statement.

The bill was met with opposition from some New Mexico law enforcement officials, with Sheriff Corey Helton of Lea County saying he would rather go to jail than enforce the law, according to Taos News. This was echoed by the head of the New Mexico Sheriffs’ Association, who said most sheriffs in the state would refuse to confiscate a person’s firearms.

The NRA-ILA has also criticized the red flag law.

“New Mexico’s ERPO law has been a failure, as has every gun-control law passed in New Mexico,” the organization said. “No one has been made safer as anti-gun lawmakers, elected with the support of billionaire gun control financier Michael Bloomberg, have rushed to trample on New Mexicans’ civil liberties with little or no due process. This law should not be expanded, it should be repealed.”

As of mid-February 2021, the ERPO law has been applied just four times across New Mexico since it went into effect in May, according to The Associated Press.

The Administrative Office of the Courts confirmed Tuesday that a total of four petitions for extreme risk firearm protection orders had been filed through January in Eddy, Santa Fe, Taos, and San Juan counties.