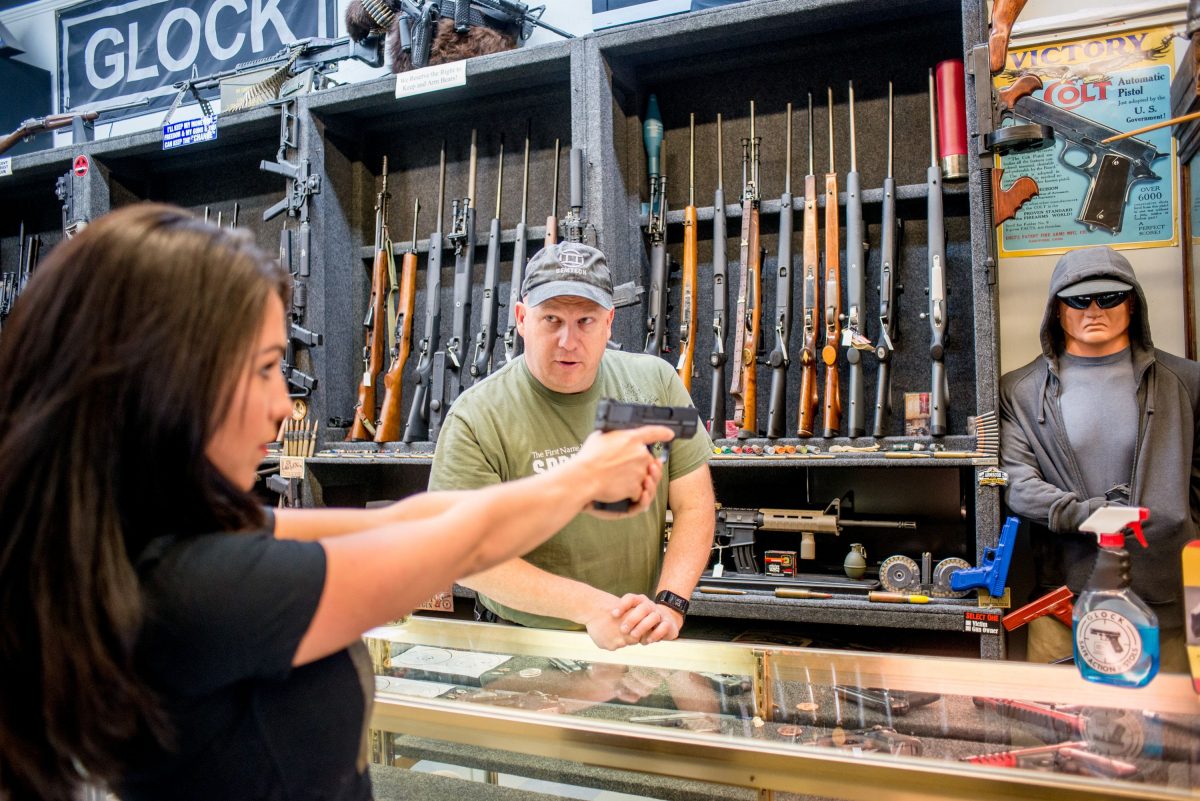 The House approved two bills on Thursday that expand background checks on individuals who are seeking to purchase or transfer firearms and lengthens the review period for background checks from three days to up to 20.

“It’s just a way for gun control advocates to impose what can be long waiting periods on people to be able to go and buy a gun,” Lott said.

The bills would still need Senate approval before becoming law, an outcome Lott said is unlikely, unless Democrats reach for the so-called “nuclear option” and get rid of the Senate rule that requires a 60-vote majority to pass most legislation.

“If the filibuster remains, I don’t think they’ll get it passed,” Lott said, noting that the two bills are a kind of “testing the water” of tighter gun legislation on the part of Democrats before potentially moving forward with more ambitious proposals.

Lott, who holds a doctorate from the University of California at Los Angeles and is perhaps best known for his 1998 book, “More Guns, Less Crime,” told NTD in the interview that advocates of tighter gun laws make the false correlation that gun ownership drives crime. Rather, it is public perception of crime that drives people to buy guns out of concern for their safety.

“The reason why people went out and bought the guns was because of the increased crime and increased fear that they had,” he said. “It wasn’t the gun sales, and then the increase in violence. It’s that people were seeing riots, they were seeing that police weren’t able to respond, they saw with the coronavirus police being not allowed to go and respond to calls. And that is what caused them to go and buy guns, not the reverse,” Lott added.

Record numbers of firearms have been sold recently in the United States. According to recent figures from the FBI’s National Instant Criminal Background Check System (NICS), gun sales in January surged by almost 10 percent month-over-month and about 60 percent as compared to January 2019. February sales have tempered, however, falling 20.3 percent month-over-month, but still 23 percent higher than in February 2019.

While both violent and property crime across the United States has fallen significantly since the early 1990s, when crime surged across much of the nation, there have been spikes in some types of violent crime in some regions in recent years. In Chicago, for instance, murders have risen by 82 percent over the past two years, as of March 7 (pdf), while shooting incidents have increased by 71 percent in the same period. Overall crime in Chicago has fallen by 18 percent over the past two years, however.

At the same time, even though data shows that overall crime has fallen nationwide, Americans tend to believe crime is up nationally, according to a recent Gallup survey. It found that 78 percent of Americans believe there is more crime in the United States compared to a year ago, up 14 percentage points from last year and reminiscent of figures not seen since the early 1990s.

Rep. Mike Thompson (D-Calif.), who co-sponsored one of the measures, known as H.R. 8 or the Bipartisan Background Checks Act of 2021, said, “this bill is a critical step toward preventing gun violence and saving lives.”

Jason Ouimet, executive director of the National Rifle Association Institute for Legislative Action, said in a statement that the bill would only penalize law-abiding citizens and do little to reign in crime.

“H.R. 8, so called ‘universal’ background checks, cannot be enforced without a federal gun registry, will not prevent crime, and will turn otherwise law-abiding citizens into criminals for simply loaning a firearm to friends or family members,” Ouimet wrote.

Lott said that not only would the measures be unlikely to reduce crime, they might actually have the opposite effect.

“If you primarily disarm law-abiding citizens relative to criminals, you’re actually going to see increases in violent crime,” he said.

Lott said that his research “convinces me that police are the single most important factor for reducing crime,” noting that deterrents to crime like higher arrest and conviction rates, and tougher penalties, all “make it riskier for criminals to go and commit crime.”

“But the police themselves understand that they virtually always arrive on the crime scene after the crimes occurred. And the question is, what should people do when they’re having to confront a criminal by themselves?” he said.

“The fact that a victim might be able to go and defend themselves also makes it riskier for criminals to go and commit crime,” Lott said, summarizing the key argument he makes in his book, that guns in the hands of law-abiding citizens act as a deterrent to crime.

One of the Republicans who voted against H.R. 8 said these measures won’t make Americans safer.

“The idea that this is going to make us safer is laughable,” said Rep. Mary Miller (R-Ill.) on the House floor on March 11. “Criminals looking to get their hands on firearms to use in crimes are not going to submit to background checks. Only law-abiding citizens will follow the law. This is a back door means of setting up a national registry of firearms—something I completely oppose.”

Miller added that the United States has “enough gun laws,” but she said that “we need is to make sure the laws we have are enforced.”