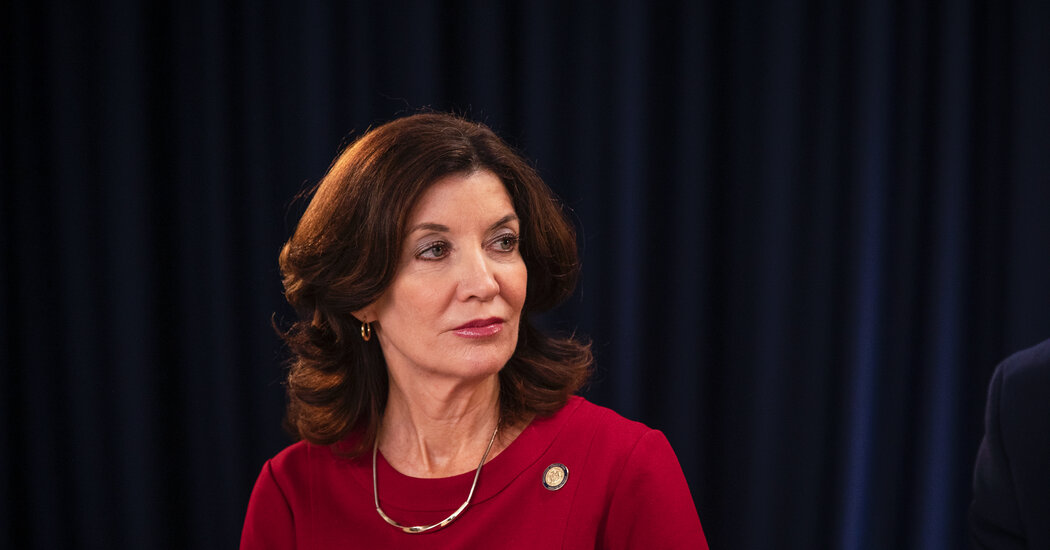 While she has been part of the Cuomo administration as it moved to the left in recent years and has certainly embraced that shift, Ms. Hochul has generally been perceived as a relative moderate, and earlier in her career, even as a more conservative Democrat on some matters.

Indeed, as the Erie County clerk, she was a vocal opponent of efforts to offer driver’s licenses to undocumented immigrants. As a member of Congress, she received an “A” rating from the National Rifle Association, though over the years she has said that her views on both matters have changed, and, her allies note, she has long been supportive of other top Democratic priorities, including abortion rights.

“I would call Kathy a Joe Biden Democrat,” said Len Lenihan, formerly the longtime chairman of the Erie County Democratic Committee. “She’s very good with the base of the party but has ability to appeal to people beyond the solid base.”

There are still signs that Mr. Cuomo has maintained support in the state: A Siena College poll released on Monday suggested that more New Yorkers than not believe that he has committed sexual harassment, but half of those surveyed say that he should not immediately resign.

That dynamic was on display even on Ms. Hochul’s home turf. Outside of a prominent local pub, where a Democratic councilman was hosting a fish fry fund-raiser, Lori Marranca, 51, said she liked Ms. Hochul more than Mr. Cuomo — “I think she seems more fair.” But, she said, “I don’t know if he needs to be impeached.”

Troy Brahaspat, 38, added, “I don’t think it’s fair to rush any decision. He’s been the only levelheaded thing that helped us get through to where we are today, through the pandemic.”

As for Ms. Hochul, he said, while her office has been helpful, “I don’t really have opinions.”

Polls show that Ms. Hochul is not well-known to voters around New York despite twice winning statewide office after a steady rise in politics, beginning as a Capitol Hill aide to Mr. LaFalce and Senator Daniel Patrick Moynihan.