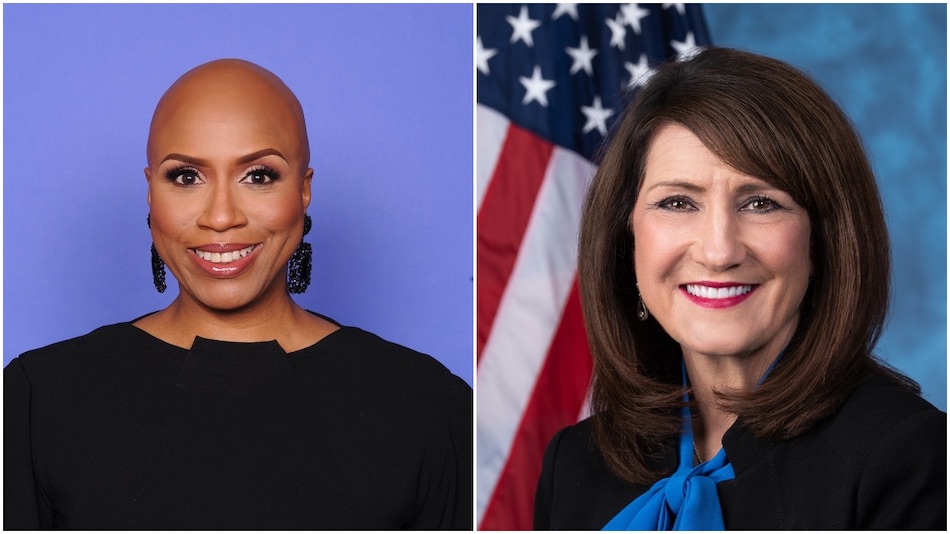 The U.S. House of Representatives approved an amendment to create the first grant program dedicated to supporting LGBTQ survivors of intimate partner violence as part of the reauthorization of the Violence Against Women Act.

Passed in 1994, the Violence Against Women Act was intended to support programs for domestic violence, sexual assault, and stalking survivors. In 2013, the act was reauthorized, this time with expanded protections for LGBTQ people, and Native American, immigrant, and transgender women. The act expired in 2018, and was temporarily extended, with those protections intact, until February 2019, when it expired again.

In April 2o19, the Democratic-led House of Representatives voted to reauthorize it for five years, but the Republican-led Senate never voted on it. President Joe Biden promised on the campaign trail to sign the reauthorized bill into law in the first 100 days of his presidency.

The amendment setting up the grant program for LGBTQ domestic violence survivors was introduced by Rep. Ayanna Pressley (D-Mass.) and Rep. Marie Newman (D-Ill.), who is the mother of a transgender daughter.

Pressley told NBC News that the amendment would help create more support services for LGBTQ people, who experience intimate partner violence and sexual assault at rates higher than or equal to the general population. For example, according to the Centers for Disease Control and Prevention’s 2010 National Intimate Partner and Sexual Violence Survey, 22% of bisexual women reported being raped by intimate partners, compared to 9% of heterosexual women.

The amendment includes provisions to make safe housing more accessible to survivors of intimate partner violence and to ensure that individuals who leave jobs due to sexual harassment, assault, violence, or stalking cannot be denied state. unemployment benefits, for example.

The bill, which is inclusive of people of transgender identities, would also improve and expand aid and services for victims and survivors, including provisions to make safe housing more accessible and ensuring that state unemployment benefits cannot be denied to individuals who leave jobs due to sexual harassment or assault, domestic or dating violence, or stalking.

“The Violence Against Women Act is about saving lives and ensuring justice for survivors who have suffered in silence for too long,” Pressley said in a statement. “But until now, Congress’s efforts have overlooked the hurt and harm felt by LGBTQ+ survivors, especially trans women of color. I’m proud that this year’s Violence Against Women Act included my provision to create grants and services dedicated to serving members of the LGBTQ+ community.”

Pressley also pointed to the recent slaying of eight people, including seven women, six of whom were Asian women, at three separate spas in the Atlanta area, as evidence that gender-based violence is intersectional and still prevalent, thereby necessitating federal action to protect vulnerable communities and individuals from various forms of violence.

“Domestic, sexual, and emotional violence is a tragic fact of life for far too many women in our country, especially including those from our LGBTQ+ community who, in nearly every category, face higher rates of violence than straight women. Violence against transgender Americans, particularly Black and Brown transgender women, has become a national epidemic,” Newman said in a statement.

“On top of this harsh reality is the alarming rate at which LGBTQ+ survivors cannot access services solely because of their sexual orientation or gender identity. That’s why as part of the reauthorization of the Violence Against Women Act, Rep. Pressley and I proposed this critical amendment to ensure that a portion of federal grant funds as part of this legislation are targeted towards services and resources for our LGTBQ+ survivors and communities,” she added. “This new grant program is specifically designed to combat domestic violence against LGBTQ+ individuals through prevention education, outreach, training to victim service organizations and other entities…. We must do more to protect all women, including lesbian, gay, bisexual, transgender and queer women.”

The House ultimately approved the grant program as part of a package of amendments on a 228-197 vote, with 11 Republicans voting to adopt the package of amendments. The overall VAWA bill passed on a 244-172 vote, with 29 House Republicans voting to authorize it. Many of the Republican objections to the bill focused around the inclusion of transgender women and LGBTQ victims, or the closing of the “boyfriend loophole,” a provision opposed by the National Rifle Association. That provision would prohibit dating partners and stalkers convicted of domestic violence or assault from owning firearms, just as the law currently does for spouses convicted of domestic violence.

Senate Republicans are expected to offer their own version of the act, minus the LGBTQ protections and the provisions closing the “boyfriend loophole,” among others. That could hinder the act’s reauthorization, especially if Republicans vote in lockstep and refuse to vote for cloture to end debate on the bill — another consequence of Democrats’ failure to reform or eliminate the legislative filibuster.

Rodrigo Heng-Lehtinen, the deputy executive director for the National Center for Transgender Equality, praised the creation of grant funding for LGBTQ survivors of violence and assault.

“Grant funding ensures that local trans communities are given access to protection from the constant violence we experience every day and give us opportunities to live better and more meaningful lives,” Heng-Lehtinen said in a statement to NBC News. “To have safe spaces for trans survivors is one of many steps in combating the atrociously high murder rates that hurt our community on a daily basis and therefore, we are grateful for Rep. Pressley’s and Rep. Newman’s strong advocacy when it comes to the lives of trans people across this nation.”

David Johns, the executive director of the National Black Justice Coalition, praised the reauthorization of the overall Violence Against Women Act as “a critical first step in mitigating the epidemic of violence facing our communities” and urged the Senate to follow the House’s lead.

“Black women, specifically Black LGBTQ+ and same gender loving women, face disproportionate amounts of sexual harassment and domestic violence, but too often law enforcement lacks the cultural competency with these communities to adequately address these harms and protect us,” Johns said in a statement. “The Violence Against Women Act would provide critical funding to address these gaps and ensure that our sisters are protected and treated with dignity — they deserve this at the very least.”

“Gender-based violence, which has been further exacerbated by the COVID-19 pandemic, has had devastating effects on survivors, their families, and their communities,” Wade Henderson, the interim president and CEO of The Leadership Conference on Civil and Human Rights, said in a statement urging the Senate to swiftly take up and pass the legislation. “While every survivor needs support, survivors from marginalized or otherwise underserved communities are less likely to be able to access the services they need to heal and rebuild their lives. The reauthorization of the Violence Against Women Act provides crucial civil and human rights protections and promotes access to services for all survivors.”

President Joe Biden, the original sponsor of the Violence Against Women Act, praised the House’s passage of the act, calling it one of his proudest legislative accomplishments. He also spoke favorably of the additional protections that have been added over the years to protect marginalized and underserved communities.

“While we have made significant progress, there is still much work to do. As many as 1 in 3 women are subjected to domestic violence, dating violence, sexual assault, and stalking at some point in their lives, and the rate is even higher for women of color, Native American women, and members of the LGBTQ community,” Biden said in a statement. “Growing evidence shows that COVID-19 has only exacerbated the threat of intimate partner violence, creating a pandemic within a pandemic for countless women at risk for abuse. In short, this is an urgent crisis.

“This should not be a Democratic or Republican issue — it’s about standing up against the abuse of power and preventing violence,” he added. “I am grateful to the House of Representatives for their leadership and dedication to ending gender-based violence. Now, I urge the Senate to follow past precedent and bring a strong bipartisan coalition together to ensure the passage of VAWA so that I can sign this legislation as soon as possible.”