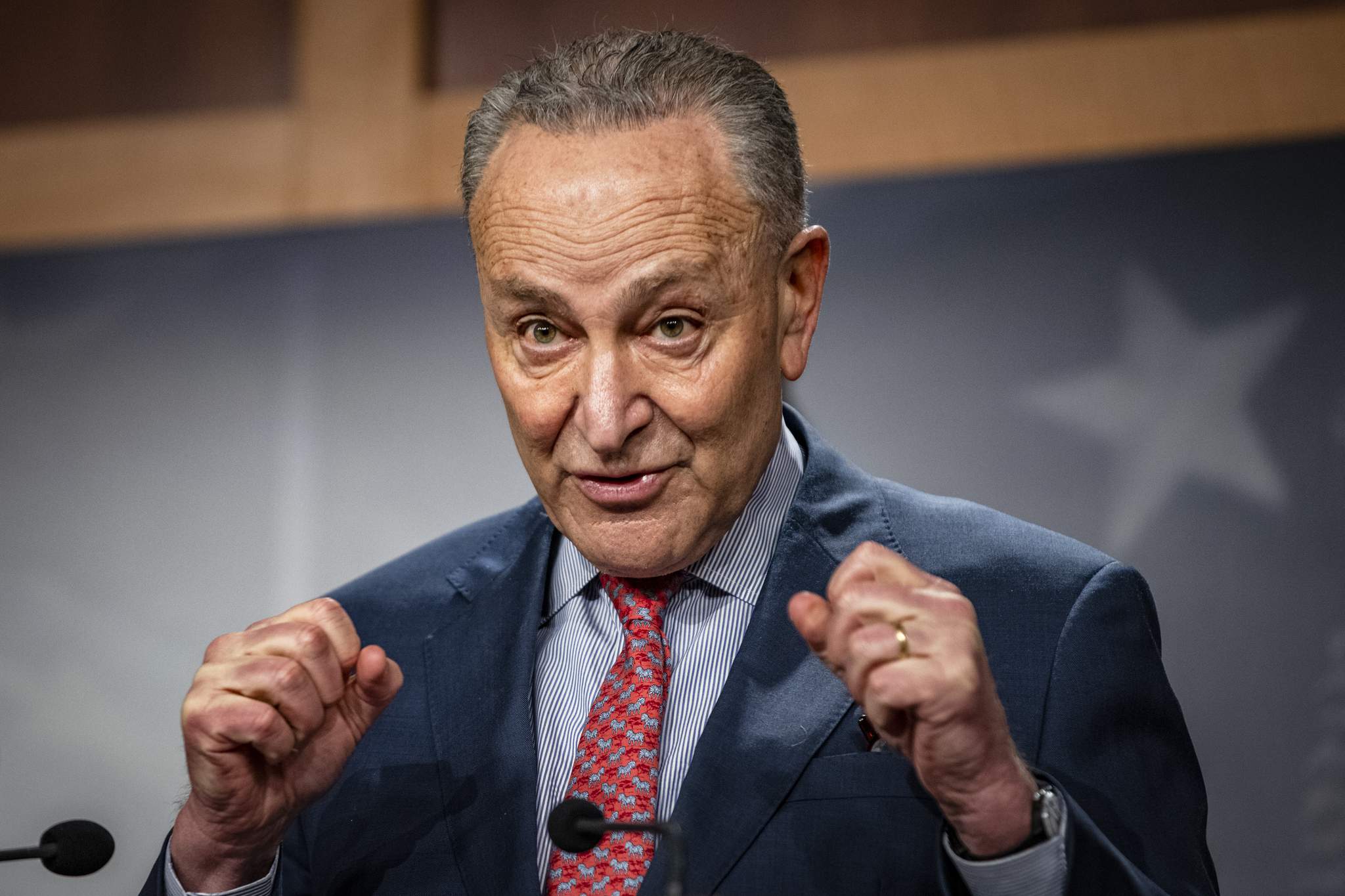 WASHINGTON – Senate Democrats say they are pushing toward a vote on expanded gun control measures as the nation reels from its second mass shooting in a week. But prospects for any major reform are dim, for now, in the closely divided Congress.

Senate Majority Leader Chuck Schumer vowed Tuesday morning to bring to the Senate floor legislation passed by the House that would require background checks for most gun sales and transfers. He said the Senate “must confront a devastating truth” after a lack of congressional action on the issue for almost three decades.

“This Senate will be different,” said Schumer, D-N.Y. “The Senate is going to debate and address the epidemic of gun violence in this country.”

The Senate Judiciary Committee was holding a hearing on proposals for gun control Tuesday, a day after a shooting at a crowded Boulder, Colorado, supermarket, killed 10 people, including a police officer.

It is unclear whether any of the bills up for consideration — most of them involving more restrictive background checks — would have made a difference in that case. A 21-year-old man charged with killing eight people in the Atlanta area last week had purchased a 9 mm handgun hours before the murders, prompting advocates to push for longer waiting periods for purchases.

Connecticut Sen. Richard Blumenthal, who has aggressively pushed for expanded gun control since the 2012 shooting at Sandy Hook Elementary School that killed 20 children and six educators, expressed optimism about the chances for new laws with President Joe Biden in the White House and Democrats controlling the House and the Senate. He called it “the dawn of a new era.”

Reality may be more complicated. It remains unclear whether Senate Democrats can find deep enough support among Republicans to pass new gun control legislation in the 50-50 Senate, as they would need 60 votes to do so. While expanding background checks is generally popular with the American public, even with some conservatives, Congress has been unable to find a successful compromise on guns in decades, making it one of the most intractable issues in American politics.

The gun debate also highlights a larger difficulty for Senate Democrats as they try to move forward on gun legislation and other policy priorities of the Biden White House. With the filibuster in place, forcing a 60-vote threshold for most legislation, House-passed bills on issues like gun control and voting rights are effectively nonstarters unless Democrats secure significant GOP support.

Still, Democrats say they feel the environment around gun legislation is different now, especially since the last major push in 2013, when they tried to pass new laws after the horrific Sandy Hook shooting. They point to troubles at the National Rifle Association, the long-powerful advocacy group that poured tens of millions of dollars into electing Donald Trump in 2016. The organization has been weakened by infighting as well as legal tangles over its finances.

“This is the moment to make our stand. NOW,” tweeted Connecticut Sen. Chris Murphy as details of the Colorado shooting emerged Monday evening. “Today, our movement is stronger than the gun lobby. They are weak. We are potent. Finally, a President and a Congress that supports gun reform.”

Democrats are hoping there is a gradual political shift among voters as well. A Pew Research Center poll in September 2019 showed a wide majority of Americans, 88%, supported making private gun sales and sales at gun shows subject to background checks, which is what the House-passed bill would do. Ninety-three percent of Democrats and 82% of Republicans were in favor of the policy.

But change does not come easy in the Senate. Republican Sen. Pat Toomey of Pennsylvania and Democratic Sen. Joe Manchin of West Virginia have worked together for years to find compromise on background checks but have yet to propose anything that will pass. Many in the GOP base are still strongly opposed to gun control of any kind.

And in Tuesday’s hearing, which was scheduled before the Colorado shooting, Republicans showed no signs of wavering. Texas Sen. Ted Cruz said that every time there is a shooting, the Senate engages in “ridiculous theater,” with Democrats proposing laws that he said could take guns away from law-abiding citizens. Republicans have argued that background checks would not stop most mass shootings and would prevent some lawful gun owners from purchasing firearms.

Legislation passed by the House two weeks ago would close loopholes to ensure background checks are extended to private and online sales that often go undetected, including at gun shows. The legislation includes limited exceptions allowing transfers of firearms that are gifts from family, that are to prevent imminent harm or that are for use at a target range, among others.

A second bill would extend a review period for background checks from three to 10 days. Rep. Jim Clyburn, D-S.C., introduced the legislation after a shooter killed nine people at a Charleston, South Carolina, church in 2015. The FBI said afterward that a background check examiner never saw the shooter’s previous arrest report because the wrong arresting agency was listed in state criminal history records, and the gun dealer was legally permitted to complete the transaction after three days.

House Speaker Nancy Pelosi, D-Calif., said after the shooting in Boulder that “action is needed now to prevent this scourge from continuing to ravage our communities.”

Copyright 2021 The Associated Press. All rights reserved. This material may not be published, broadcast, rewritten or redistributed without permission.

Oxford council wants stricter federal gun laws amid mass shootings
OPINION | LETTERS TO THE EDITOR: On raising age for gun | Teach social justice
Gun laws in Massachusetts unchanged follow Supreme Court ruling
‘In the United States, the Supreme Court no longer listens to the voice of the majority’
How the Senate broke through 30 years of gridlock to reform gun laws