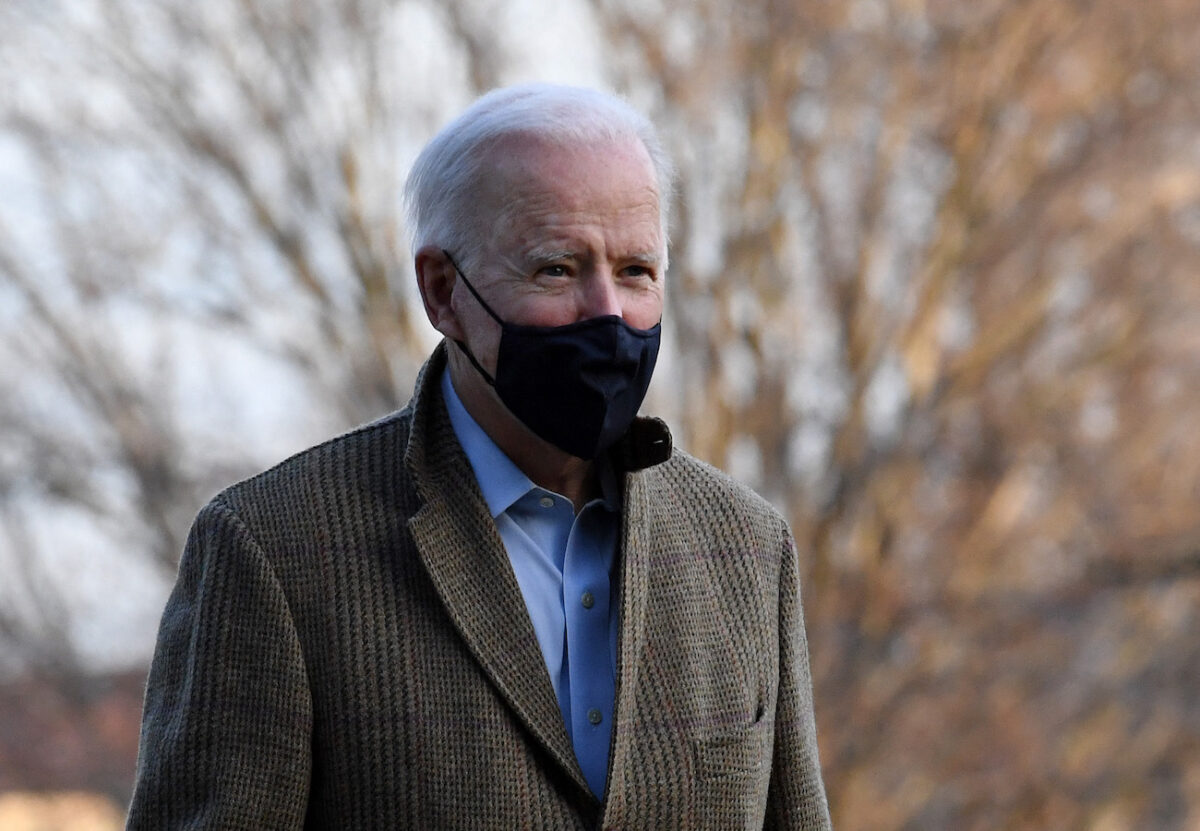 White House press secretary Jen Psaki told reporters on Tuesday that the Biden administration is considering a range of potential actions on gun control, including executive actions, in the wake of a mass shooting on Monday.

When asked about whether there will be new executive action on gun violence, Psaki responded, “We are certainly considering a range of levers, including working through legislation, including executive actions to address not just gun safety measures but violence in communities.”

Psaki didn’t provide a definitive answer as to whether President Joe Biden would propose legislation to repeal liability protection for gun manufacturers, something he had promised during his presidential campaign.

“There remain a range of options under consideration. And obviously, tragedies like last night and the shootings in Atlanta are just reminders of how vital it is to move forward on gun safety measures in a range of formats. But I don’t have an update on when those executive actions or what steps might be next at this point,” she said.

A shooting on Monday at a King Soopers supermarket in Boulder, Colorado, left 10 people dead, including a police officer. The alleged shooter was identified as Ahmad Al Aliwi Alissa, 21. Officials refused to comment when asked about the weapon the suspect used.

The suspect’s 34-year-old brother, Ali Aliwi Alissa, told The Daily Beast that his brother was mentally ill, disturbed, and paranoid, as well as “very anti-social.” He added that his sibling didn’t commit the shooting due to political or ideological reasons, blaming what happened on mental illness.

In a statement released on Tuesday, Biden expressed that he wanted prompt action on gun control.

“I don’t need to wait another minute, let alone an hour, to take commonsense steps that will save the lives in the future and to urge my colleagues in the House and Senate to act,” he said. “We can close the loopholes in our background check system, including the ‘Charleston loophole.’ That’s one of the best tools we have right now to prevent gun violence.”

The “Charleston loophole” is a provision in federal law that allows gun sales to proceed if a background check hasn’t been finalized in three days. The term is used by gun control activists in reference to a mass shooting in Charleston, South Carolina, on June 17, 2015.

Biden also said that he believes the Senate “should immediately pass the two House-passed bills that close loopholes in the background check system.”

The House passed two bills on March 11 on gun sales. The first bill, the Bipartisan Background Checks Act of 2021 (H.R. 8), expands background checks on people who are seeking to buy or transfer guns. The second bill, the Enhanced Background Checks Act of 2021 (H.R. 1446), would close the “Charleston loophole” by extending the background check period to 10 days. The two bills are pending before the Senate.

“These are bills that received votes of both Republicans and Democrats in the House. This is not and should not be a partisan issue; this is an American issue. It will save lives—American lives—and we have to act,” Biden said. “We should also ban assault weapons in the process.”

Biden added, “We can ban assault weapons and high-capacity magazines in this country once again. I got that done when I was a senator. It passed. It was law for the longest time, and it brought down these mass killings. We should do it again.”

The National Rifle Association, meanwhile, posted on Twitter the Constitution’s Second Amendment late on Monday: “A well-regulated militia, being necessary to the security of a free state, the right of the people to keep and bear arms, shall not be infringed.”

In a statement late on Tuesday, the gun rights advocacy group expressed condolences over the shooting and accused gun control advocates of having “already rushed to politicize this horrific situation—even as most of the salient facts remain unknown.”

“It is our longstanding rule to wait for all the facts to be known before making any policy statements,” they wrote.

The latest mass shooting in Boulder comes after a shooting last week on March 16 in Atlanta, Georgia, in which eight people were killed—including six of Asian descent—at three separate massage parlors.

Shooting suspect Robert Aaron Long, 21, claimed responsibility and reportedly told officers that his actions were not racially motivated, but was because he wanted to end his sexual addiction.

Zachary Stieber and Jack Phillips contributed to this report.