On March 12, a Colorado judge struck down Boulder’s municipal ban on assault-style rifles.

On March 22 he allegedly shot 10 people at a Boulder supermarket, killing all including a police officer.

The assault-style ban set by the municipality fell after a two-year court case, but is sure to stoke battles nationwide over city attempts to pass firearms regulations that are stricter than state or federal laws.

Police Tuesday did not say where the suspect purchased the Ruger pistol, which is designed to operate like a rifle. Even if bought in Boulder it’s unclear whether it would have been covered by the town’s former ban, which included many semi-automatic rifles and pistols.

Rudy Kahsar lays flowers at a makeshift vigil outside a King Soopers grocery store in Boulder, Colo. on March 23, 2021 the day after multiple people were killed, including a police officer. (Photo: Michael Ciaglo, USA TODAY)

Over the past few decades dozens of other towns, villages and cities have found themselves defending their efforts to restrict firearm sales and possession and use inside their communities.

They’re up against a campaign of nearly identical state laws, known as model legislation, by the National Rifle Association and other groups to mandate “preemption” – meaning local law can’t trump state or federal rules.

More: You elected them to write new laws. They’re letting corporations do it instead.

Preemption creates tension among conservatives, who traditionally favor local control and limited government but when it relates to gun rights advocate for uniformity in lieu of a chaotic patchwork of laws. States have used similar arguments to overrule local bans on soda, plastic bags and short-term vacation rentals.

Groups like the Second Amendment Foundation are on constant alert for new attempts to pass restrictions and have sent a wave of hundreds of warning letters to towns as a precursor to lawsuits. Last year, the group joined 21 civil suits in several states.

USA TODAY partnered with investigative outlet The Trace to analyze preemption laws in the wake of Monday’s deadly supermarket massacre.

California and Nebraska have narrow preemption laws, which allow regulation in some gun policy areas, but not others. Even then, new laws are routinely challenged in court.

The NRA supported the Boulder preemption challenge, brought by local gun rights groups, and cheered the judge’s ruling just days before the shooting as “something to celebrate.”

In addition to the Boulder case, Second Amendment Foundation and the NRA most recently won a February court ruling in Washington state over the city of Edmonds’ “safe storage” law, requiring gun owners to keep their firearms locked up and inaccessible to others, especially children. There, a judge again pointed to the state’s 36-year-old preemption statute.

“Preemption uniformity was a good idea in the 1980s and it is still the most commonsense way to deal with firearms regulation,” Alan Gottlieb, the SAF founder said at the time. “What is the law in one part of a state should be the law in all parts of that state.”

The Second Amendment Foundation and others like it have grown in prominence in recent years as part of the gun rights lobby that includes former NRA members who felt the organization wasn’t doing enough to protect individual gun rights.

Hannah Shearer, Giffords’ litigation director who helped on the Boulder lawsuit, said the intent of the 2018 law was to prevent access to “weapons that we know fuel deadly gun rampages.”

“Boulder and all communities should have the right to adopt the local gun laws that best protect their own residents from violence,” Shearer said Tuesday.

Ben Geffen, staff attorney with the Philadelphia’s Public Interest Law Center, which is representing gun violence groups aiding that city’s efforts to uphold a gun-related ordinance, said preemption laws stop municipalities from tailoring regulations to the needs of their communities. 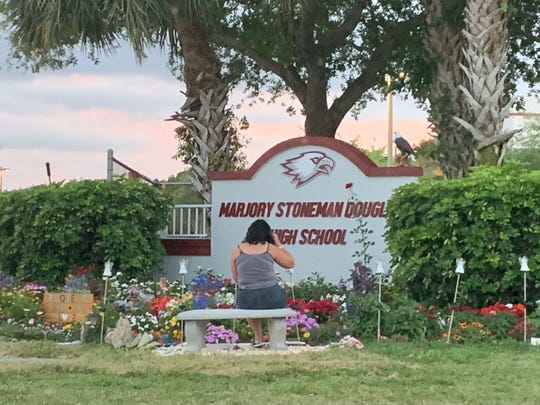 “What we saw in Boulder is another example of how a municipality was frustrated in its ability to regulate firearms when the state failed to do so,” Geffen said. “There’s no way to know if Boulder’s enforcement of those regulations would have stopped the shooting we saw yesterday, but there’s ample literature to show that even when gun safety measures are implemented in only one part of the state, they do put a meaningful dent in the gun violence problem.”

Gun policy groups point back to the colonial era, when Philadelphia and Boston passed gunpowder and gun use laws, as evidence that state legislators expressly granted cities the power to enact local rules about firearms. They also say violent frontier towns like Dodge City and Tombstone needed to have the flexibility to make visitors drop off revolvers with the sheriff at the city limits.

The spark that created the decadeslong state legislative battle to block a municipal patchwork of firearm laws started more recently in Morton Grove, Illinois, when the village adopted a local ordinance prohibiting the possession of handguns.

The NRA’s reaction was swift. In 1981, it backed a state law to block other laws statewide, a model that would be replicated in more than three dozen other states.

Some state versions of preemption statutes include penalties for lawmakers: In Florida, local officials face a $5,000 fine if they defend rules stricter than the state’s; Nevada awards attorneys fees to anyone who successfully challenges a local firearms law; Kentucky politicians face criminal penalties and civil damages if they violate the state’s firearm preemption law.

In 2014, Pennsylvania Gov. Tom Corbett approved a bill making it easier for outside groups to sue cities and towns for enacting their own gun restrictions. A state court eventually struck down that legislation on a technicality. By then, more than 100 municipalities had opted to repeal their ordinances rather than risk facing costly lawsuits. 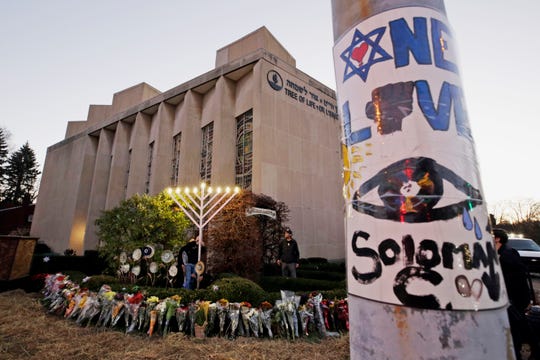 A menorah at a memorial outside the Tree of Life Synagogue in Pittsburgh, where 11 worshippers were shot and killed. (Photo: Gene J. Puskar, AP)

The preemption statute remains on the books in Pennsylvania, where plaintiffs have continued to cite it in seeking to overturn gun laws by the state’s major cities. An Allegheny County judge in 2019 struck down three gun-control measures passed by Pittsburgh following the fatal shootings of 11 people at the Tree of Life Synagogue. And Philadelphia is currently embroiled in a lawsuit over its enforcement of a local requirement that gun owners notify authorities when their weapons are lost or stolen.

Philadelphia Councilman Kenyatta Johnson, who chairs the city’s Special Committee on Gun Violence Prevention, said the Boulder shooting exemplified the “critical importance” of giving municipal leaders the power to enact policies that keep guns out of the hands out of dangerous individuals.

“Preemption has tied our hands behind our backs as we fight against this senseless gun violence taking place in our communities,” Johnson said. “In Philadelphia we nearly lost 500 people to homicides in 2020, and we’re on pace to pass the 500-mark in 2021 if we do not get this violence under control.”

What’s next for preemption, gun laws

A previously scheduled U.S. Senate hearing on Tuesday took on renewed vigor as legislators debated two measures to expand background checks and close the “Charleston loophole” – a gap in federal law that lets gun sales proceed if a background check is not completed within three business.

‘Public health crisis’: Senators debate how to stop gun violence in the wake of Boulder shooting

President Joe Biden on Tuesday urged Congress to pass the bills and also called for renewal of the federal assault weapons ban that expired in 2004.

Legal threats will continue for communities looking to take action on gun policy while Congress remains deadlocked, largely because of the filibuster and requirement that the Senate get 60 votes for federal action.

Not all city officials will respond or engage with those threats. In 2013, when the Second Amendment Foundation sent a raft of 28 legal threat letters to Maryland town officials, then-Walkersville town commissioner Russell Winch said he simply ignored it.

“We were confident that our town code was within our rights under state law,” Winch said. “Sometimes you have to stand your ground and make the best decisions for the town.”

The town maintains its ban on carrying loaded firearms in town limits, although with a list of exemptions including for those with state handgun permits.

That type of patchwork of laws is exactly what gun rights activists fear most, said Aidan Johnston, director of federal affairs at Gun Owners of America.

He takes an absolutist view of the Second Amendment and pointed to wasteful spending by cities that routinely pass new laws only to have them knocked down by state and federal judges.

“All gun control is unconstitutional,” Johnston said Tuesday. “The Second Amendment is clear that the right shall not be infringed, therefore local and state governments don’t have the authority to put restrictions on possessing or transporting or carrying firearms.”

Eileen McCarron, president of Colorado Ceasefire Legislative Action, said her group had long considered repeal of the state’s preemption statute as one of its highest priorities. In the wake of Monday’s shooting, she said the group is renewing its call for legislators to pass such a bill.

“We had been talking about seeking a repeal next year because this year is an election year and it’s tough getting gun bills passed in an election year, but we believe now is the time,” McCarron said. “It’s just so sad that it takes a tragedy for anything to happen legislatively.”

Nick Penzenstadler is a reporter on the USA TODAY investigations team, focusing primarily on firearms and consumer financial protection. Contact him at npenz@usatoday.com or @npenzenstadler, or on Signal at (720) 507-5273. Brian Freskos is staff writer with The Trace, a nonprofit investigative journalism outlet focused on firearms. Contact him at bfreskos@thetrace.org.