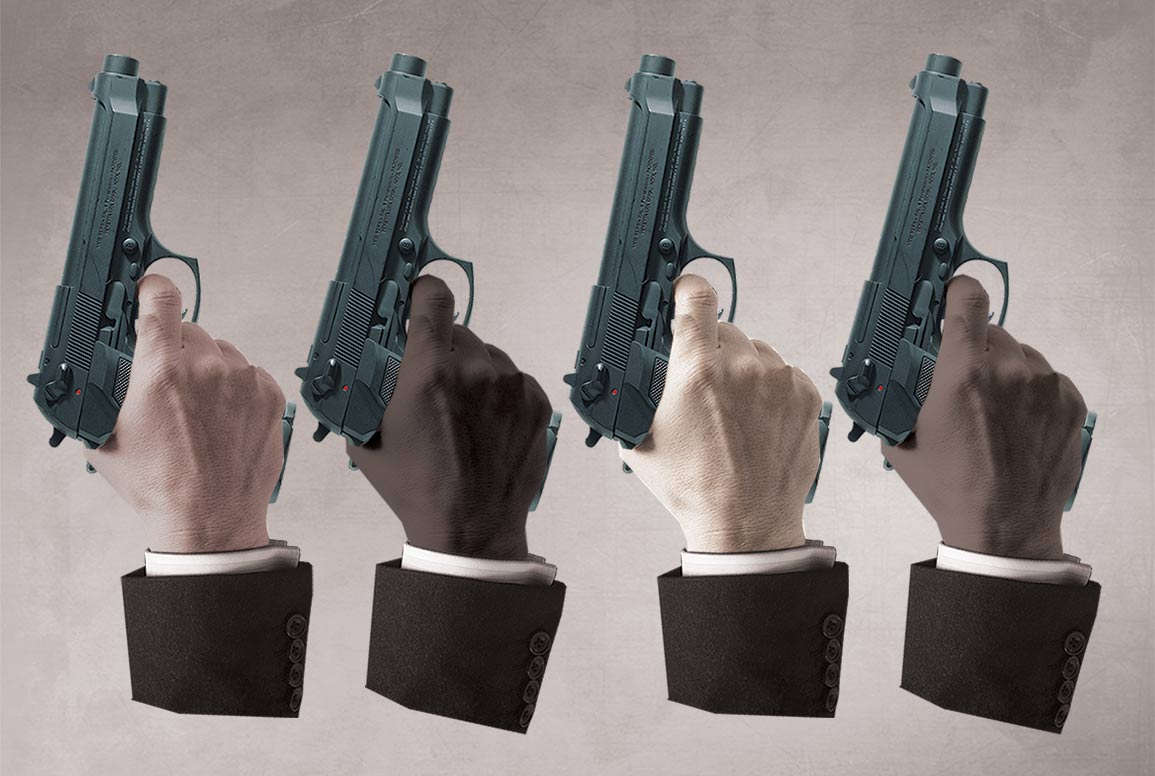 The Iowa Senate passed two bills concerning gun sales on Monday. The first removes the requirement for a person to be licensed to buy or carry a gun, and the second provides broad immunity against lawsuits to gun manufacturers and dealers. Both bills passed the Republican-controlled chamber on party-line votes.

HF 756 and HF 621 were already passed by the Iowa House and have been sent to the governor for her signature.

“This bill fundamentally changes the relationship between our state government and our citizens,” Sen. Jason Schultz, a Republican from Schleswig and the floor manager for HF 756, said on Monday as the whole Senate discussed it.

Under current Iowa law, anyone who wants to purchase or carry a firearm must receive a license from their county sheriff’s office. Before issuing the permit, the office runs a check on the applicant using the federal government’s database of persons excluded from owning firearms. If the person passes, they receive a permit valid for five years.

HF 756 eliminates the permit requirement, and therefore the background check by the sheriff’s office. Federal law requires any federally licensed firearms dealer to conduct a background check before completing a sale, but all other sales of firearms in Iowa could be done without background checks if Gov. Kim Reynolds signs the bill into law.

In place of background checks, the bill makes it a felony for any person to sell a firearm to a buyer they “know or reasonably should know” is not legally permitted to own one. Of course, proving what a person knows or should reasonably know can be a difficult legal standard to meet.

The bill would also eliminate any permitting requirements regarding carrying guns, either openly or concealed. In another demonstration of the Republican majority in the Legislature’s willingness to preempt the authority of local governments, HF 756 would eliminate the ability of cities and counties to create ordinances banning the carrying of “firearms, firearms attachments, or other weapons” when carrying them “is otherwise lawful under the laws of this state.”

The bill also allows off-duty law enforcement officers and reserve officers to carry guns on school property. Currently only on-duty officers can do so.

“Currently, whether we want to admit it or not, our system of permits is one of mistrust,” Schultz told fellow lawmakers during discussion of the bill on the Senate floor. “That means you can exercise a fundamental right, but you must prove yourself not guilty in advance.”

“That’s not how America is supposed to work.”

“It’s one of the reasons that with higher gun ownership in Iowa, we actually have a lower rate of gun violence,” Hogg said. “It’s because we have laws that support responsible gun ownership, not gun ownership for bad guys.”

Sen. Zach Wahls, a Democrat from Coralville and the Senate minority leader, pointed to the almost 15,000 gun sales the current background check and permitting system has prevented since 1998.

“If the system in Iowa isn’t broken, what are we doing here?” Wahls asked his fellow senators.

In the end, all 31 Republican senators voted in favor of the bill, and the chamber’s 17 Democrats voted against it.

Gov. Reynolds has not taken a public stand on the bill, but two years ago she said she was opposed to permitless carry. Schultz, however, said during a recent radio interview he knows Reynolds will be “excited” to sign HF 756 into law.

The other bill the Iowa Senate approved on a party-line vote, HF 621, would prevent lawsuits being brought to state court against gun manufacturers and gun sellers, except in a very limited number of circumstances.

The bill is based on a federal law that President George W. Bush signed in 2005 to protect gun manufacturers from lawsuits because of damage caused by their products. The manufacturers of other products — automobiles, toasters, cribs — can be sued if it can be shown their products are causing injuries or death when used as intended, and the company is not taking all reasonable steps to prevent the problem. Such lawsuits not only make a company pay for negligence, but can be used to force companies to introduce new safety features. After a series of lawsuits were launched in the late 1990s to force gunmakers to introduce more safety features, the NRA and other gun groups pushed to shield guns with special legal protections not available to other consumer products.

As a candidate, President Joe Biden denounced the Bush-era law and said he would repeal it. That’s why HF 621 is necessary, Schultz told the Senate on Monday.

“This is a good move to protect the Second Amendment rights by making sure that backdoor gun-control, people-control gun prohibition schemes are not allowed to proliferate in Iowa,” he said.

The bill, of course, would do nothing to prevent federal lawsuits if the 2005 law is repealed. It just bars Iowans from seeking legal remedies in state court.

10 people were killed after a gunman opened fire at a Boulder, CO, grocery store on March 22 — now survivors of the shooting are speaking out and sharing their stories pic.twitter.com/GwGzALLN2c

Early in the current legislative session, Republican lawmakers pushed through an amendment to the Iowa Constitution that would require courts to use “strict scrutiny” to evaluate any law touching firearms. That is the highest level legal review — it require any law to be as narrowly tailored as possible to serve a clear, compelling need of the state — and a higher level of review than the U.S. Supreme Court and other federal courts use in Second Amendment cases.

Proponents of gun control are concerned the amendment would result in courts invalidating existing gun regulations, and make any new regulations impossible to enact.

The amendment will go to the voters for their approval in the 2022 general election.

It is one of two constitutional amendments Republicans pushed through this session. The other is intended to prevent state courts from applying the strict scrutiny standard to laws impacting reproductive rights, even though the Iowa Supreme Court has ruled that is proper standard.

The amendment would add anti-abortion language to constitution for the first time, stating “this Constitution does not recognize, grant or secure a right to abortion or require the public funding of abortion.”

Thoughts? Tips? A cute picture of a dog? Share them with LV » editor@littlevillagemag.com